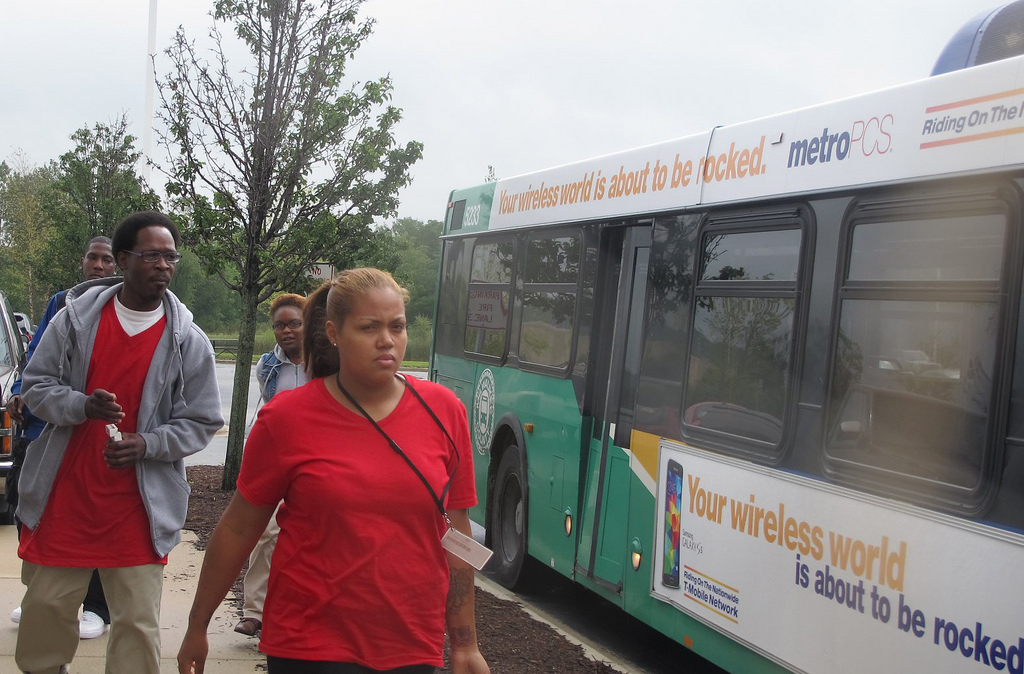 A Milwaukee County Transit System spokesperson says the agency is “very pleased to see the high ridership” on Route 6 to New Berlin. Riders hope the routes will offer more access to jobs.

A representative of Hatch Staffing Services, which hires for BuySeasons, handed out an information sheet listing the following “dress code requirements” for those seeking in-person interviews.

Khaki pants must be worn –NO JEANS allowed of any kind or color.

Plain red collared shirt (long or short-sleeved) at all times in the building – No writing allowed on shirts; v-neck, sleeveless or cut-off shirts are not allowed – this includes tank tops.

Absolutely NO tennis shoes are allowed.

Jewelry is not allowed in the building with the exception of a wedding band.

In addition, “cell phones are not allowed in the building – No exceptions,” the flier reads.

“You will not be allowed in the building if you do not adhere to the dress code or facility policies mentioned above.”

BuySeasons is an online retailer and supplier of costumes, accessories, seasonal décor and party supplies. Jobs at BuySeasons pay $8 to $11 per hour.

Discussing the rules, Becher said that while some people from the central city want to work and are willing to do whatever is necessary, including traveling an hour and a half each way on the bus, some people don’t really want to work. “They are smart and they know how to work the system,” he said.

Rev. Willie Brisco, president of Milwaukee Inner-city Congregations Allied for Hope (MICAH), took exception to Becher’s comments. “(Some people) look at the whole population and generalize” from the behavior of a few to the whole group. Whenever you do that, you are not getting an accurate picture,” he said.

“A far larger part of the community wants what every American wants… They want to get a job and earn a living and they need to be given access to do that,” he added.