You are here: Home / News / Arts and Recreation / Milwaukee Mural Map documents some of city’s visual treasures
Share this... 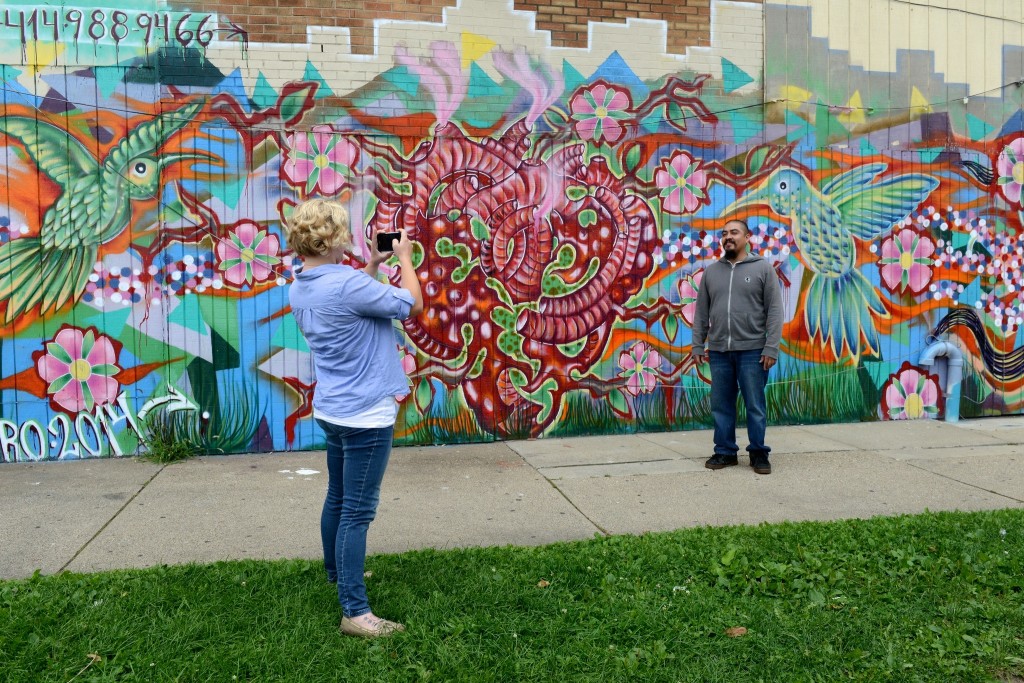 Caitlin Sprague has an idea for reducing the divide between the city and the suburbs. She wants to familiarize suburbanites with city neighborhoods by giving them tours of Milwaukee’s murals.

“I want to draw people in from the areas around Milwaukee to come and get to know (the city) a little bit better, to get to know the communities,” she said. Sprague hopes that the opportunity to talk and interact would decrease everyone’s fear and prejudice.

While in graduate school studying social work, Sprague, 27, toured Philadelphia’s murals and was inspired to create her own version of the project after returning to Milwaukee last year. She recently launched Milwaukee Mural Map, a Web site that maps and explains more than 70 central city murals. A community organizer working for Safe & Sound’s 27th Street West Drug Free Coalition, Sprague wants to use the map to promote social justice. 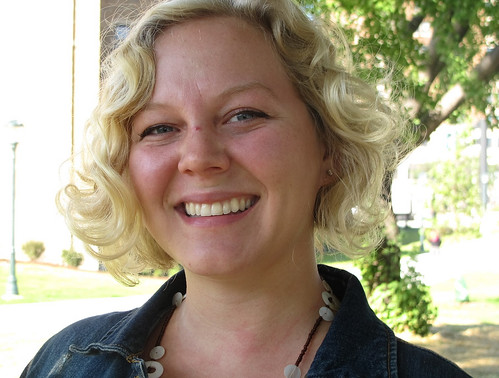 The Philadelphia Mural Arts Project includes a restorative justice initiative, which brings perpetrators of serious crimes together with their victims’ families and friends to promote healing. Sprague would like to see a similar project in Milwaukee.

Adult inmates and juvenile delinquents are given the opportunity to combine art instruction, mural making and community service work, to repair the harm they may have caused.

There “is a growing emphasis on re-entry, reclamation of civic spaces, and the use of art to give voice to people who have consistently felt disconnected from society,” according to the Philadelphia Mural Arts Project Web site. Sprague said that the participants discuss the crimes and work together to create murals, which are displayed around the city. 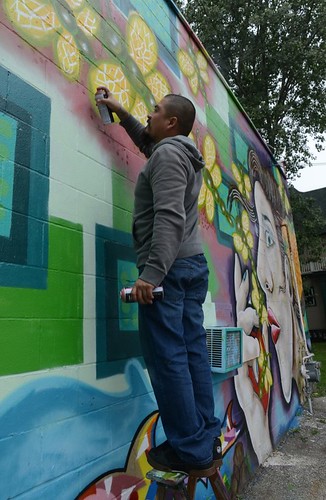 Sprague’s Safe & Sound colleague, Al Hegwood, said he noticed her aesthetic sensibility and creative approach to everything she does early on in their friendship. Those qualities, together with her warmth and people skills make her an effective organizer. “Her energy is fantastic, and it shows in her work too. Whenever she takes on a project, it’s always thorough and always with the common folks in mind,” he added.

The Milwaukee Mural Map depicts camera icons on a city map, representing each of the murals. Each icon opens an information box that provides the mural’s name, location, artist, date, description and directions to find it. The site also includes a gallery of photos of the murals, information about the muralists, space for adding one’s own mural photos and bike tour routes for viewing many of the murals.

Sprague researched the history of every mural, speaking with artists, historians and building owners. Some, like the one on the Milwaukee County Transit Bus Depot at the three-way intersection of Mitchell Street, 1st Street and Kinnickinnic Avenue, have mysterious origins, which she has been unable to unearth. Sprague said there are about eight more murals that she’s still investigating. Her Web site invites users to point out murals that are not on her map.

Hegwood said he is impressed that Sprague “hung in there so long to develop this remarkable map. … It’s fantastic.”