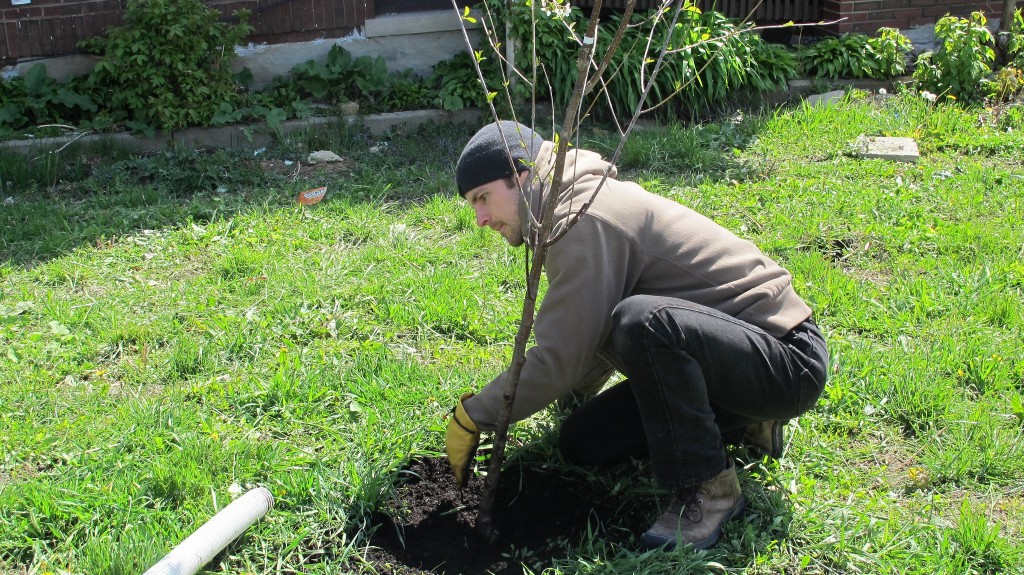 Chris Nelsen was broke, but not broken.

With his six children and wife eating peanut butter and jelly sandwiches while huddled in a single motel room on the city’s South Side, he set out to make some money.

Twenty dollars, to be exact. His job: to shovel dog poop from a woman’s yard.

The dog owner found Nelsen on Craigslist, where he placed online advertisements, pleading with readers to hire him for any type of manual labor so he could feed his family and to pay the $250 for a week’s stay at the motel.

“I’m not the one that is important in this picture. It’s them I am concerned about. It’s them that I have to take care of,” said Nelsen, referring to his family. 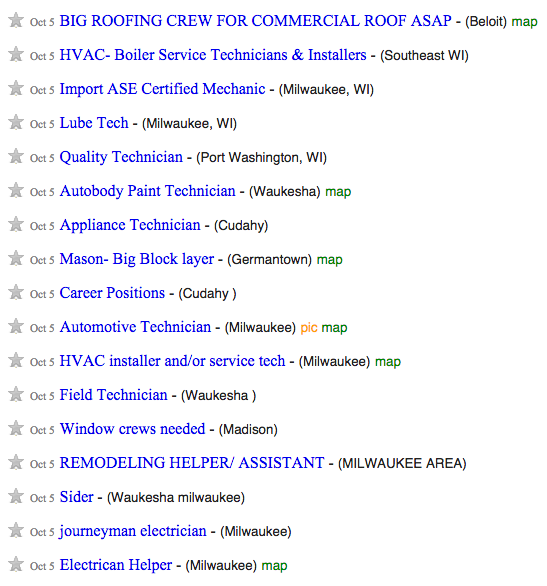 For years, Craigslist has been a popular online marketplace for sellers and buyers of every item under the sun. It also has become a virtual employment center for several Milwaukee men struggling to find steady work.

Unable to make it on $7.25 an hour at a temporary job with a local paper plate and napkin manufacturer, Milwaukeean Chris Baras, 25, also turned to placing a few advertisements on Craigslist. His specialty is picking up garbage, hauling away old appliances and demolition work.

“People usually call if I set a fair price, because there are a lot of guys out there that are charging everything that you have to get rid of almost nothing,” said the father of one child.

Baras’ income generated through jobs on Craigslist fluctuates depending on demand. He estimated that he makes about $250 a week. On a good week, he can earn $400.

“It can be difficult. I have to sometimes make the choice between gas to get to work and … food for my daughter,” he said. “It’s not always easy.”

It has never been financially easy for Nelsen, a Milwaukee native. He was the only child of his poor single mother who relied on welfare and food stamps to feed and shelter him. “I came home one day from high school and she was gone,” he said.  “There was a note on the door from my mother that said, ‘Moving out of the state. Have a nice life.'”

Nelsen dropped out of school and lived on the street, sleeping in boxcars, on the roof of a school on Grange Avenue and, on occasion, at homeless shelters. He eventually finished high school through Job Corps, where he took carpentry classes for a year, got married and started having kids.

A self-proclaimed survivor, Nelsen learned how to paint and tile, and made enough to support his family through small manual labor jobs until recently, when work dried up and two employers stiffed him. “I had nothing,” he said. “We wound up homeless.”

Michael Broghn, 30, a high school graduate who studied criminal justice at Milwaukee Area Technical College (MATC) for a while, was working a good-paying job as a forklift operator until he was laid off a few years ago.

Broghn toiled in low-paying fast-food and telemarketing jobs before turning two years ago to Craigslist, where he placed a free advertisement for his manual labor services that included a few lines about how hard he works and his contact information.

Broghn typically starts his day at about 5 a.m., republishing his advertisement for services on the free site. He then waits for phone calls and emails from those needing any sort of manual labor. “It depends. It’s crazy. You never know who’s going to be on there and what’s going on,” he said.

He now focuses on helping unload large truck deliveries throughout the city, jobs that typically pay about $50 for two or three hours of work. Broghn said there is a steady stream of truck drivers who go on Craigslist to find help unloading their cargo and are willing to pay cash.

“I don’t know why they don’t have extra help. They must rely on Craigslist when they come driving in with all of this cargo and they don’t even have a helper with them,” he said. “Obviously, they know they will find someone.”

Broghn, who refuses to take any type of government assistance, lives with his brother-in-law, who charges about $250 a month for rent and utilities. His monthly income depends on the amount of demand and the types of jobs he is willing to take. “I did a moving job for a person and (the home) was just filth with rats and rat shit,” he said. “It was horrible.”

Like Broghn, It’s that whatever-it-takes attitude that drives Nelsen.  “I’m not sitting around watching Oprah Winfrey and eating bonbons waiting for the next check to be handed to me,” Nelsen said. “I’m not putting ads on Craigslist asking for money. Let me work. I’ll work. I will do something for it.”