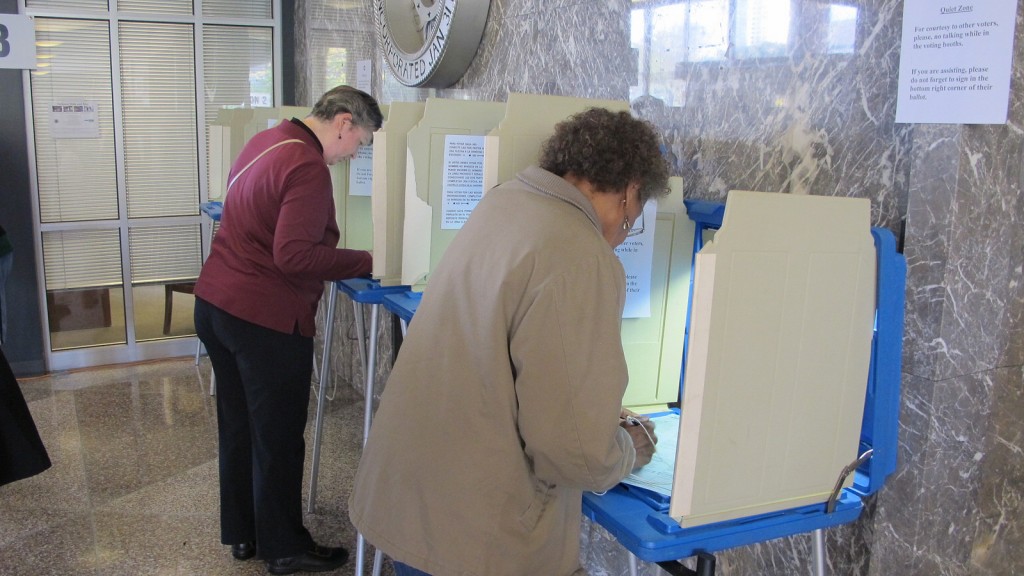 Voters cast their ballots at the Zeidler Municipal Building on the first day of early voting. (Photo by Andrea Waxman)

Wisconsin voters will not be required to present photo ID cards to vote in the General Election on Nov. 4.

Voters may be confused because the law, known as “Act 23,” has been blocked by various courts since it was enacted in 2011. In what is probably the final judicial ruling on Act 23 before the Nov. 4 election, the U.S. Supreme Court blocked implementation of Wisconsin’s voter photo ID law on Oct. 9. The majority agreed with challengers to the law who argued that it would likely “cause chaos at the polls.”

The Supreme Court has not yet decided whether it will further review the ruling by the U.S. Court of Appeals that upheld the law on Sept. 12. 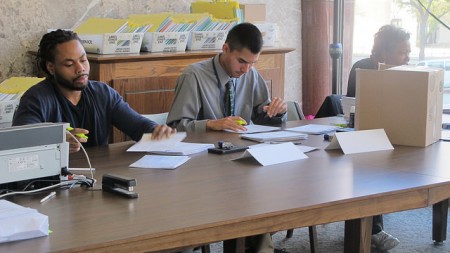 “I welcome this Supreme Court ruling and the strong message it sends to all who think they can manipulate our voting laws just because they disagree with what we have to say,” said Rep. Gwen Moore. “Those who trample on our civil liberties with impunity in pursuit of political supremacy forget that this nation was built on the principle that we all are ‘created equal.’”

Prior to that, Act 23 was blocked by federal district Judge Lynn Adelman on April 29. Adelman ruled that the law is unconstitutional and violates the federal Voting Rights Act.

Early or “absentee” voting began Monday, Oct. 20. “Wisconsin is a ‘no excuse’ absentee voting state, meaning you can vote by absentee ballot for any election for any reason, including convenience,” according to the City of Milwaukee Web site.

There are two ways to vote by absentee ballot before any election: Voters can vote “in-person absentee” by casting ballots at the Zeidler Municipal Building, 841 N. Broadway, before the election; or “by mail absentee” by requesting a ballot by mail that would be mailed back in a postage-paid reply envelope. Requests for an absentee ballot by mail must be received by 5 p.m. Thursday, Oct. 30.