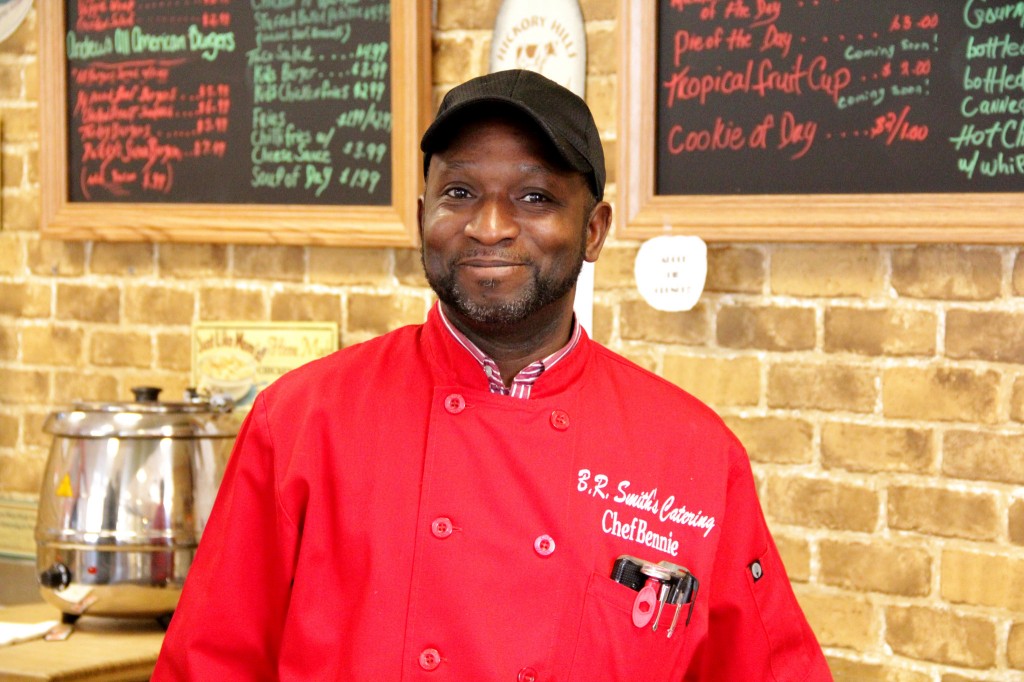 From our partners at OnMilwaukee.com: 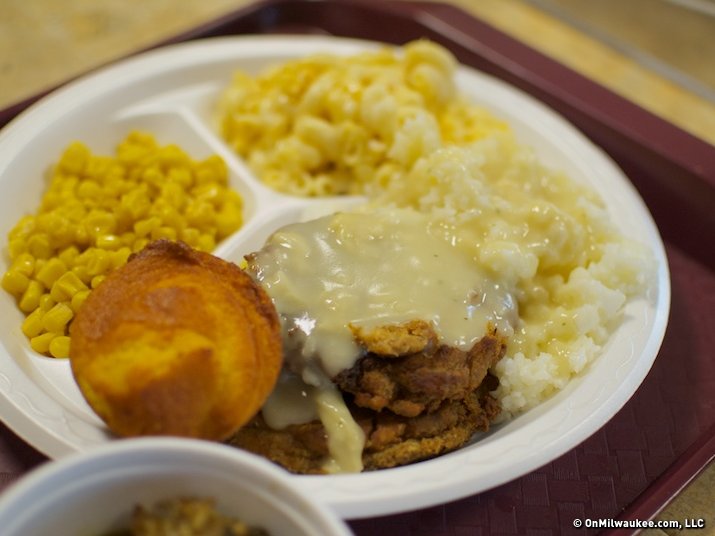 Bennie Smith’s inspiration to open a restaurant came from two sources: his desires to have a home for his already-established catering business and to celebrate fatherhood. Earlier this month, Smith – along with his wife of 22 years, Angela – opened Daddy’s Soul Food & Grille, 754 N. 27th St. Read More

Earlier this month, Bennie and Angela Smith opened the doors to Daddy’s Soul Food & Grille, at 754 N. 27th St. The restaurant is located in the SOHI District, which runs along North 27th Street, south of Highland Boulevard and north of St. Paul Street.

“What excites me is the potential,” said Smith, who is using his years of culinary experience to run the kitchen while his wife manages the business side of things. “I believe that people are going to come in here and realize that someone is giving them something nice. It’s a place they can call their own.”

Trina Johnson, who lives near 29th and Wells Streets, said she discovered Daddy’s while walking on 27th Street. “I love soul food so I wanted to see how it tastes,” explained Johnson. “It all looks so good.”

Open for lunch and dinner Tuesday through Sunday, Daddy’s offers a daily buffet featuring classic comfort-food dishes such as fried chicken, meatloaf and barbecue ribs. Sides include traditional collard greens, yams and black-eyed peas. The grill menu also offers a wide variety of entrees that range from burgers with fries to chicken and waffles.

Other restaurants in the SOHI District include M&M Grill and China Taste, which are both locally owned.

Jessica Perkins, a bartender at M&M Grill, said she has heard good things about Daddy’s. “We’ve had customers order from Daddy’s,” she said. “If it gets more people in the neighborhood, then we’re happy.”

“I’m going to start telling people about Daddy’s,” said Johnson after eating lunch. “We need more things like this.”

“If the SOHI District can work, it will help complete the Near West Side,” said John Hennessy, owner of the building in which Daddy’s is located. The three-story building, on the corner of Wells and 27th streets, was built in 1915 and has recently undergone structural renovations.

According to 2013 demographics collected by Applied Geographic Solutions, 30,460 people live within a one-mile radius of 760 N. 27th St. More than 17,000 employees also work in the same radius. 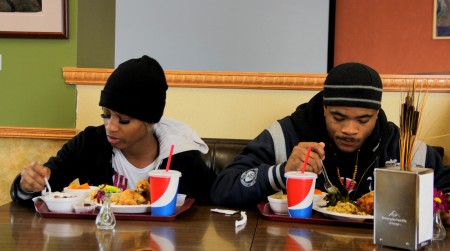 “This might be the best area in the city for upward potential,” said Hennessy, who has spent more than two decades managing restoration projects on the Near West Side. “We’re at a crossroads.” The SOHI District includes Wisconsin Avenue, Wells Street and easy access to I-94. Also, the main thoroughfare of SOHI, 27th Street, is the longest running north-south street in the county.

In 2005, the SOHI District was one of four commercial districts designated as part of the Main Street Milwaukee Program, which was an economic development program of the City of Milwaukee Department of City Development and the Local Initiatives Support Corporation. The success of the Main Street program was questioned by the Public Policy Forum in a 2010 report.

To the south of the SOHI District, other revitalization projects near South 27th Street, such as Mitchell Street and Cesar Chavez Drive, have shown signs of success. Also, in 2011 the Public Policy Forum recognized the efforts to revitalize the South 27th Street commercial corridor from Oklahoma to College Avenues by giving the City of Milwaukee and the City of Greenfield an intergovernmental cooperation award.

Hennessy and Keith Stanley, executive director of the Avenues West Association and former SOHI District manager, both expressed optimism that similar success can be had in the SOHI District.

“Let’s encourage entrepreneurship,” said Stanley. “My goal is to be the champion and cheerleader and say, ‘Come to the SOHI District.’”