You are here: Home / Community Voices / Self-absorption and our future
Share this... 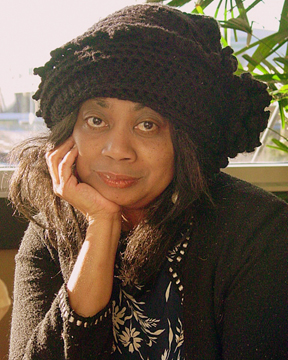 Della Wells, an artist and community activist, argues that Americans’ self-absorption blinds us to the needs of others.

What bothers me most about our self-absorbed obsession is that it does not allow us to see others, situations or ourselves clearly. It blinds us to truth and to the reality of others. More importantly, it clouds our perceptions of ourselves. When this happens, it gives us permission to adopt a “kiss my grits” mentality. In other words, it fuels the notion that certain people are not valued in our society.

This preoccupation with ourselves has distorted the cultural, economic and political climate in America. It divides us as a nation and it operates on the premise that if you think and act like I want you to, things will be okay. The problem with that logic is it only considers one perspective and feeling. When that happens, conflict can and will occur.

Many of the problems we face, such as racism, sexism, ageism, violence, corporate greed, economic inequality, etc. are rooted in this notion of self-absorption. Even poor customer service can be rooted in preoccupation with ourselves. Often the end result is angry outbursts, because we don’t feel heard.

However, our preoccupation with ourselves may not be totally our fault. Our childhoods and how we were parented may have contributed to this phenomenon. During the 1950s, the world-famous pediatrician Dr. Benjamin Spock influenced how the parents of the Baby Boomer generation raised their children, who in turn raised the millennial generation with the “every child gets a trophy” mentality. This may be a factor in why so many of us now believe our own hype.

Regardless of what factors contributed to our own self-importance, we must move beyond the limited parameters of ourselves and seek out various possibilities for good to make the world a better place for all and for future generations. If we don’t, we are doomed as a society. American individualism cannot flourish without the work and sacrifice of the American collective. Moreover, our 15 minutes of fame or glory will fade into the infinite pages of history, where our self-absorbed society may not even be remembered.