You are here: Home / Home / Carousel / War on poverty needs to be fought on new fronts, local experts say
Share this... 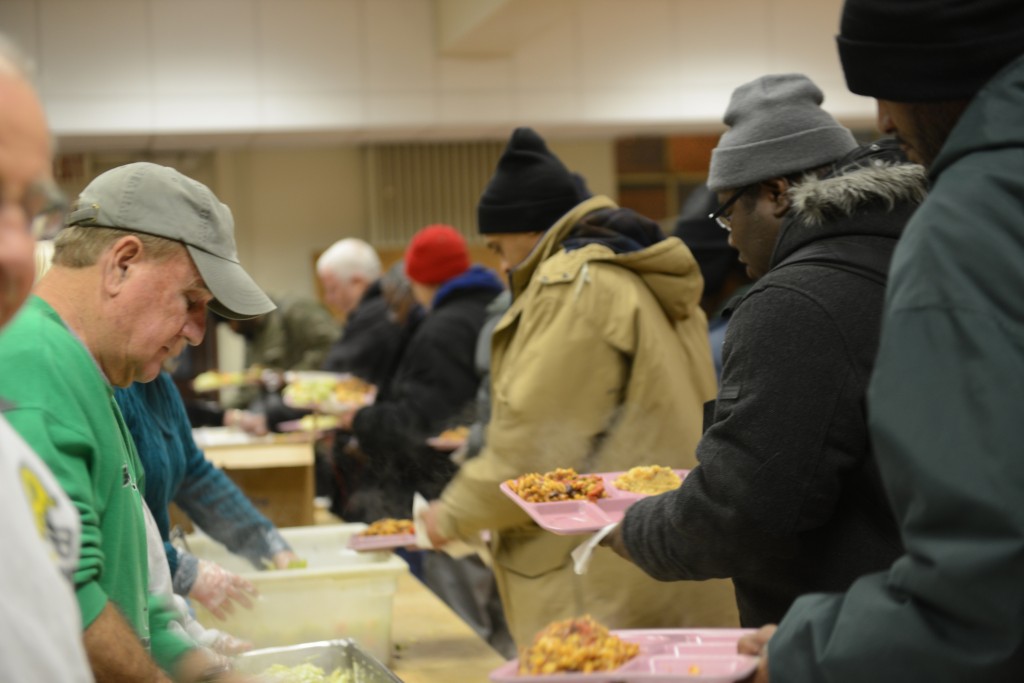 At night, a young Tonya Rogers patiently huddled with her nine older siblings hoping and praying that her father, a pastor in the inner city, would arrive home soon with enough food for them all to eat.

On some nights, the family made a meal by spreading honey or mayonnaise on the moldy bread he found digging in the garbage bins outside of the restaurant where he worked as a custodian. On Fridays, he brought food home from “pound night,” a weekly tradition at his church where parishioners would give him food items weighing one pound apiece.

“It was rough. It was a treat to have corn flakes and milk,” Rogers said. “On Friday night, pound night, we knew we would have corn flakes, sugar and milk. We would be so happy; (we’d) stay up watching [cartoons], eating.” 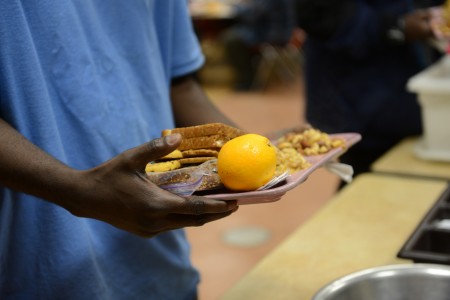 Rogers, 60, a lifelong Milwaukeean who is now a pastor herself, has had a front-row seat to watch the impact President Lyndon B. Johnson’s War on Poverty has had on her city for the last 50 years. Rogers, who has run various food pantries and meal initiatives for the poor in Milwaukee, believes the war, for the most part, has been lost.

“There are a lot of people who are not getting the food and help that they need,” said Rogers, pastor at the Open Door International Ministries, located in Bethesda Senior Center, 2845 W. Fond du Lac Ave.

According to U.S. Census data, Rogers is correct. The data show the percentage of people who live in poverty has increased from 11 percent in 1969 to 28 percent currently in Milwaukee.

But the poverty rate does not tell the whole story of how anti-poverty programs such as Medicare and Medicaid, food stamps and Job Corps — all part of Johnson’s War on Poverty — have affected the city, according to Ken Taylor, executive director of the Wisconsin Council on Children and Families.

“For seniors, the War on Poverty has been incredibly successful,” Taylor said, noting that nationally the poverty rate for people 65 and older has dropped from 35 percent to 9 percent during the last five decades. “That’s because we collectively made big bets … in Social Security and Medicare.”

No data is available regarding children’s poverty in 1965. However, the current poverty rate for Milwaukee’s children is 43 percent. For them, the War on Poverty has failed, according to Taylor.

“Kids are the poorest portion of our society now,” Taylor said. “It is true that we have not eradicated poverty. In fact it has gotten worse. But the question is whether it’s the War on Poverty’s fault.”

Partly to blame is a great exodus of manufacturers from Milwaukee, starting in the 1970s. The city has never recovered from the negative impact that had on the labor market, Taylor noted. This would naturally impact children, whose parents rely on wages to support their families, much more than seniors, who are out of the job market, he said. The loss of manufacturing jobs partly explains the different trajectories of children and seniors in terms of poverty over the last couple decades in Milwaukee.

“I will be the first to admit that (the War on Poverty) has not been as successful as I would like it to be…that’s because it did not adjust and evolve in the way that it needed to in order to address the evolving economic challenges that people face,” Taylor said.

The definition of poverty complicates determining the impact of the War on Poverty on Milwaukee. Currently, people whose pre-tax cash income is less than three times the cost of a minimum food diet set by the U.S. government are considered living in poverty. The measure is updated each year to account for inflation, based on the Consumer Price Index, and adjusted for the composition of the household.

In recent years, experts have paid attention to alternative poverty indicators, such as the supplemental poverty measure, which take into account resources such as the Earned Income Tax Credit, housing assistance and food stamps, and adjusts for out-of-pocket medical and work expenses. These indicators suggest the War on Poverty has been more effective than the federal poverty measure implies, according to Geoffrey Wallace, a public affairs and economics professor at the University of Wisconsin-Madison.

“Simply not taking into account those things (is) going to lead you to make the wrong conclusion about the effectiveness of those policies,” Wallace said. “You hear there’s a War on Poverty and poverty has won, but it’s more complex than that.”

Wallace’s grandfather was part of the massive migration of blacks to the north that began during the Great Depression. Wallace, who grew up in Milwaukee, said his grandfather was able to make a decent living working at Allis-Chalmers, a farm and construction equipment manufacturer, without a high school education. There were also plenty of manufacturing jobs in the city for his father’s generation in the late 1960s and early ‘70s, when many opted not to go to college, he said.

“But the bottom kind of fell out…so if that’s the choice you made, you were in trouble,” he said.

Another factor that has stymied the battle against poverty in Milwaukee is sweeping demographic changes in the metro area during the last 20 to 30 years. The middle class has moved out of the city and into the suburbs, increasing the concentration of poor in the inner city.

“If you grow up in inner city Milwaukee, you might not know very many people who have a job or you may not have access to people with a college education [or] many people outside of your neighborhood or your city,” Wallace said. “This is a form of social isolation that I think definitely is present and persistent in Milwaukee.”

Research suggests the way Milwaukee and other big cities can reduce poverty is to invest in early childhood education programs and education as a whole, according to Taylor, referring to work done by Jim Heckman, a Nobel Prize-winning economist at the University of Chicago. Heckman found that the highest rate of return in early childhood development, 7 to 10 percent annually, is realized when investing in children from birth to 5 years old.

“If we invest in that, we beat the stock market,” said Taylor, noting that state lawmakers instead have opted to disinvest in Wisconsin Shares, the state’s child care subsidy program. The program has lost $100 million in funding during the last five years, he said.

Taylor also calls on the business community to create jobs that come with livable wages that can support families. In the long run, higher wages create demand and drive the local economy, he said. Although the jury is still out on the affect increasing wages may have on jobs and the economy, a study by the Washington, D.C.-based Center for Economic Policy Research found evidence that raising the minimum wage would create jobs and provide a modest boost to the economy.

Taylor credits leaders of the faith community with helping to alleviate the effects of poverty in Milwaukee.

Rogers said the entitlement system needs to be reformed to better serve poor childless and disabled adults. Rogers, who is single and has never had children, said she has been sickly her entire life and, at one point, needed food assistance.

“They would never give me help, none,” Rogers said. “I went to ask for assistance and they told me I needed to go get pregnant and have a baby and that’s how I can get help.”

“Some people are down on their luck…but they are made to feel lazy or messed up,” she said. “People don’t want to be in these situations.”