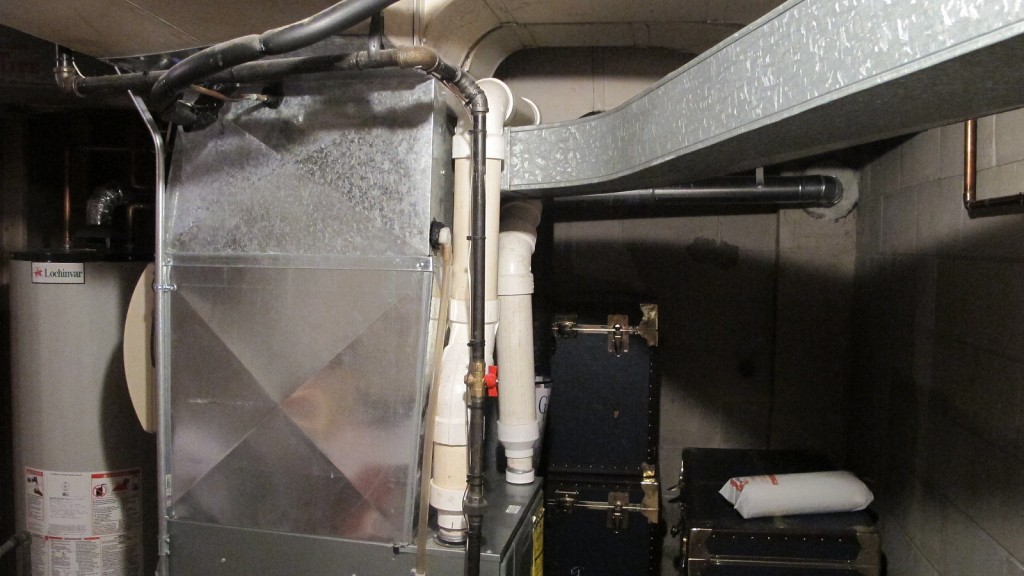 Melissa Balistreri, 23, joked that a friend describes her apartment as a sauna, but Tuesday morning, when the recorded temperatures ranged from 1 to 11 degrees, she noticed that her apartment was getting cold.

Despite a space heater, the temperature in her apartment continued to drop. Concerned about the health of her 1-year-old son, the single mother called Prowess Commercial Real Estate, which manages the building at 2484 S. 9th St. for the owner, Waterstone Bank. An employee who was shoveling snow at the building was sent to her apartment and told Balistreri he would raise the boiler temperature.

When she woke up Wednesday, it was very cold and she called Prowess again and got no answer. Thinking they would surely follow up with her, she didn’t leave a message.

By Thursday, it was 50 degrees in the apartment. She left messages with Prowess throughout the day and didn’t get a call back until late afternoon. The maintenance supervisor told Balistreri that she hadn’t gotten the messages because the company was moving offices. She said she would send someone to fix the heat that afternoon. By then Balistreri felt her son’s health was in danger, so she took refuge at an aunt’s home.

Again Friday, she was unable to reach anyone at Prowess. When she checked in at her apartment, she found the company had put a space heater in her dining room and had left it turned on in the empty apartment. Balistreri noted that not only was this a fire hazard, it was also running up her electric bill. The temperature in her bedroom registered 40 degrees on Friday evening.

Balistreri said she planned to call the city’s Department of Neighborhood Services (DNS) on Monday morning but expects she will have to remain with her aunt through the weekend.

Complaints about a lack of heat to DNS increased dramatically this week. Between Monday and mid-afternoon Friday, the department had received 74 complaints from residents who have no heat and “significantly more” than that reporting insufficient heat, according to spokesman Todd Weiler. In a normal winter week, the department gets about 10 complaints, he said.

The City of Milwaukee building code requires that the inside residential temperature, as measured three feet above the floor, be at least 67 degrees, according to Weiler.

He noted that this requirement does not apply when outside temperatures fall below 10 degrees below zero, because a Wisconsin energy code limits the size of heating units that can be used to heat homes.

If renters have insufficient heat, Weiler said, they should first contact their landlords. If they can’t reach them or don’t get results, they should call DNS at 414-286-2268 and DNS will attempt to contact the landlord. If that does not result in a remedy, Weiler said residents would be required to move to an alternate location. “Right now a lot of the emergency shelters are full up with homeless people, so it’s going to be a very difficult situation,” he added.

Weiler also cautioned that using a cooking stove, a propane or kerosene space heater, or any solid-fuel heating device inside a building other than a fireplace is illegal and dangerous. In addition to posing a risk of fire, such heaters consume a lot of oxygen and can cause carbon monoxide poisoning, he said.