You are here: Home / Home / Carousel / Cold-weather closures compel some groups to stay open for first time
Share this... 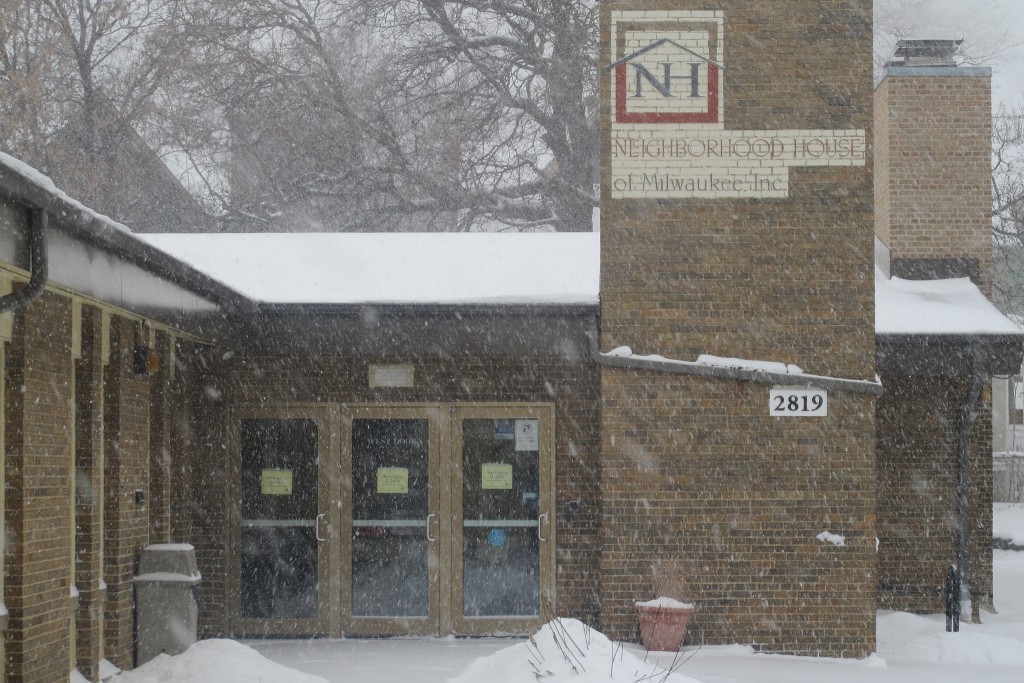 Kimberly Janusz, who lives on Milwaukee’s South Side, was forced by the closures to scramble to find childcare for her three children while she worked both days.

“It’s tough for a working parent when my kids’ school and daycares are closed,” said Janusz, who eventually found a sitter.

Most of the city’s nonprofit organizations also close when MPS closes, further dwindling the number of places for parents to take their kids. For many Milwaukee youngsters, the closures also meant no warm place to go and no meal to eat that day. All Milwaukee Public School (MPS) students receive free lunch. 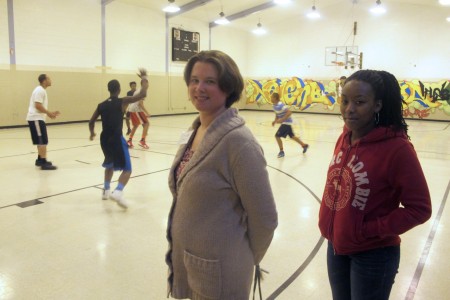 Anna Bierer, director of programming at Neighborhood House, and Maya McCullough hang out during a pick-up game. (Photo by Edgar Mendez)

In response, some local organization stayed open this year, reversing their policy of closing when MPS closes.

The Boys and Girls Club of Greater Milwaukee kept the doors open at the Mary Ryan branch, 3000 N. Sherman Blvd., and the Don and Sallie Davis branch, 1975 S. 24th St. The centers were chosen because of their central location in the North and South Sides of the city and their capacity, said Vincent Lyles, president and CEO of Boys and Girls Club of Greater Milwaukee. Lyles said it was the first time the club stayed open during an MPS weather closure.

“We feel really good about giving kids a safe, warm place to play and be surrounded by inspirational adults,” Lyles said.

He said after this week the organization would reevaluate whether it will stay open during future weather closures, but, judging by his first impression, the decision was a success.

Full programming was also offered during a cold weather closure for the first time at the Neighborhood House, 2819 W. Richardson Place, which provides early childhood services and activities for youth between the ages 6-18, said Anna Bierer, director of programming. The center also extended its hours to give parents more time to get to work.

While temperatures outside hovered around zero and snow fell heavily, teenagers were in the gym shooting hoops.

“Even though it’s cold outside, these kids are still able to get their exercise,” said Bierer, who’s been with the organization for 10 years.

Neighborhood House serves youth that already are participating in programming there, but first timers are also welcomed, Bierer said. Newcomers must take home sign-up information and bring it back the next time they come. Prior to last week, only the early childhood education program at the center stayed open when MPS closed. The new policy was created at the beginning of the current school year and Thursday was the first time it was implemented.

The organization, which also provides breakfast, lunch and snacks for the youth, had about 50 percent attendance in its early childhood education program Thursday, according to Bierer. Even though some parents chose to keep their kids home, she said the center would continue to open during bad weather, adding, “We’re giving working parents an option and teens a warm place to go.”