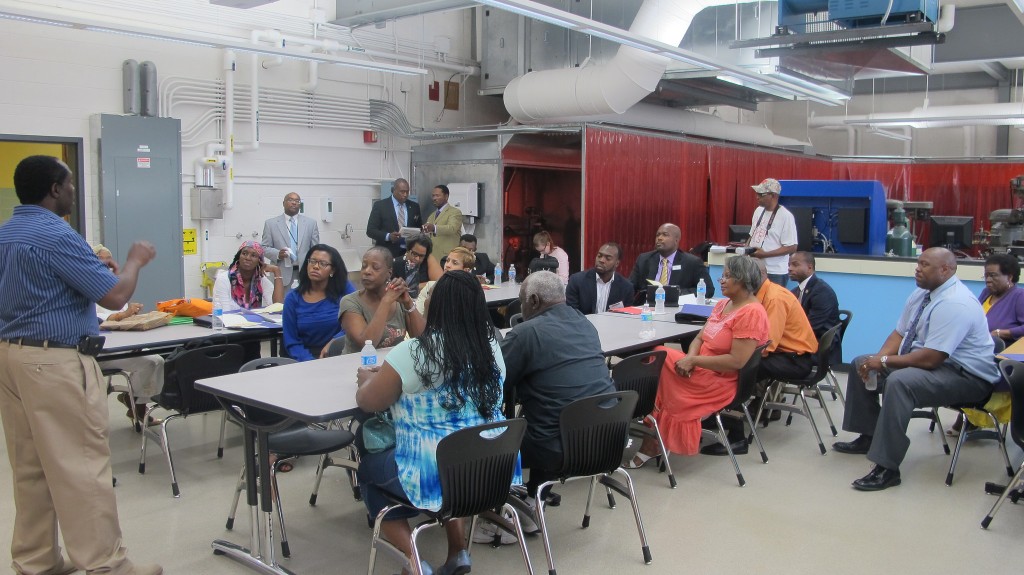 OHMS founder Ezzard White explains his construction training program to representatives from the National League of Cities and My Brothers Keeper in August 2014 at Barack Obama School. (Photo by Andrea Waxman)

The One Hope Made Strong (OHMS) survey course of skilled trades for the construction industry will begin holding classes in the industrial technology labs at the Barack Obama School of Career and Technical Education on Feb. 2.

According to OHMS founder Ezzard White, Pastor Theresa Thomas-Boyd of the OHMS organization signed a contract with Milwaukee Public Schools on Jan. 14. MPS spokesperson Tony Tagliavia was unable to immediately confirm that a contract had been signed.

OHMS has been working to negotiate an agreement with MPS to move to Barack Obama School, 5075 N. Sherman Blvd., since last summer.

“It’s been a long hard fight but I’m the kind of guy that doesn’t quit. I promised something to the students and I want to make sure I deliver exactly what I said I would do for them,” White said. 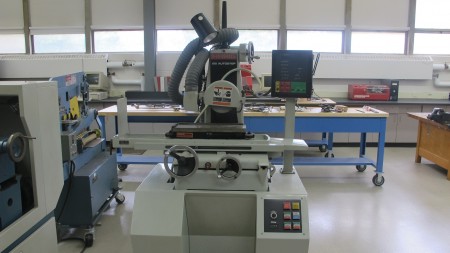 White launched the free classes for low-income residents 18 and older at St. Francis of Assisi Catholic Church, 1927 N. 4th St., and the Inter-Denominational Church of the One Lost Sheep Foundational Ministries, 2567 N. 8th St., in September 2013.

Without workshop space and tools, which he needed for hands-on training, White was initially limited to teaching theory and demonstrating the skills.

Last April, he moved the program into unused industrial technology labs at North Division High School when he reached an agreement with Milwaukee Recreation. But the recreation department’s parent organization, Milwaukee Public Schools, terminated the agreement in June because, it said, White did not pass the criminal background screening MPS requires of all district contractors. White was convicted of two felonies more than 20 years ago and has had no further convictions, he said.

White and his students were able to return to the program’s original home at St. Francis of Assisi Catholic Church to complete the spring term. Classes continued at the church during the fall 2014 term and the winter term that began Jan. 12.

White said that more than 60 students are registered for classes being held on Mondays (Electrical Fundamentals); Tuesdays (Conduit Bending and Basic Wiring); and Wednesdays (Electrical Circuits, Math and Grounding Theory) from 6 to 8 p.m. Each class is limited to 35 students and students are still being accepted for all three modules. White recommends that students take no more than two modules at a time.

White offers the OHMS program without charge, but students must pay $40 in facility fees to Milwaukee Recreation for each of nine 10-week modules. Topics include electricity, blueprint reading, plumbing, welding, building construction, masonry, general drafting, carpentry and HVAC (heating, ventilation and air conditioning). White also teaches students about what to expect when working in the construction field.

White said he is planning a ceremony in mid-February for the approximately 120 students who have completed all of the modules. They will be presented with certificates of completion.