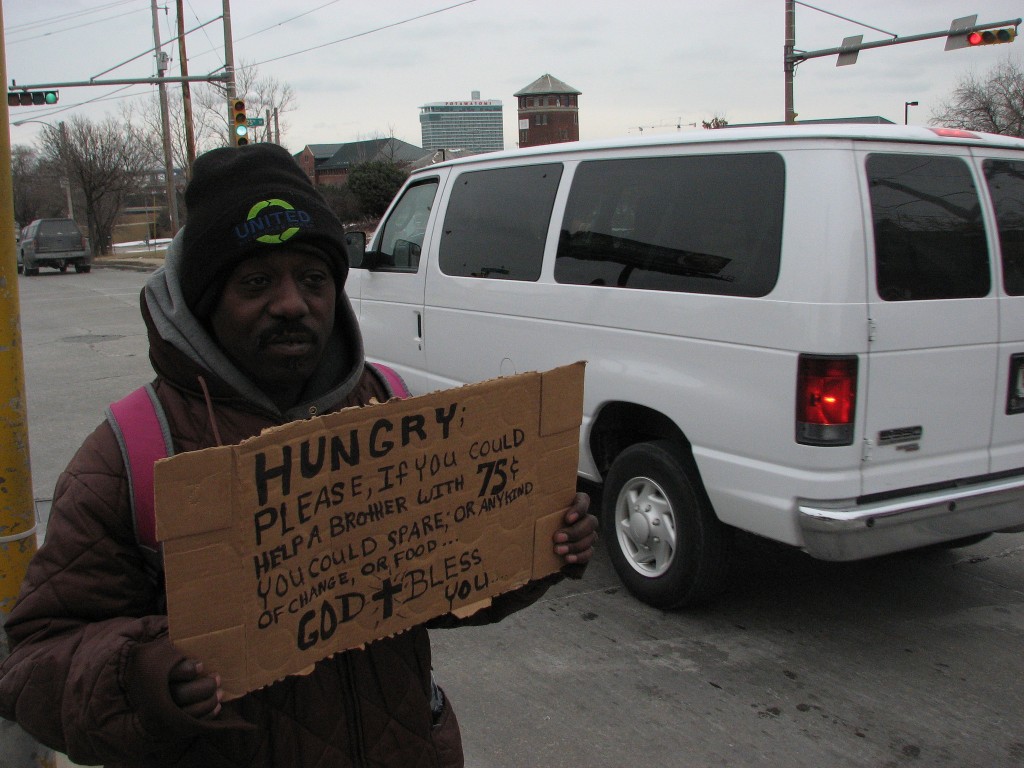 A chronically homeless alcoholic veteran in his late 40s or early 50s fought for his life in a Milwaukee hospital bed as doctors warned that if he did not change his ways, he would soon be dead, recalled Bob Burmeister, a homeless advocate, describing his hospital visit with the man he knows as Fred two months ago.

“He melted down on the streets. He was in intensive care, buckled in because he was going through detox so bad,” Burmeister said.

The problems that plague Fred are similar to the pervasive challenges that confront many homeless people Burmeister encounters through Mr. Bob’s Under the Bridge, an outreach organization that distributes clothes and toiletries.

“Fred chooses to be where he is and that’s part of his addiction. If he goes into the veteran’s hospital, then he won’t be able to (drink). There’s a lot of that…that’s their lifestyle and some like the lifestyle of not being responsible for anything,” Burmeister said.

The stubborn mental and physical health problems that persist among the city’s chronically homeless individuals are part of the reason the number of homeless has remained steady at 1,450 since 2009, according to data generated from point-in-time counts that occur in January and July each year.

“It’s so hard to tap into resources for individuals who have chosen to make this their life,” said Nancy Monarrez, of Milwaukee County’s Continuum of Care, a group of organizations and individuals that serve the homeless.

Nevertheless, “the number one reason for homelessness is not drugs and alcohol, but the fact that they don’t have a job to pay the bills,” Monarrez said. Burmeister also blames the relatively unchanged number of homeless on the recession, weak job market and housing market collapse during the last decade.

On Wednesday and Thursday, advocates for the homeless will be participating in “You Count,” an effort by Continuum of Care to get a statistical snapshot of all of the sheltered and unsheltered homeless people in the city.

The count will involve dispatching volunteers and police officers throughout the city during a 12-hour period to find and survey people who live in parks, under viaducts, along the river and in alleyways. They will also visit meal sites and shelters to survey and count the homeless. The survey consists of questions to determine demographic information and reasons for being homeless.

The increased accuracy of the homeless count over time may also explain why the overall number of homeless is not significantly decreasing, Monarrez said.

“We have been perfecting this well-oiled machine to count the homeless. The numbers haven’t gone down because perhaps our reporting has gotten better and maybe we were duplicating some counts,” she said. “I believe we have done a better job counting during the last couple of years than we have in the past.”

For the first time, homeless individuals who refuse to take the survey on Wednesday and Thursday will still be counted and volunteers will attempt to gather information about their gender, race, ethnicity and age range, Monarrez said.

“We want to address those that are falling through the cracks,” she said.

Another goal of the count will be to gain a better understanding of what causes homelessness among teenagers. Volunteers and advocates will be actively seeking out teenagers to count and survey at the Pathfinders emergency youth shelter, Monarrez said.

The information that is collected will be given to the U.S. Department of Housing and Urban Development, which mandates the count and uses it to determine funding for organizations that help the homeless.

Agencies and advocates also use the data each year to pinpoint what resources are needed to help the homeless and identify any evolving trends, Krahenbuhl said. In addition to the data-gathering effort, one of the keys to understanding homelessness is open lines of communication among agencies, she said.