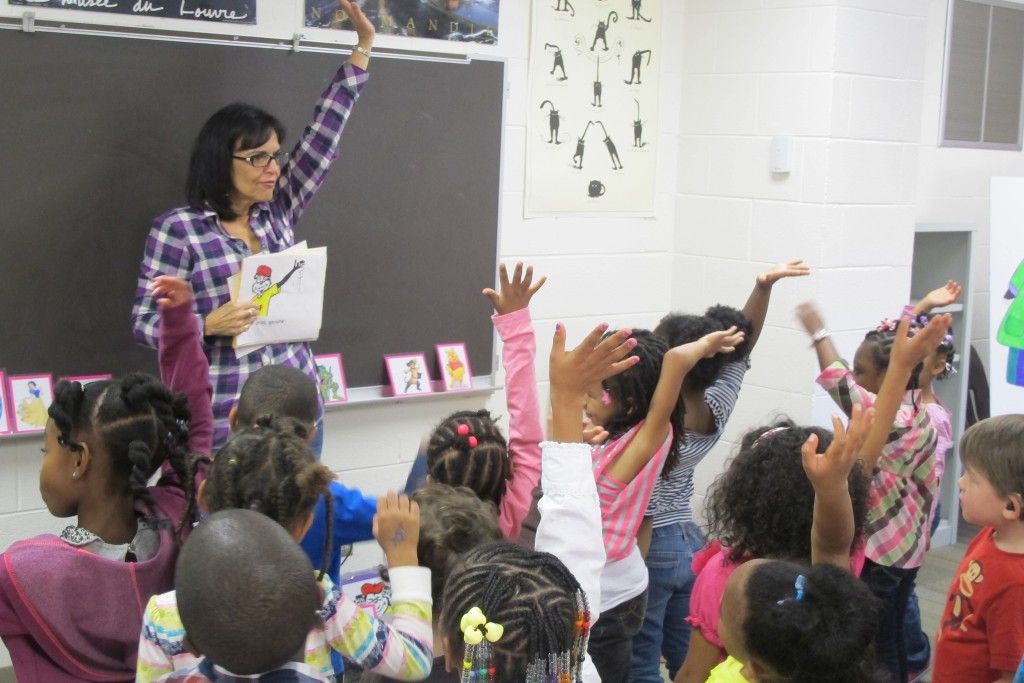 A teacher leads a class at Woodlands East, a school chartered by UW-Milwaukee. Certain charter schools could be replicated under a plan put forth by Republican legislators. (Photo by Edgar Mendez)

A charter school replication process and a turnaround school plan to allow takeover of struggling public schools by charter school entities are among the most controversial aspects of the “New Opportunities for Milwaukee” plan authored by Sen. Alberta Darling (R-River Hills) and State Rep. Dale Kooyenga (R-Brookfield) and released to the public last week.

The Republican legislators stated that they plan to introduce the legislation soon. The first of a five-chapter plan titled “Empowerment through Education,” states that expansion of proven charter schools is essential in Milwaukee. The plan calls for charter schools that exceed the test scores of public schools by 10 percent for two consecutive years to be allowed to replicate their charter without an authorizing entity. Currently, all local charter schools must be authorized by UW-Milwaukee, MATC or the Common Council of the City of Milwaukee.

It’s not clear whether the plan would result in charters running without an authorizing entity or whether the replicated schools would be overseen by the original entity. Either way, explained Sean Roberts, executive director of Milwaukee Charter School Advocates, the end result would be a more streamlined process for replicating successful charter schools. 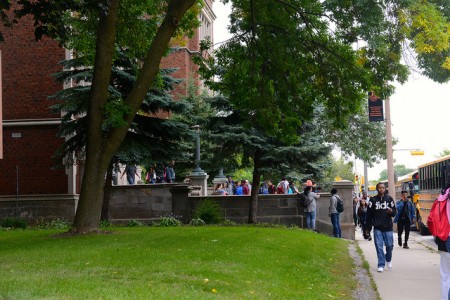 Students at public schools such as Riverside High School would be hurt by the creation of a “turnaround district,” according to Dr. Michael Bonds, president of the Milwaukee Board of School Directors. (Photo by Sue Vliet)

Public school officials went on the offensive when the plan was released.

In a statement, Dr. Michael Bonds, president of the Milwaukee Board of School Directors, called the plan a step backwards from positive discussions that MPS officials and Republican leaders had recently. Bonds stated that charter schools, ”are not the simple answer to the challenges facing urban education,” citing a Stanford University study that found only 14 percent of charter schools nationally outperformed traditional public schools.

More controversial is the “turnaround schools” plan, which would take struggling public schools and transform them to charter schools. The report stated that this would decentralize power and allow the school to untangle itself from bureaucracy. The legislators are calling for creation of a board that would entertain proposals from charter school operators.

According to Bob Peterson, president of the Milwaukee Teachers Education Association, “Darling and Kooyenga’s plan creates a school takeover zone that hands over dozens of Milwaukee’s public schools to private entities, while offering no resources or support.”

Peterson described the proposal as a “new form of colonialism.”

Bonds warned that the creation of a turnaround district, “would have a devastating financial impact on the education of students remaining in MPS.” MPS schools received $6,442 in state aid per student as of 2013, a number that is expected to remain relatively flat, and enrollment has been declining for years. Bonds said that the plan could also lead to layoffs of hundreds of staff and that the proposal ignores the high costs that have been associated with the creation of turnaround districts in other cities.

Darling and Kooyenga’s proposal cites New Orleans as an example of a city that effectively transitioned public schools to charters, citing increasing graduation rates in the city.

Roberts said he’s waiting for more specifics about the plan before offering his opinion, but said it makes sense to him, so far.

“To allow public schools to have more freedom while being accountable for their results; that’s what charter schools do,” Roberts said.