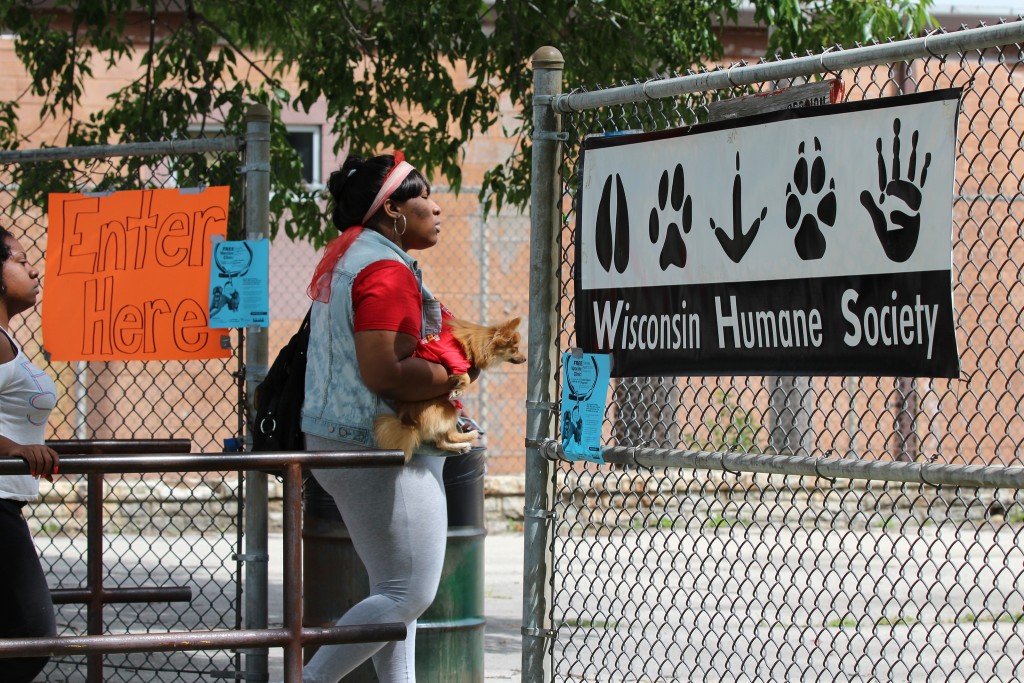 El noted that in poor communities residents often are not sufficiently educated about having their pets vaccinated, spayed and neutered. WHS has shown a commitment “to stick to what they’re doing … and come back over and over again with a lot of patience and tolerance,” El said.

Those educational efforts have helped raise the rate of spayed and neutered pets dramatically in Amani and surrounding neighborhoods. WHS estimates that the spay/neuter rate in ZIP code 53206 has risen from 9 percent to 50 percent since it took a new approach with its Pets for Life initiative, according to Jill Kline, vice president of community impact programs. The average national spay/neuter rate is 80 percent or more. 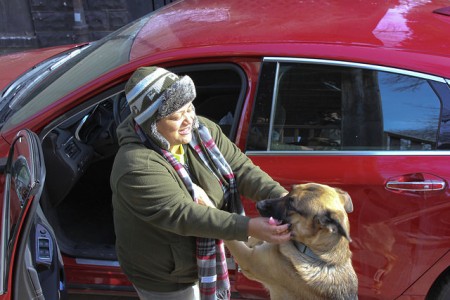 Tunisha Crosby-King learned about the Pets for Life program from outreach workers who came to her Clarke Street home recently. (Photo by Alhaji Camara)

Pets for Life was developed by the Humane Society of the United States (HSUS), which is not affiliated with WHS, to focus on communities with limited access to pet care resources. The program sends outreach representatives to engage with neighbors at their homes and at local vaccination events. It hopes to “build trust and relationships with community members, make information and resources accessible, and establish a consistent presence in the neighborhood,” according to the WHS Web site.

Although WHS has provided low-cost services for some time, including a pet food bank, spay/neuter assistance and pet adoption programs, participation of residents in the 53206 ZIP code remained low, Kline said. So, with help from HSUS and funds from PetSmart Charities, WHS launched Pets for Life in 53206 in November 2012. Since fall 2014, a new national foundation that prefers to be anonymous has been the primary funder, according to Kline. This year, the Greater Milwaukee Foundation is providing additional local support.

According to the 2010 Census, the 53206 ZIP code contains 9,500 households, which could mean that there are 15,000 or more animals, according to Kline. Pets for Life’s focus on one ZIP code improves the health, safety and quality of life for the community in a stronger way than a citywide program of the same size would do, Kline explained.

A team of outreach workers goes door-to-door two or three days a week offering residents a core package that includes free spay/neuter, vaccinations and a micro-chip for identification, Kline said. WHS also provides free transportation to and from the veterinary clinic for surgery. 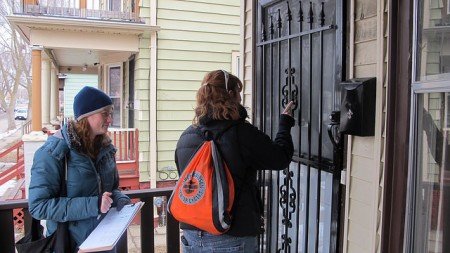 Vaccinations are offered twice a year at Franklin Square Playground, on Teutonia Avenue between Clarke and Center streets.

“It’s our goal to become the ‘go to’ resource, where people know us and know, when they get a new pet or have a question or concern about their animal, they can come to us and we can either help or point them in the right direction,” Kline said.

Tunisha Crosby-King was surprised when society outreach workers knocked on the door of her home, near the corner of 17th and Clarke streets.

“But when they explained to me what they were doing with the (Pets for Life) program, I was all on board,” Crosby-King said. The owner of a three cats and a dog, she had considered spaying and neutering, but found the cost prohibitive.

WHS volunteer Connie Peterson said it means a lot to her to help pet owners in 53206 — many of whom struggle to feed themselves — overcome barriers to keeping their animals at home. Also a volunteer with the animal-assisted therapy service Health Heelers, Peterson noted that a sometimes-overlooked benefit of pet ownership is that interacting with animals creates positive physiological changes.

Kline added that the residents of 53206 have given the WHS a warm welcome. “We’ve taken some time to build trusting relationships with the community but the community has been really receptive too.”