You are here: Home / Home / Carousel / Mexican consulate to open in Milwaukee by year’s end
Share this... 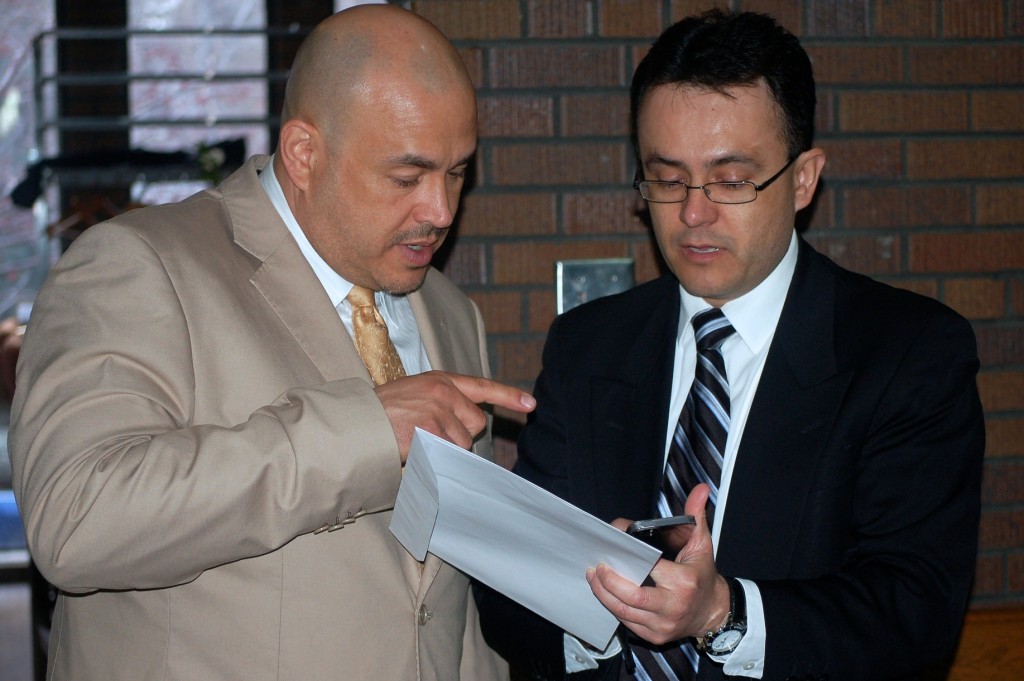 A Mexican consulate will open in Milwaukee before the end of the year, according to Jose Cabrera, who led the effort to petition the Mexican government to open the office in Wisconsin.

The Mexican Government chose to open a site in Wisconsin rather than Hawaii, Tennessee or New Jersey, which all petitioned for a consulate this year, according to Cabrera, advisor for the Institute for Mexicans Abroad. Currently, the nearest of the 50 Mexican consulates in the U.S. is in Chicago. A U.S. State Department spokesman did not immediately respond to a request for comment.

A specific site to house the consulate has not been chosen yet, according to Cabrera. 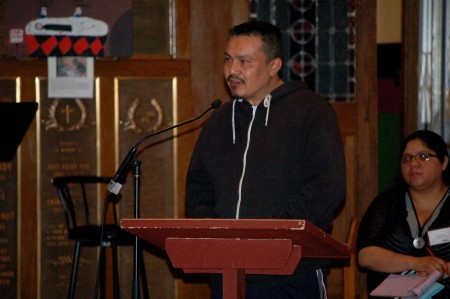 Mauricio Galicia, who attended the SOC’s forum on driver’s cards for undocumented residents, said he is concerned that holders of the card will be singled out by law enforcement. (Photo by Edgar Mendez)

Having a consulate in Milwaukee will help relieve the backload of cases in Chicago, according to Beatriz Gonzalez, who provides bilingual social services at Centro Hispano of Milwaukee, 614 W. National Ave.

Gonzalez said 90 percent of her clients are from Mexico and that scheduling an appointment at the consulate in Chicago usually takes six to eight weeks.

That costs her clients — many of whom don’t know their way around Chicago — a lot of time and money, she said.

“It’ll be great to be able to send my clients who are missing important documents somewhere close,” said Gonzalez, who also participated in the forum.

The news about the consulate drew cheers from the crowd.

Attendees also were updated on legislation being drafted by State Rep. JoCasta Zamarripa that would secure driver’s cards for undocumented residents. Zamarripa introduced a similar bill in 2014, but the measure failed.

The bill would allow undocumented residents to apply for and receive a special driver’s card after fulfilling requirements set by the Wisconsin Department of Transportation (DOT).

Mauricio Galicia told the audience at the forum that his main concern with a driver’s card is that it will be different from regular licenses, thereby distinguishing the holder as undocumented.

However, Alderman Jose Perez, who represents District 12 on the South Side, said that driver’s cards would allow people to drive legally. “Everyone who is good enough to live here and work here deserves to have rights,” Perez said.

Zamarripa is seeking bipartisan support for the current measure, acknowledging that she may need to adjust the bill. Included in the new measure will be a mandatory 30-day time limit for recipients of the driver’s card to obtain insurance.

“It’s a public safety and economic development bill,” Zamarripa said, referring to the benefits of having more insured drivers on the road.