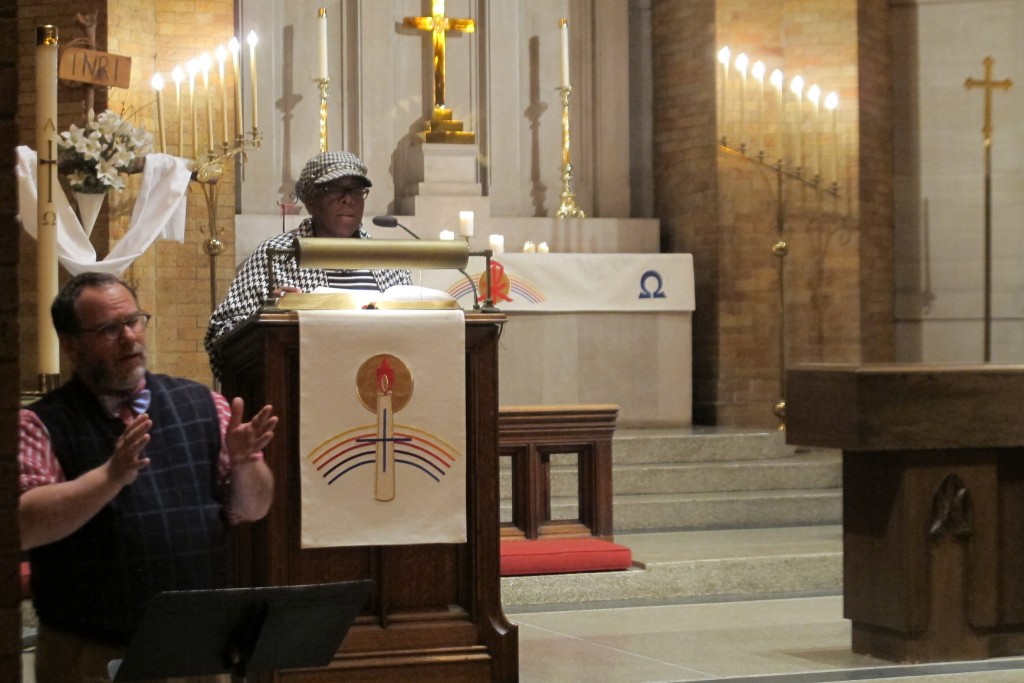 A repeated chorus of “we are one, we are one” rang through the chapel of Redeemer Lutheran Church at Greater Together’s recent Open Prayer for Racial and Economic Equality.

Dorothy Jackson, sitting in the front-row pew with her three grandchildren, led the singing, joined by about 50 other people. The event featured individual reflections, group dialogues and shared moments of prayer about racism and inequality in Milwaukee.

“It’s a tough subject,” Jackson said. “Anytime you can get people together to talk about it, it’s a good thing.”

The service was part of a series sponsored by Greater Together, a coalition dedicated to raising awareness and gathering ideas to create racial and economic equality in Milwaukee. The movement began in summer 2014 and community dialogues have occurred around the city since. 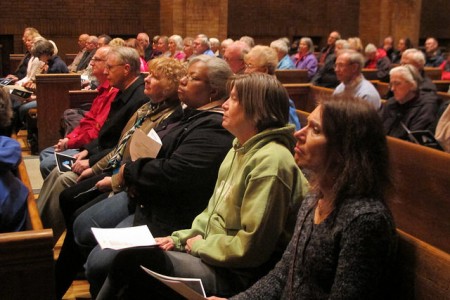 Rev. Jason Butler of Transformation City Church spoke of recognizing his white privilege and the difficult questions that raises about his role in bringing social change.

After the reflections, members of the audience gathered in small groups to discuss the experience. Carsie Poe, who is African-American, said he was grateful for the variety of churches represented.

“In our community, it’s sad what’s going on,” Poe said. “We need to be united – in our gathering, in our faith – to make a difference.”

The fact that members of multiple churches came together was especially important for Greg Lewis, assistant pastor at St. Gabriel’s Church of God in Christ at 5363 N. 37th St. He is also president of Pastors United, an organization of 300 churches across denominations that addresses community problems. Racism and the plight of the poor are issues the churches should confront together, he said. Services like this fulfill this mission, he added.

“It’s bringing some unity to the division of the churches,” he said. “Usually, with a church, it’s one race or another. It’s good for the church to get to know one another.”

Rev. Lisa Bates-Froiland, pastor of Redeemer Lutheran, asked participants to join their hearts, minds and souls in one mission. The church also hosted Greater Together’s citywide dialogue about segregation and inequality in October, which attracted more than 200 participants.

Bates-Froiland said she saw the same level of energy and commitment in the small group dialogues as she did in the fall. “I saw that people were leaning in and really engaged,” she said.

The service concluded with participants anointing each other’s hands in oil, saying, “May your hands be instruments of peace and love.” As the group filed out of the pews and onto the streets of Milwaukee, resident Dana Orr and her school-age daughter left the chapel inspired.

“This was the beginning of something needed in our city,” Orr said. “I’m excited to be part of it.”