In a break from rehearsing for an upcoming performance, Dameah Haynes, one of a group of 10- to 13-year-old dance students, explained why dance is important to her.

“I think the dance training is going to help me in life a lot because when I grow up I want to be a choreographer and have students, as well, and be successful just like (teacher Jade Robertson),” Haynes said. 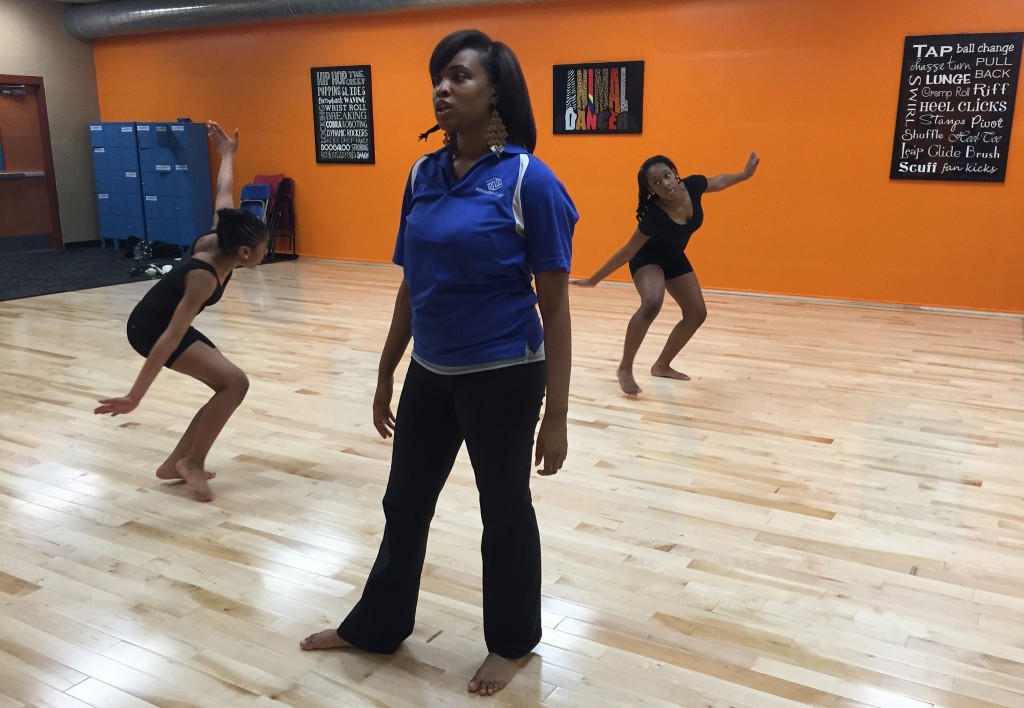 Jade Robertson, Dance Fuzion teacher at the Davis Boys & Girls Club, directs students in a rehearsal for the May 9 “Our Lives Matter” showcase. (Photo by Andrea Waxman)

Dance Fuzion launched in March 2014 at the Davis club, 1975 S. 24th St., where Milwaukee native Jade Robertson instructs about 20 students in hip-hop, modern, jazz and lyrical dance after school. Besides offering two-hour classes twice a week to beginning and intermediate students, Robertson also staffs an open studio session on Fridays to give students more practice time and curious youth an opportunity to try dance before committing to a class.

Robertson, a graduate of Columbia College Chicago, teaches and performs professionally. She was the first of four teaching artists, called art mentors, to be hired for the four-year program.

Meghan Strobel, a film production graduate of UWM’s Peck School of the Arts, has been teaching filmmaking and photography at the Fitzsimonds Club, 3400 W. North Ave., since June 2014. Strobel was freelancing and wasn’t looking for a full-time job when she heard about the initiative while volunteering at a Boys & Girls Club.

“I was originally hesitant to take the position because I wanted to do my own art,” she said. But when she learned that she would be compensated and still have time for her own work, she signed on.

Strobel said that she started by working to shift her students’ ideas about what a movie is. “When we first started, the kids approached movies only as consumers. It’s been fun to show them all the different parts and pieces of how to create an image,” she said. 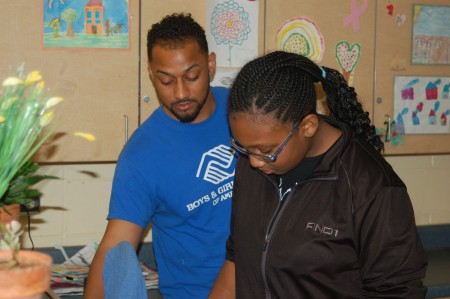 “One part is learning about the mechanics of a camera and how cameras work and how they’re different from our eyes and also how they can be the same,” Strobel explained. The class is learning about framing, focusing, composition, how to use color and light, and deconstructing all the parts that go into an image.

The approach that these art mentors take is grounded in 10 principles that emerged from research conducted by the New York City-based Wallace Foundation, which focuses on offering arts education for disadvantaged children. The principles include hiring and fairly compensating committed artists who have high expectations and give young people a role in shaping programs.

Another principle is that programs culminate in high-quality public events with real audiences. Dance Fuzion’s “Our Lives Matter” was slated for Saturday, May 9, at 7 p.m. at Bay View High School, 2751 S. Lenox St. The performance is free and open to the public.