You are here: Home / Home / Carousel / City steps up efforts to prevent home foreclosures
Share this... 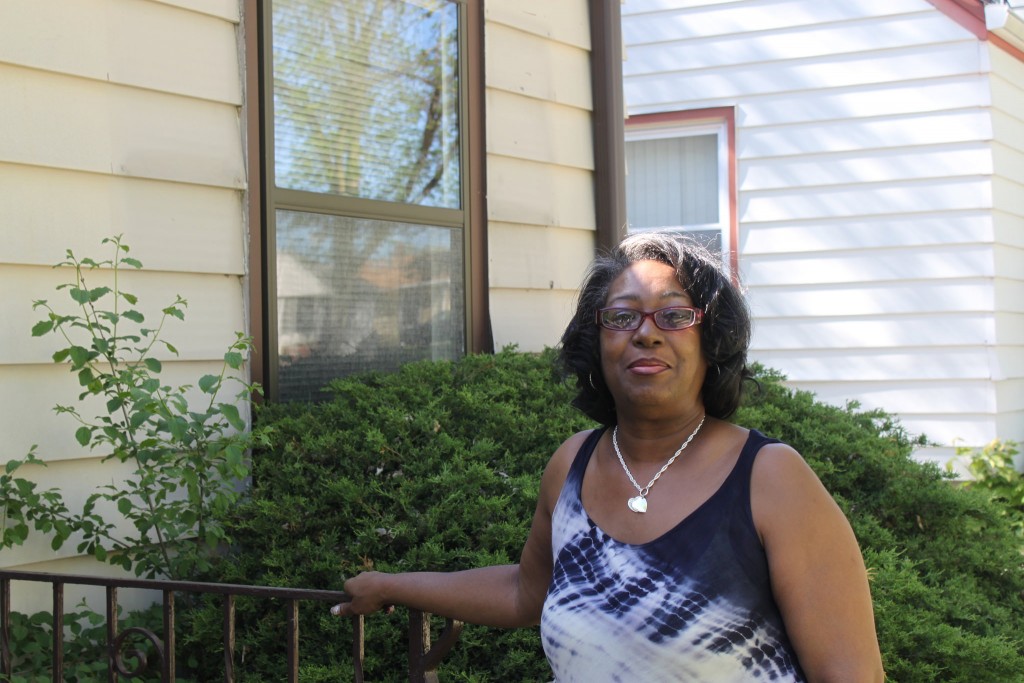 Charmion Herron didn’t see home ownership in her future until a city program that sells foreclosed homes gave her the opportunity. (Photo by Matthew Wisla)

When Charmion Herron’s mother died in 2010 she, along with her three sisters and brother, thought the family home was gone for good. There was no will, major repairs were needed and the house eventually became the property of the city following a tax foreclosure hearing.

Now, relaxing comfortably in the living room as the owner of the home where she spent her teenage years, it all seems surreal, she said. “I always wanted to own my own home but it got to the point where I thought it was never going to happen,” she said. “Especially not this with house.”

Herron, 50, bought the home in the McGovern Park neighborhood on the North Side through the city’s Strong Neighborhoods Plan, with assistance from ACTS Housing. Prior to last month’s closing, more than $17,000 in renovations were made to repair the roof, plumbing, electrical system and other parts of the house. Through the city program, and because Herron met all the requirements, the home only cost $1 and rehabilitation expenses are part of a forgivable loan.

One of the requirements was for Herron to receive homeownership counseling, which was provided by ACTS Housing. “I learned a lot going through all this,” she said. 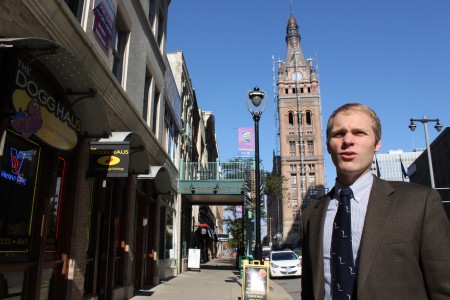 As it turns out, the city also has learned a lot about working with tax foreclosed properties in the aftermath of the financial downturn and foreclosure crisis that began in 2008. Programs such as Strong Neighborhoods match responsible, qualified buyers with city-owned tax foreclosed homes. This year the city is spending $10.3 million on housing rehabilitation and reconstruction, including home loan programs, code compliance loans and a program to encourage development of city-owned commercial property.

Now, the city is working to avoid foreclosures before they can happen. “One of our focuses today is in helping people prevent tax foreclosures and that’s not something we emphasized in the past,” said Aaron Szopinski, City of Milwaukee housing policy director.

It usually takes three years of property tax delinquency before the city initiates the foreclosure process that results in taking over ownership of a home. Although due dates are fixed and state law prevents the city from negotiating tax amounts owed or waiving interest and penalty charges, three years is enough time for homeowners to seek the help of qualified financial counselors and prevent the loss of their home.

“We know from experience that people who lose their homes usually have lots going on in their lives that complicates their financial picture, like employment issues or medical bills,” Szopinski said. “They get behind (in their property taxes) and it feels like there’s no way out.”

Take Root Milwaukee partners with the city and acts as a clearinghouse to connect financially troubled homeowners with the appropriate counseling organization. “The best time to talk to someone if you’re getting into trouble is early,” said Kristi Luzar, deputy director of programs for the Urban Economic Development Association of Wisconsin, which manages Take Root.

In January, Take Root coordinated placing an insert into the water bill of every homeowner in the city. It offered free financial counseling to property owners who have fallen delinquent on their taxes. Take Root also runs ads on radio and TV, and participates in community fairs and events for potential home buyers. As a result of its recent activities, Take Root has seen calls to its hotline for tax delinquent homeowners increase by 52 percent this year.

While many legitimate organizations stand ready to help homeowners resolve their financial troubles, Luzar says there has been an uptick recently in foreclosure rescue scams. “The scammers make promises and ask for money upfront but do little or nothing to help homeowners facing foreclosure,” said Luzar.

The Metropolitan Milwaukee Fair Housing Council recommends working with nonprofit housing counselors and being wary of any organization promising guaranteed results. According to the council, if an offer to help sounds too good to be true, it probably is.

Editor’s note: This story was updated to reflect the role of ACTS Housing.