You are here: Home / Home / Carousel / Local leaders say root causes must be addressed before violence can end
Share this... 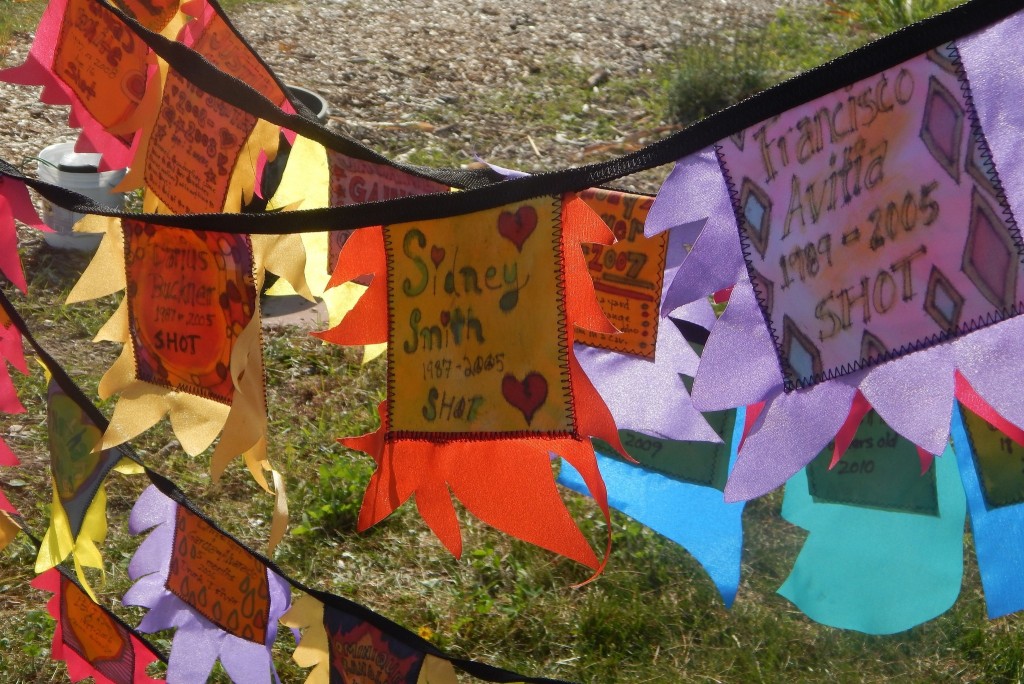 Through the first five months of 2015, 63 homicides have occurred in the city of Milwaukee, compared with 94 in all of 2014. Local leaders in the communities most affected by violence say its causes are complex and deep-rooted, and that solutions are hard to find.

State Rep. David Bowen and State Sen. Nikiya Harris Dodd, whose districts are in Milwaukee’s central city, cited a failure to stop the proliferation of legal — and illegal — guns as one major factor. Harris Dodd said universal background check legislation, which the state legislature refused to consider in April, is necessary to prevent firearms from falling into the hands of the wrong people. The Republican-led state Senate voted to repeal Wisconsin’s 48-hour waiting period for handgun purchases that same month.

In response to survey questions from the Milwaukee Neighborhood News Service, Milwaukee NAACP President Fred Royal, Rev. Willie Brisco, president of Milwaukee Inner-city Congregations Allied for Hope (MICAH) and the two state representatives agree, that the violence is symptomatic of larger, systemic issues within the city. High unemployment and lack of access to jobs, a lack of health and wellness options and the nonexistence of positive alternatives to violence — all results of what Harris Dodd called “staggering poverty” — were cited as root causes. More than one third of those 63 homicides have occurred in an area bounded by I-43 (east), 51st Street (west), Capitol Drive (north) and North Avenue, which includes the 53206 ZIP code, an area with more than 30 percent unemployment.

“We find ourselves in a perfect storm of neglect, hopelessness, disinterest, disenfranchisement and apathy,” Brisco said. “We all must share in the blame.”

Harris Dodd said, in addition to economic factors, there are social factors that contribute to violence. “From institutional racism to segregation, our community gets more divided every day. We are left with a generation of young people who have nothing to look forward to.”

Royal said he does not condone the taking of a life or the “individuals who make such an egregious lapse in judgment.” But he also finds it “very difficult to excuse our Mayor Tom Barrett and other elected officials who profess concern for the African-American community, yet turn a blind eye.” He referenced a Frederick Douglass quote, saying Douglass “understood in the 1800s what … the people of Milwaukee have yet to learn.”

In an 1886 speech, Douglass said, “Where justice is denied, where poverty is enforced, where ignorance prevails, and where any one class is made to feel that society is an organized conspiracy to oppress, rob, and degrade them, neither persons nor property will be safe.”

Bowen said effective education can lead to more economic opportunity that could reduce or eliminate poverty. Royal argued that there need to be “long-term solutions in developing career pathways to various sectors of industries that have historically omitted African-Americans.” He cited the healthcare industry, where he said African-Americans are “grossly underrepresented.” He also called for a return to community policing strategies.

“We should be investing in our community from every angle,” said Harris Dodd. But that investment will require changes in priorities, Brisco said. “In the long term our cities are going to have to deviate from the plan to develop our downtown areas first and concentrate on the central cities last. The same zeal that is exerted to build an arena and a streetcar must be applied to the more depressed areas of the city.”

It will take time to see results. “The community did not arrive at this point in time overnight and we certainly won’t arrive at … solutions overnight but the longest journey or shortest one begins with that first step,” Royal said.

Bowen said a new perspective is needed for the city to begin that journey. “We are all in this together and we all must take care of each other,” he said. “Milwaukee and Wisconsin’s future deserves nothing less.”