You are here: Home / Home / Carousel / MPS board to reconsider controversial charter school proposal
Share this... 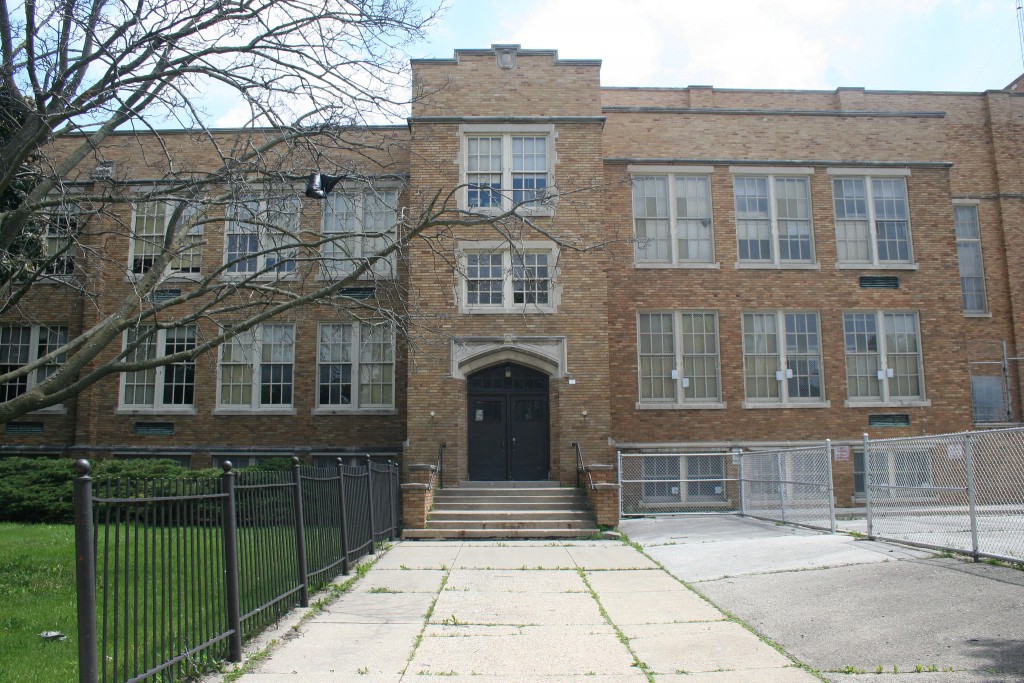 Editor’s note: This is one in an occasional series about charter schools in Milwaukee.

A controversial charter school proposal, which was tabled after a split vote in April, is expected go back before the Milwaukee Board of School Directors School Achievement and School Innovation Committee soon. While it was originally on the agenda for Tuesday, the meeting has been cancelled.

Supporters of Milwaukee Excellence say the school’s methods — including a longer school day and school year, high academic achievement goals and an extensive discipline policy — are necessary to provide students with the instruction and character that will allow them to succeed. But opponents say the proposal sets up a different standard for low-income, minority children that is overly punitive and devoid of a well-rounded, “enriched” education that includes the arts.

“The whole idea of regimented, special discipline for African-American children doesn’t work for me,” said Milwaukee Board of School Directors member Larry Miller, who voted against the proposal. 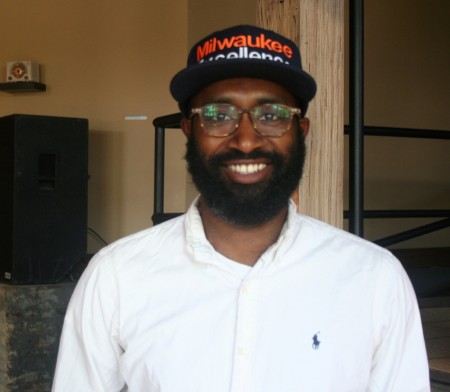 Thomas, who was named TFA’s National Teacher of the Year while at his initial placement in Atlanta, defended the discipline policy, which calls for demerits — what the proposal refers to as “negative PREP points” — to be issued to students for bad behavior.

“For me, it’s about giving students the support to be able to choose and be who they want to be,” Thomas said. “We want consistency … so, I’m saying, as a school leader, here’s our policy, here’s what we do.”

According to the initial proposal, submitted in January, a student could be issued a demerit for chewing gum, slouching in class, putting a foot on the desk or “improper use” of a student planner.

Thomas, who pointed out that a lower percentage of his proposal was dedicated to discipline than the Milwaukee Public Schools’ Parent/Student Handbook on Rights, Responsibilities and Discipline, doesn’t see much of a difference between the two policies. Responding to criticism, Milwaukee Excellence submitted an addendum prior to the April vote certifying that the school would “comply with and adopt” the MPS discipline code.

Changes included honoring MPS’ tiered response system to misbehavior and a pledge to “suspend students at a rate that is equal to or lower than comparable schools in MPS.” A key change, according to Thomas, was agreement to defer to the MPS Office of Family Services in the case of expulsions. The addendum also noted the possible need for “a different behavior modification plan” in special cases, but did not indicate what such a plan would look like.

“When I looked at their plan it was very, very restrictive and prison-like,” said Marva Herndon of Schools and Communities United, an organization whose website describes it as “a coalition to defend and improve our public schools.”

Much of the MPS handbook discipline section outlines the rights of students within the disciplinary process, an aspect less prevalent in Milwaukee Excellence’s original consequence-heavy policy. The Milwaukee Excellence addendum noted that the original discipline plan, included in the school proposal, would still function as a “code of conduct” for students. The addendum also outlined, under a section titled “promoting respectful disagreement,” that if a student responds to receiving a demerit or detention disrespectfully — verbally or through a “physical display” — that student “will receive a detention for that disrespect.” If a student disagrees with a punishment, it is his or her responsibility to set up a meeting with the teacher. Students are not permitted to “respectfully disagree” during tutoring or detention times.

After Thomas submitted the addendum, a board member urged him to “come back with something new,” according to Miller.

But Thomas emphasized that the proposal already addresses the need for a positive, proactive approach to deter negative behavior, and the importance of communicating consequences for any such behavior to students. He said that even in a circumstance where a teacher has been disrespected by a student, it’s important for the teacher to show the student love and care, and to treat the next day as a “fresh start.”

“If you don’t have that … that’s when you get issues of kids getting suspended for lots of different reasons that don’t really matter,” Thomas said. “You have to have teachers who understand students have dignity, that they’re people and, as adults, you have to have an unconditional positive regard for kids every single day.”

The Milwaukee Excellence proposal articulated high goals for what would be an eventual 5th-12th grade school, including academically outdistancing its central city and MPS peers, competing with high-performing schools in the region and sending graduates to top universities. The school, which hopes to open for the 2016-2017 school year, would seek to accomplish this by instituting a longer school day and longer school year — emphasizing additional after-school and summer instruction for students, and focusing on math, science, reading and writing. Together, these measures would afford almost 300 more hours of instruction during a year than the MPS average.

Thomas, who spent his original placement with TFA in Atlanta at a school that was “100 percent black [and] economically disadvantaged,” said he began giving instruction on weekends to catch his students up. He noted that the proposed charter’s leadership team chose to start at 5th grade because they “backward mapped” where students are and where they need to be. For example, if a 5th grade student reads at a 3rd grade level, he can catch up by 9th grade if his reading ability grows by a year and a half every year.

While he said the proposal was “well-researched,” Thomas acknowledged there’s no substitute for being “on the ground.” “[Students aren’t] just research — they’re people,” he said. “And, until I know the people, we won’t be able to know what additional things we’ll have to do … we won’t know until we meet our students and our families.”

Herndon disputed the ability of Milwaukee Excellence to catch children up who might have previously had a subpar education. “Those kids can’t read when they get them. Now, you’re magically going to have them prepared for college?”

Thomas said he knows it won’t be easy but he wants students to be able to do what they want most after graduation, “whether that be the University of Wisconsin-Madison, whether that be art school, whether … they want to pick up a trade, they want to join the military. I’m going to celebrate the heck out of every single one of those students because they’ve done the hard work.”

Herndon and Gail Hicks, a former special education teacher, said it’s not that simple. They said the real issue is a lack of structure in the central city community, stemming from high unemployment. Without jobs, said Hicks, parents won’t have the resources to send their children to college anyway.

Miller also pointed to the lack of arts or music education children would receive. Per the proposal, in its first year Milwaukee Excellence plans to employ arts and theater staff at a ratio of one teacher to 480 students, which would not improve until the school’s fifth year, when there would be two staff members to 600 students, if projections hold.

The initial vote was split — four board members for, four against and District 1 representative Mark Sain abstaining. However, the board’s composition has changed. In early April, Wendell Harris Sr. beat out longtime board member Jeff Spence in a rematch of an election eight years ago and Carol Voss replaced Meagan Holman, the only board member who did not run for re-election. Both Spence and Holman voted in favor of the Milwaukee Excellence proposal.

With the addition of Voss and Harris, who has a long track record of opposing non-instrumentality schools, the proposal’s future is unclear. Sain did not respond to multiple interview requests.

The Milwaukee Excellence debate is taking place in the context of proposed governance changes promulgated by the state. On May 19, the State Senate Joint Finance Committee approved the “Opportunity Schools and Partnership Program,” which gives the Milwaukee County Executive power to appoint a commissioner who would operate independently from the school board and assume control of failing MPS schools. Under that plan, the commissioner could operate those schools directly or award management to independent charter or voucher (private) school operators.

Thomas said he’s “committed to MPS” and isn’t paying attention to the activity in Madison. “I’m back at the table because I want to be a part of this (MPS) team; I want to be under this umbrella.”

However, Thomas said he also has approached the UWM Office of Charter Schools as a backup. “My position has always been the most important thing is to be able to open the school,” he added.

Adrienne Woods, director of the Office of Charter Schools at UWM, confirmed Thomas submitted a 20-page prospective before UWM’s deadline at the end of February. She said the abbreviated proposal, which was approved in March, “spoke to a discipline policy” but that “there weren’t any red flags.” However, the office would have to see a full application before making a final decision; the deadline for applications is the end of August.

Despite some misgivings about the initial proposal, Harris said he has not made up his mind. “If the folks who put this model together would consider coming in as an instrumentality school and maybe look at taking a different approach to discipline I would be open to having a conversation with them. I’m open to conversation,” he said.

Miller said he doesn’t doubt that Thomas “truly in his heart” wants to educate children but he can’t get on board with the proposal as it is.

“I don’t know Maurice but I know very good people that do have a lot of respect for him and he’s done some good work here in Milwaukee. But … what was being put forward was unacceptable,” he said.

He suggests that Thomas “come back to us with something that we can really unite around.”