You are here: Home / Home / Carousel / Students can get free new books throughout the summer
Share this... 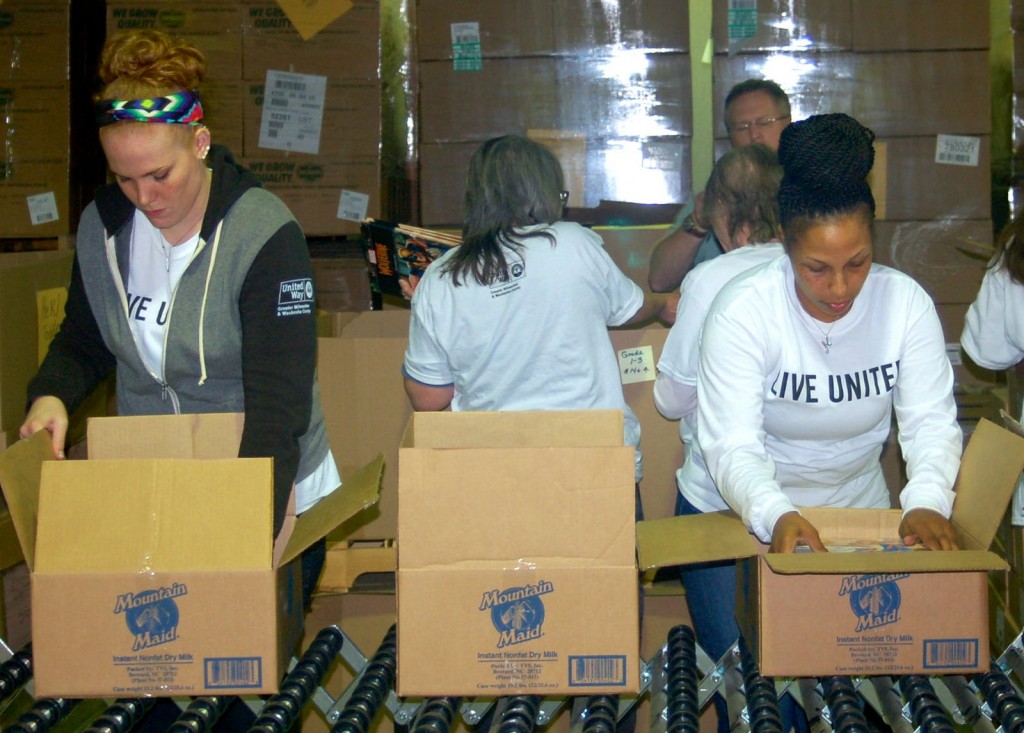 Beginning next week, students who visit certain schools, parks and summer meal sites run by the Hunger Task Force will also be able to pick up a free copy of a popular title of their choice.

“It just makes sense; we want to go where the children and families with the most need are,” said Nicole Angresano, vice president of community impact at United Way.

Volunteers from both United Way of Greater Milwaukee and Waukesha County and the Hunger Task Force recently gathered to sort 20,000 books to be distributed to local youth this summer.

The Summer Reading Partnership is intended to help prevent a “summer slide,” or decrease in reading proficiency, when school is out of session. 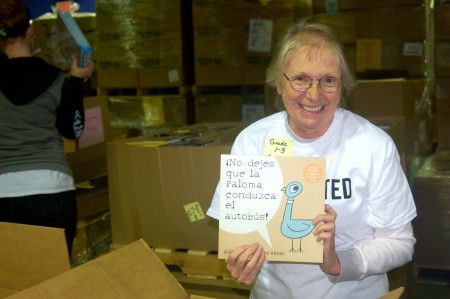 Charlene Stevens holds up a popular title before placing it in the box to be distributed in the coming months. (Photo by Allison Dikanovic)

“There is a fun summer slide that we think of, and then there is the summer slide we don’t want,” said Brian McKaig, vice president of marketing and communications at United Way. He noted that students’ reading skills can regress over the summer when they’re not in school and access to new books can change that.

“We are at a critical point in Milwaukee when it comes to academic achievement,” said Angresano. “We want to create opportunities over the summer to make sure young people stay on track and get ahead.”

United Way’s goal is to distribute 70,000 books this summer, which is significantly more than last year’s final count of 56,612 books.

“We want kids to have culturally and academically appropriate new books,” Angresano said.

United Way and Hunger Task Force worked closely with Milwaukee Public Schools to identify schools and areas with high concentrations of children and families that could benefit most from new books. The books will be handed out at these schools and parks as well as at Hunger Task Force’s free summer meal sites starting June 22 through the end of August. Students will each be able to pick out one book, and they can get a new book every time they visit a site until the books run out.

Angresano said that Hunger Task Force’s sorting and distributing capacity was invaluable in the effort. Volunteers sorted the books by reading level.

“I’m used to boxing up food, but today I brought my sister with me so we could box up books for kids,” said Charlene Stevens, a regular volunteer at the Hunger Task Force.

This is the third year of the partnership that was started by the Faye McBeath Foundation, which recently closed. McKaig said that United Way stepped up to become the lead organization to carry on the legacy of the foundation.

In addition to United Way and Hunger Task Force, other organizations contributing to the program include Milwaukee Public Library, MPS, Milwaukee Recreation and IMPACT Planning Council. It is being funded by the Daniel M. Soref Trust and R. A. Stevens Foundation.