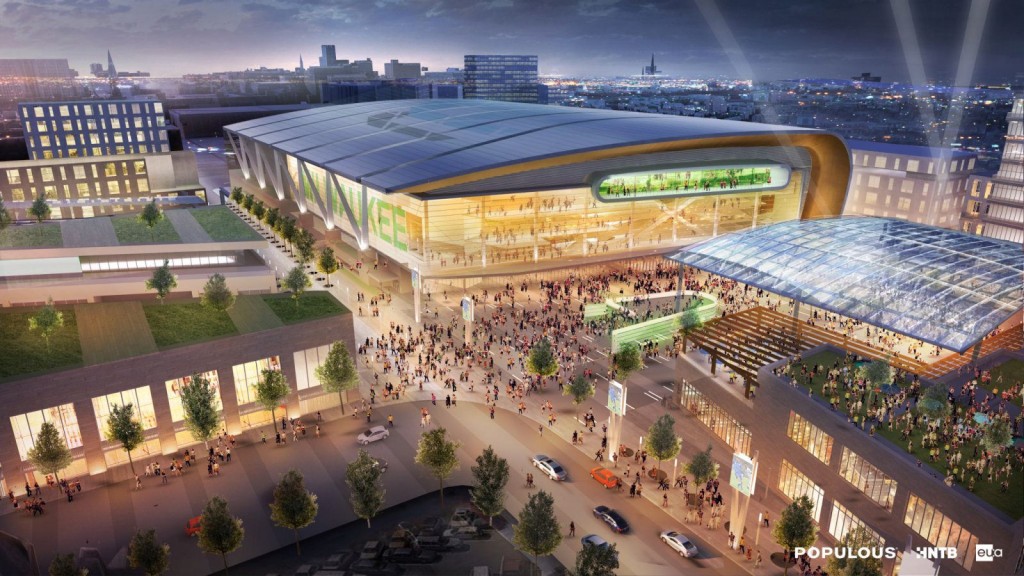 Supporters of a new Bucks arena look forward to a revitalized business and entertainment district around the facility. (Courtesy of the Milwaukee Bucks)

Whenever State Sen. Nikiya Harris Dodd talks in favor of the proposal to build a $500 million downtown arena that would be the new home for the Milwaukee Bucks she gets “pretty cold stares” from some of her constituents.

Ralph Hollman, president of the Urban League, said, “Believe me, in my community I get my share of pushback and frankly some criticism” whenever he voices his organization’s support for the arena.

The arena proposal was passed by the state Assembly and has gone to Gov. Scott Walker for his signature, but it is “a highly emotional issue for everyone in the community,” according to Harris Dodd. Bucks owners and former U.S. Sen. Herb Kohl, the previous owner, will pay $250 million, or about half the initial cost for the building. The other portion is slated to come from the state, county and city. Considering interest payments over the expected 20-year life of the funding package, the total public cost would likely be about $400 million, according to reports. 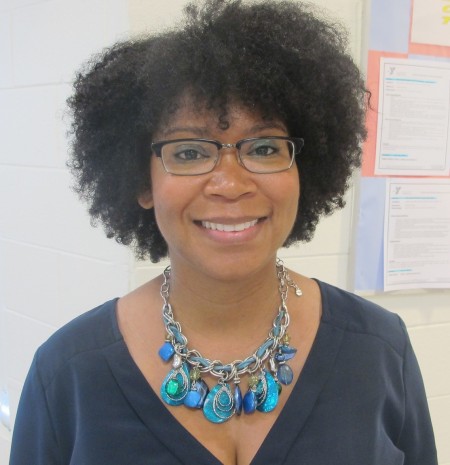 Elected officials and community leaders who favor the proposal see it as an investment in the city’s future that would pay for itself, provide jobs and serve as a community asset. But controversy swirls around the public funding component and the value an NBA franchise brings to a city facing tight budgets and a range of challenges relating to poverty, crime, education and other issues.

The arena would be built in State Sen. Lena Taylor’s district (District 4) and she too has heard her share of criticism from constituents. Nonetheless, she favors the project for economic reasons. NBA players will pay more than $700 million in local taxes over the next 32 years, according to Taylor. “Revenue from the Bucks arena through basketball games, concerts and other events will stimulate both Milwaukee’s economy and Wisconsin’s economy.”

Hollman points out that in 2013 Wisconsin collected about $6.5 million in taxes from NBA players. If the franchise pulled out of Milwaukee it would leave an immediate hole in the budget, he said.

“The Bucks provide a tangible economic benefit for the community,” Hollman said. “Without a strong economy we can’t deal with all our other challenges.”

Arena supporters see the public financing component of the proposal as a job creator and an investment in the broader community, while detractors call it a boondoggle for billionaire owners and rich players. “‘Corporate welfare’ is one of the strongest criticisms I get,” said Harris Dodd.

Eve Hall, president and CEO of the African American Chamber of Commerce, called the arena project “a once in a lifetime opportunity to grow this city.” She bases her support largely on the potential for development downtown and the jobs that would be added.

“With everything that’s being said (about the arena) don’t forget that this comes with jobs,” said Wallace White, a member of the board of directors at the Milwaukee Area Workforce Investment Board, “and nothing fights poverty like a job.” 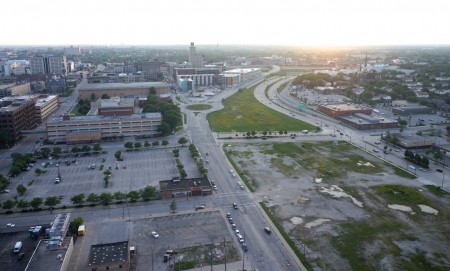 The proposed site of the new arena and entertainment district, from Old World 3rd Street and Juneau Avenue. (Photo by Adam Carr)

Taylor agrees and points out that the existing arena, the BMO Harris Bradley Center, currently supports about 2,000 jobs that would likely be lost or diminished if the Bucks leave Milwaukee. In addition, she said approximately 4,000 jobs would be added during construction, and as many as 1,000 new, permanent positions would be needed to staff the larger facility and the proposed restaurants and other businesses that would be built around the new arena.

Many believe job growth must include provisions for minority hiring. Hollman, and others who met with the Bucks, say the owners are committed to minority participation and to creating good jobs capable of supporting families.

“The Bucks reached out to us early in this process and have shown they understand that all segments of the community need to be involved if we’re going to make Milwaukee a world class city,” Hollman said.

Harris Dodd thinks that increasing minority employment downtown will help create a dynamic business and entertainment district. “I believe a revitalized downtown will be a diversity hub,” she said. “It will have a much more welcoming vibe for African Americans than we have now.”

Speaking on behalf of the business community, Hall said companies looking to attract workers to Milwaukee or locate here see the Bucks as a drawing card. “Obviously, not everyone will attend the games but having the team and a new, bigger arena adds value to the community,” she said.

Building pride in Milwaukee and a greater sense of community provides further rationale for some to support the Bucks arena. “There is no way the Bucks should not be in Milwaukee,” said Victor Barnett, executive director and founder of the Running Rebels Community Organization. “The city needs things to rally around and the Bucks provide common ground.”

Walker has said he supports the proposal and intends to sign it.