You are here: Home / News / Arts and Recreation / Arts @ Large exhibit explores history of civil rights and baseball
Share this... 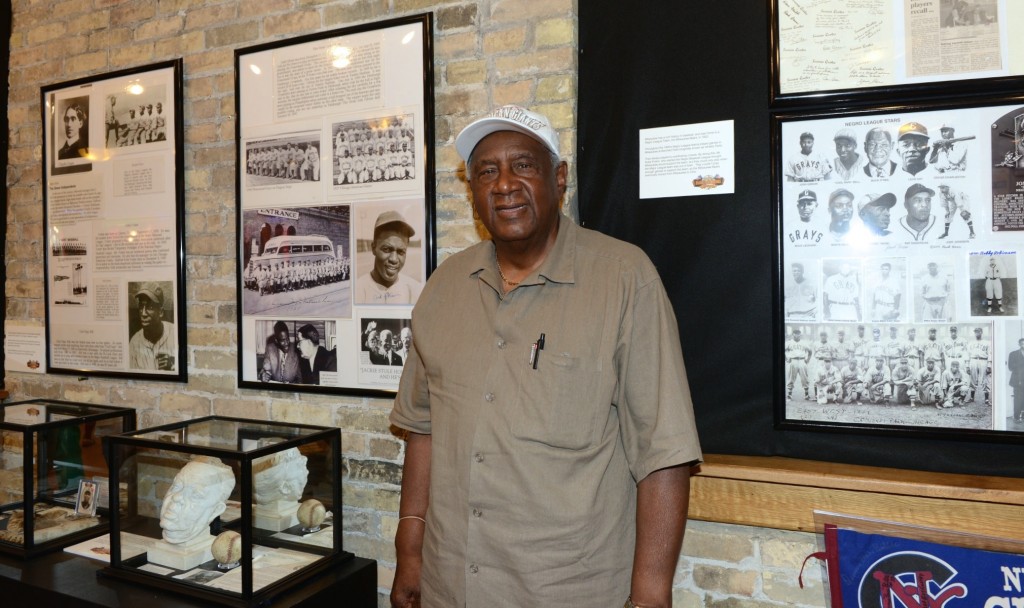 Sporting a Chicago American Giants baseball cap, Dennis Biddle, who at 17 became the youngest player on record to ever play in a Negro League baseball game, points to a montage of photos featuring baseball players he once played with.

With a sense of urgency, he spins off story after story about the history and downfall of the league, which he played in until signing with the Chicago Cubs in 1955.

“I share these stories with the youngsters because I don’t want them to be lost forever,” said Biddle, founder of Yesterday’s Negro League Baseball Players, LLC. 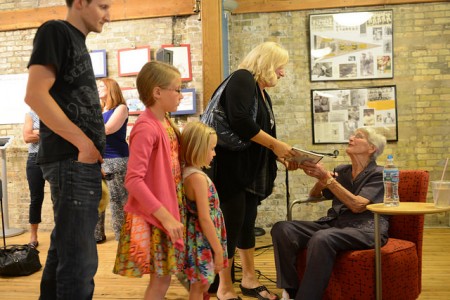 Biddle and Joyce Westerman, a player for the All-American Girls Professional Baseball League, shared their stories with students from six area schools working with Arts @ Large this summer. The students learned how Negro League players worked to overcome racism and how women kept baseball in the public eye during World War II by playing in a league of their own.

Over several months, the students used what they learned about the minority influence in baseball to create original artwork, displayed alongside a traveling memorabilia collection about the Negro League, as well as personal photos provided by Westerman. The exhibit, “Civil Rights and Baseball,” will run at the Arts @ Large Gallery, 905 S. 5th St., until Oct. 1.

The student work, which was guided by local artists and art education students from Cardinal Stritch University, includes original drawings, large painted cutouts of Negro League stars and other works.

The goal was for kids to “learn about and then express visually how minorities shaped the game and also created opportunities for others after them,” said Brianna Dorney, communications and curation specialist at Arts @ Large.

The idea for the exhibit came from representatives of the Jewish Museum of Milwaukee, which also currently has a baseball-themed exhibit, said Dorney.

Kelli McCalligan, a third-year art and secondary education student at Cardinal Stritch University, helped students from West Side Academy II use a projection system to create large cutouts of historical baseball figures for the exhibit. 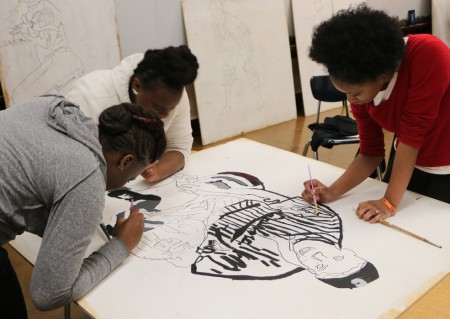 After completing the line work, students labeled each section of the drawing, mixed paint and then colored them, said McCalligan. Even for the youth, the process of creating museum-quality pieces was quick and very engaging, she said.

“I think art makes it easier for the kids to express what they learned in the process of researching the baseball players,” McCalligan said.

After hearing Biddle speak, the students promptly asked to create a cutout of him, said McCalligan, which is titled, “Youngest player in Negro League history.”

Biddle vividly recalls being a teenager and hearing that the St. Louis Cardinals were going to make him a first round pick in the Major League Baseball draft.

“It was the most disappointing day in my life,” said Biddle, who turned down two college baseball scholarships before going undrafted.

And though his race kept him from being drafted then, it also allowed him the opportunity to play in the Negro League, which he cherishes.

“There’s only 59 of us left,” said Biddle of living players from the league, adding, “We’ve got to pass down our history so it will never be forgotten.”