You are here: Home / Home / Carousel / Foreclosures persist in Milwaukee because of high poverty rate
Share this... 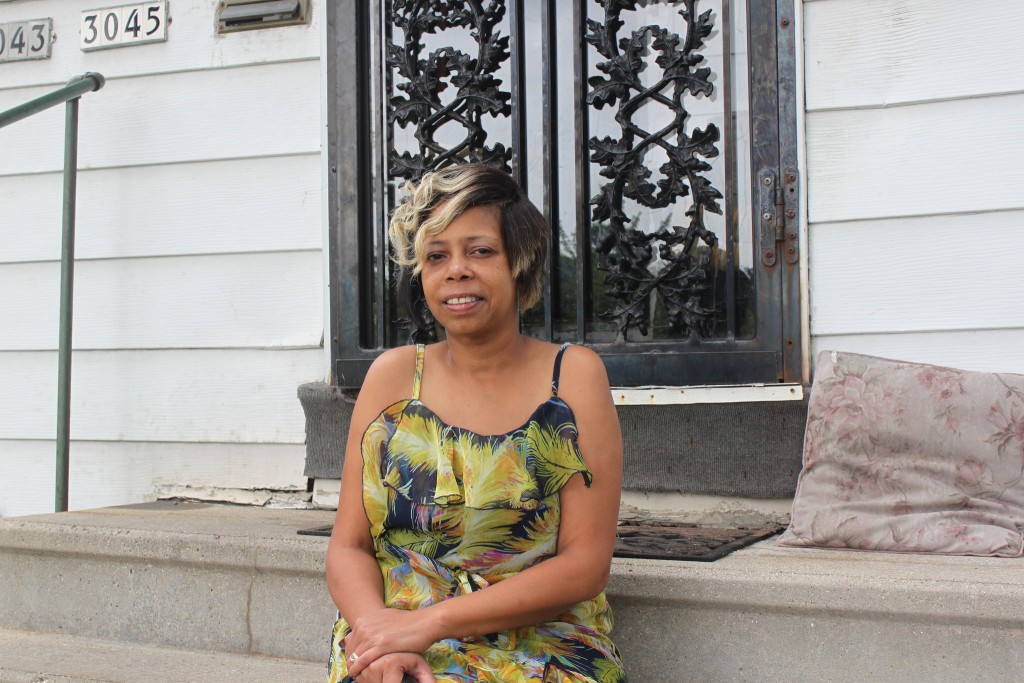 After reaching out to qualified home foreclosure mediation counselors, LaDawn Meledy was able to keep her Borchert Field residence. “I wanted to fight for my home,” she said. (Photo by Matthew Wisla)

When LaDawn Meledy received a foreclosure notice from her bank, her mom had recently succumbed to cancer and she had just taken ownership of the family home in the Borchert Field neighborhood. Now she was on the verge of losing that too. Not knowing where to turn for advice, she contacted a mortgage loan modification service mentioned in the foreclosure papers.

“I wanted to fight for my home,” Meledy said. “The bank doesn’t care; they are not trying to work with you.”

Following more than six months of coordination with the Metro Milwaukee Foreclosure Mediation Network and her bank, Meledy was able to finalize on a new 30-year mortgage in July. She said too many people have given up on their homes in her neighborhood after financial difficulties struck.

“People need to know they can get help. I made it through,” she said. 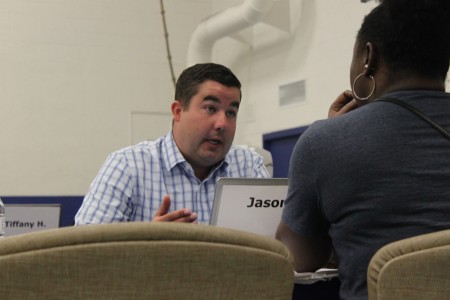 Jason Knapke, loan advisor with Chase, recently met with homeowners at the “Save Your Home” event at the Martin Luther King Jr. Community Center. (Photo by Matthew Wisla)

With U.S. housing prices creeping back up following the recession it may appear that the nation’s foreclosure crisis has ended. Housing experts disagree.

“In the minds of some the foreclosure crisis is over, but the Milwaukee market hasn’t signaled that to us,” said Bill Druliner, community engagement manager at Green Path, a nonprofit credit counseling organization.

According to Brad Dwin, deputy director of Hope Now in Washington, D.C., “There’s an economic recovery but it’s uneven. Many cities haven’t recovered.” Dwin spoke at a recent “Save Your Home” event at the Martin Luther King Jr. Community Center, 1531 W. Vliet St.

Milwaukee is currently experiencing an increase in tax foreclosures, according to Bethany Sanchez, senior administrator at the Metropolitan Milwaukee Fair Housing Council’s fair lending program. “Many people are struggling to stay in their homes.”

Druliner agrees and points to the role poverty is playing. “This is a very different foreclosure market than we had a few years ago,” he said. “Now it’s more often the long-term effects of poverty that’s driving foreclosures whereas before (lack of) employment was a bigger factor.” 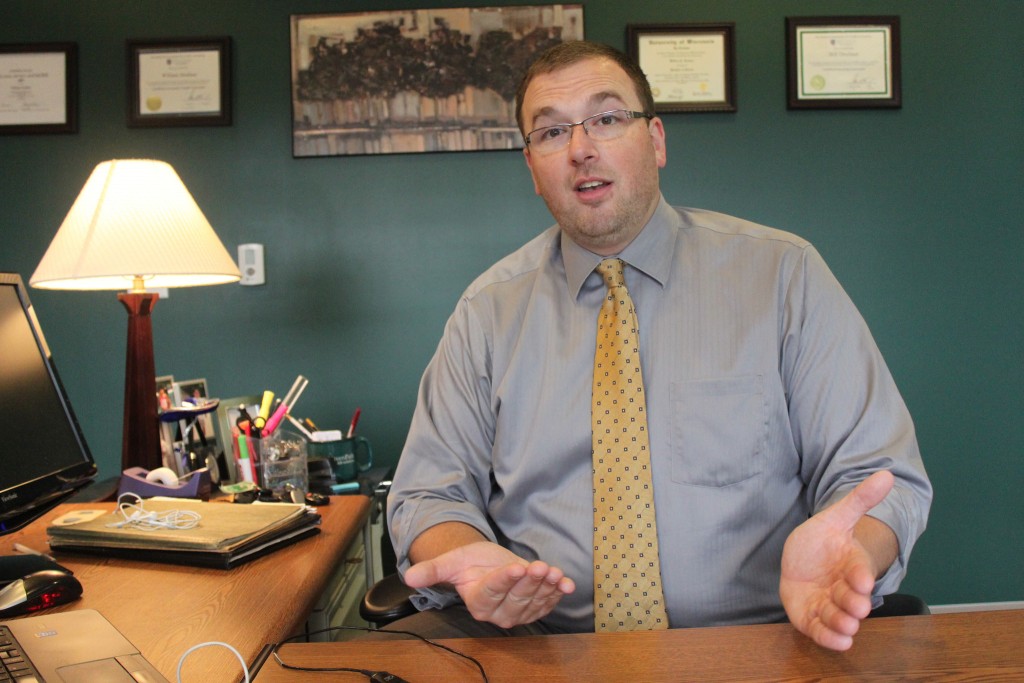 Financially stretched homeowners can find themselves in foreclosure if they allow tax bills to mount, according to Bill Druliner, community engagement manager at Green Path, a nonprofit credit counseling organization. (Photo by Matthew Wisla)

Druliner said several factors often conspire to push financially strapped homeowners into foreclosure today; it usually isn’t their mortgage alone. “Other obligations factor in like a high- interest car loan, or medical bills or credit cards. They get in the way of people being able to handle their mortgage,” Druliner observed.

An early indication of a homeowner at risk of tax foreclosure comes when the amount owed the city treasurer begins increasing. That can happen when unpaid water bills or building code violation fines, along with penalties and interest, are added to an already delinquent tax bill. It can create a slippery slope towards foreclosure, according to Druliner, because homeowners under pressure from a range of other debts may begin to see their growing tax bill as insurmountable and stop paying on it.

According to Amy Koltz, executive director of the Metro Milwaukee Foreclosure Mediation Network, the earlier a homeowner acknowledges the situation and reaches out for help, the better chances of avoiding foreclosure. Sanchez and other experts recommend working with qualified nonprofit housing counselors and being wary of any organization promising guaranteed results.

Meledy said that during the foreclosure mediation process her counselors “took the time to work with me even when I was in tears. They cared.”

One of the biggest challenges facing homeowners battling to avoid foreclosure is staying on top of the process and managing all the document-filing deadlines required by the bank. “The hardest part is the paperwork, no doubt,” Meledy said. “You have to get it all in order. Your insurance, your receipts, your taxes.”

Meledy believes that homeownership benefits neighborhoods and homeowners alike. “I think there’s less crime around when people have their own homes,” she said. “With this house, I have all the memories of my mother and grandmother. There is such comfort in owning my own home; it gives me a sense of achievement and purpose.”