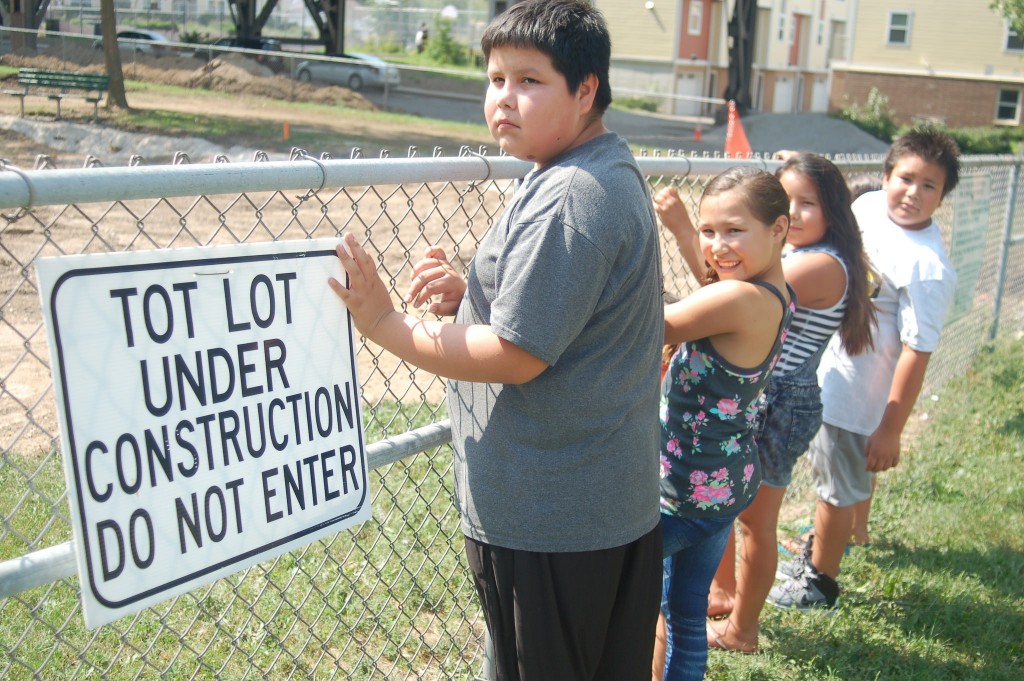 Community feedback has resulted in a new Arlington Heights Park at 3429 W. Pierce St., outfitted with youth and adult fitness areas, plenty of structures to climb, a rain garden and a new point of access from West National Avenue.

Sas-Perez said the improved park will complement other recent developments in the area, including the Menomonee Valley Branch of the Urban Ecology Center.

Arlington Heights is one of 12 play areas tabbed to be rebuilt as part of MKE Plays, a new initiative aiming to turn the city’s 12 most deteriorated playgrounds, as evaluated by the city Department of Public Works, into neighborhood centerpieces by October 2018. The 2015 city budget only provides $165,000 for playground improvements. The city plans to raise the bulk of the money for the project from foundations and other entities. 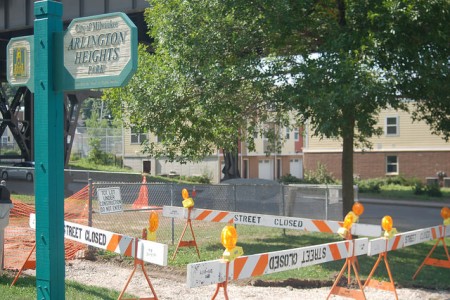 The ribbon cutting for Arlington Heights Park, 3629 W. Pierce St., will be held on Sept. 24. (Photo by Edgar Mendez)

A key part of the MKE Plays strategy is to include neighbors in choosing a design for the park, according to Joe Kaltenberg, program coordinator for MKE Plays. The process included home visits, surveys, interviews with community leaders and focus groups, with the goal of increased neighborhood engagement, said Kaltenberg.

Community outreach has begun on choosing a theme for a second playground on North 17th and West Vine Street, but that park will not open until next April, according to organizers.

According to Milwaukee Common Council President Michael Murphy, who spearheaded the $1.6 million initiative, it is extremely important that changes at the park reflect the needs of the community.

“We wanted to know what was important to them because we’re counting on individuals and the communities as a whole to utilize and support the playgrounds,” Murphy said.

Fundraising for the initiative has gone well, according to Kaltenberg, spurred by an initial investment of $300,000 from the Zilber Family Foundation and smaller donations from the Fund for Lake Michigan and others. More recently, donations have come from Northwestern Mutual, the Milwaukee Metropolitan Sewerage District and from private donors such as Stewart Edwards and his wife Joanne Danforth.

Danforth grew up in a large family and said the playground on North 52nd and Sherman Boulevard was their second home. “We considered ourselves playground rats,” Danforth said.

Danforth added that she remembers the benefits the playground provided her and her siblings, including exercise, a structured place to play and the ability to problem solve and socialize in a healthy environment. That’s what motivated her to support MKE Plays.

“All kids deserve a nice place to play like we had,” Danforth said.