You are here: Home / Home / Carousel / Seven things you should know about MPD’s body camera policy
Share this... 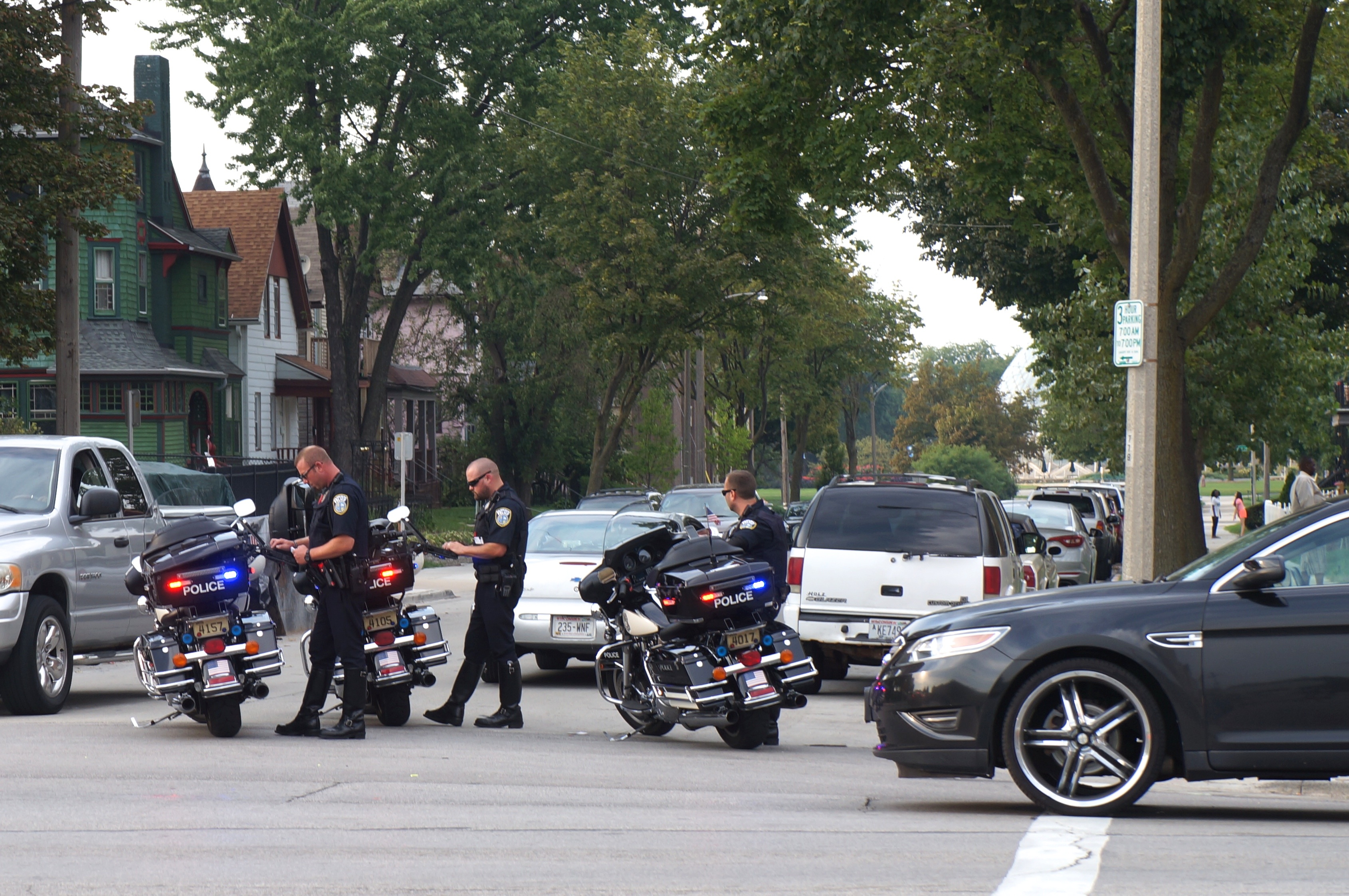 Milwaukee police officers will soon be equipped with body cameras that will record their actions while on duty — with some exceptions. (Photo by Adam Carr)

The Milwaukee Police Department has released operating procedures for police officers’ use of body cameras. While the policy is still under review by the city’s Fire and Police Commission, the cameras are expected to be in use at the end of September.

The policy outlines how officers will be using the new technology, specifically what should be recorded and how the footage will be stored. While the procedures do not address which police officers will be given cameras and how they will be apportioned among police districts, MPD Sgt. Timothy Gauerke said in an email that the preliminary plan is for each district to have 50 cameras by the end of 2015.

Below are some of the basics from the policy:

At the end of each shift, the officer is required to upload the footage to Evidence.com, an offsite storage platform.

The footage is stored for 120 days. Some footage will be stored longer “in the event the video is the subject of a litigation hold, a criminal case, part of discovery, etc.” 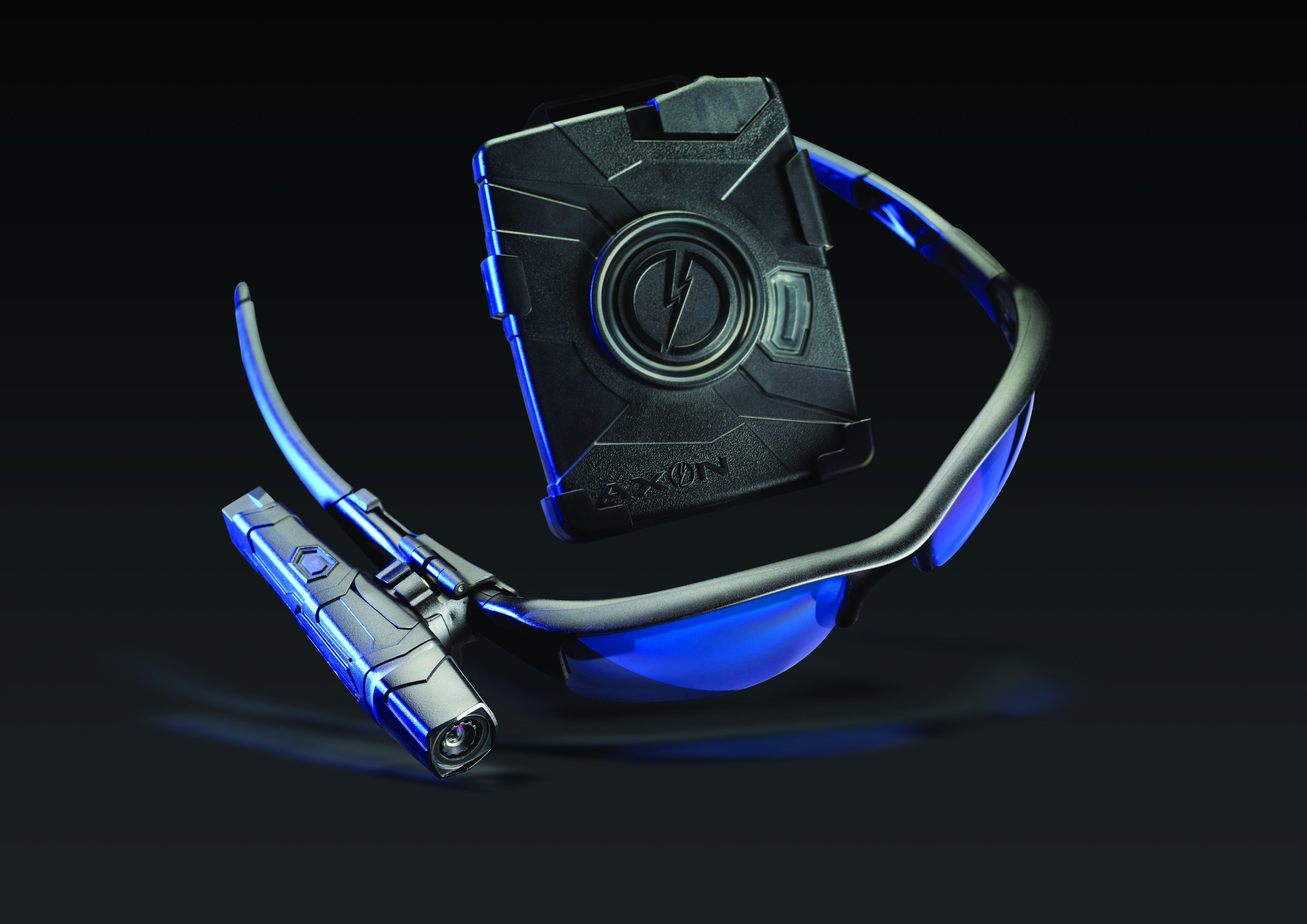 The audio and video recording equipment can be mounted on the officer’s glasses, hat, vest or collar, providing an unobstructed view of what the officer is seeing. (Photo provided by Taser International)

Police can see the live feed or recorded video on a smart phone using a mobile app. Officers will not be able to edit the footage.

The videos are the property of the police department. After uploading, they can only be viewed by officers to assist in reporting or helping prepare a court case. Authorized individuals can view the footage for reviewing evidence or during an official investigation. The videos may also be used for department training purposes.

The public is not allowed to see the video footage, “unless there is an investigative reason to do so” and a police supervisor has approved it. However, the policy states that the cameras are “not specifically designed to log evidence or to be used for any situation where fine detail and resolution is necessary.”

The department’s existing policy for public records requests applies for the videos, as well. Only the Chief of Police or a designee can approve accessing, copying or releasing the video.

If the camera is recording during a time when police activity results in bodily harm or death, the officers wearing the cameras are not allowed to view the footage at the time, unless it is necessary for the investigation.

A supervisor from the Investigations and Intelligence Bureau, not involved in the incident, will deliver the camera to the nearest police district and upload the footage.

Officers assigned to wear a camera must wear it at all times when on duty, if they are in uniform or if there is a chance that they may need to perform duties. The camera must be recording during “all investigative or enforcement contacts.” The policy outlines 12 examples of contacts, such as vehicle stops, transporting non-police officers, searches of property or people and any suspect pursuits.

Under the policy, officers are prohibited from recording body cavity searches in hospitals, other officers during non-enforcement duties or for personal reasons. They are required to turn off the cameras when entering a criminal justice facility, unless given prior approval.

Cameras do not need to be activated in a place where a reasonable expectation of privacy exists, such as dressing rooms, locker rooms and restrooms.