You are here: Home / News / Arts and Recreation / UCC fails to follow through on $20,000 commitment to rebuild nearby park
Share this... 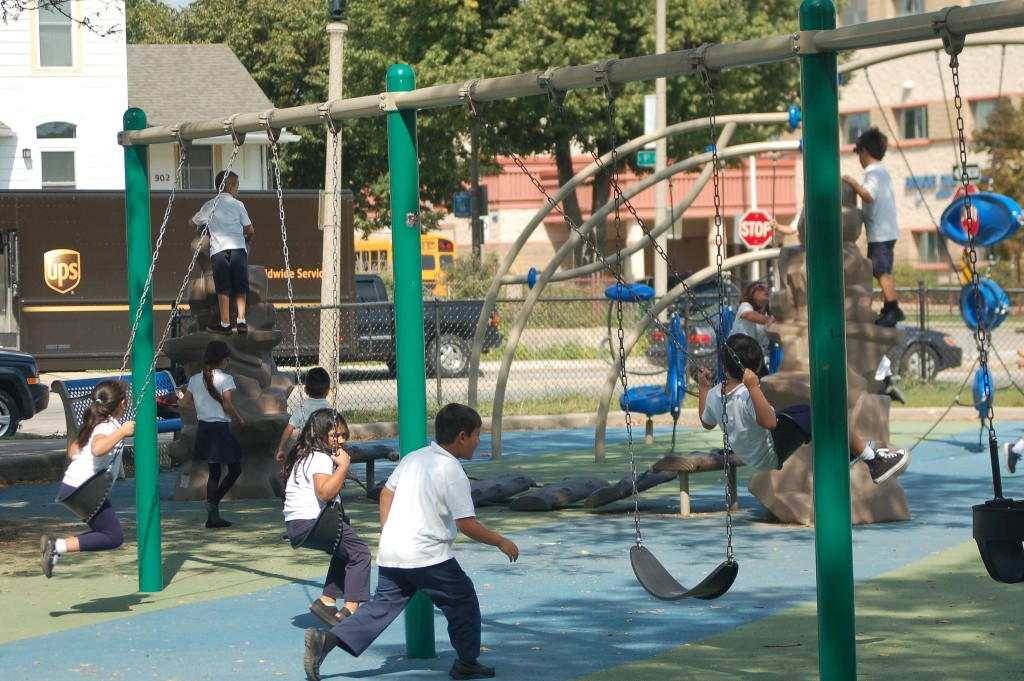 Though construction on the project, which included repairs to the pavilion roof and bathrooms along with new playground equipment, was completed in time for a grand opening in November 2012, the county has received no funds from UCC, a social service agency at 1055 S. 9th St.

The organization’s failure to follow through on its commitment is extremely disappointing, especially considering that students from the school use the playground during the week, said Peggy Romo-West, county supervisor for the 12th District, where the park is located. Guadalupe does not have its own playground.

Romo-West said regular use of the park by the school’s students prior to construction “went beyond normal wear and tear at the park and is a big part of the reason the park equipment needed to be replaced sooner than it would have.” 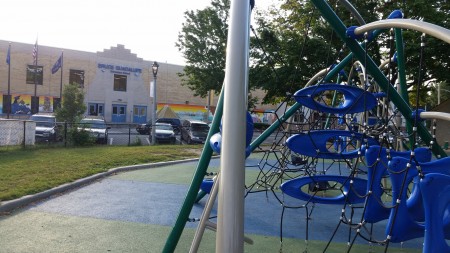 Rodriguez denied making the commitment and said he has no control over the money. However, emails obtained by Milwaukee Neighborhood News Service through a Freedom of Information Act request show differently. In May 2012 Rodriguez responded to a county email containing copies of a Donation Agreement between the Bruce Guadalupe Community School and the Milwaukee County Department of Parks, Recreation and Culture, in which the county thanked Rodriguez for the donation and requested the contract be signed and returned.

In response, Rodriguez wrote: “…regarding the funding of the playground project, United Community Center will contribute $20,000 over a two-year period ($10,000 a year) toward the project.” Juan Ruiz, deputy director of the UCC board and chief financial officer was copied on the correspondence.

When contacted by NNS, Ruiz said he’d never seen a contract from the county, adding that he was still waiting for an invoice for the pledge made three years ago.

“I cannot cut a check out of the clear blue sky,” Ruiz said, adding that once he receives an invoice UCC will gladly fulfill its pledge.

The county never prepared an invoice because UCC never signed the contract, according to Megan Haeger, contracts and project manager for the parks system.

“If we don’t have a signed contract in hand we can’t invoice,” said Haeger.

According to Ruiz, in the past the county invoiced UCC when work on a project was completed. Ruiz also said he recently left a message about the $20,000 pledge for James Keegan, former chief of planning and development for the parks system. However, Keegan left the county in August to become deputy director of the Arizona State Parks.

Some community members also have been tracking the $20,000 pledge, including Dr. Rohan de Silva, who moved in across the street from UCC eight years ago and is a member of the Walker Square Neighborhood Association.

“I’ve been waiting to see if they’d follow through on their word. Such audacity to not even pay their fair share!” de Silva said.

Not only do Guadalupe students use the park for gym, recess and other activities, de Silva said, but UCC employees take all the public parking spaces around the park rather than use their own lots.

Fulfilling its pledge of $20,000 to the county would have a significant impact in a small park such as Walker Square, said Romo-West. She said residents have been asking for improvements to the pavilion for years and that the money could also pay for the addition of goal posts in an area of the park that young people typically use for soccer.

“If that money was to be a gift towards the park then they (UCC) should cut the check and send it to the county,” Romo-West said.