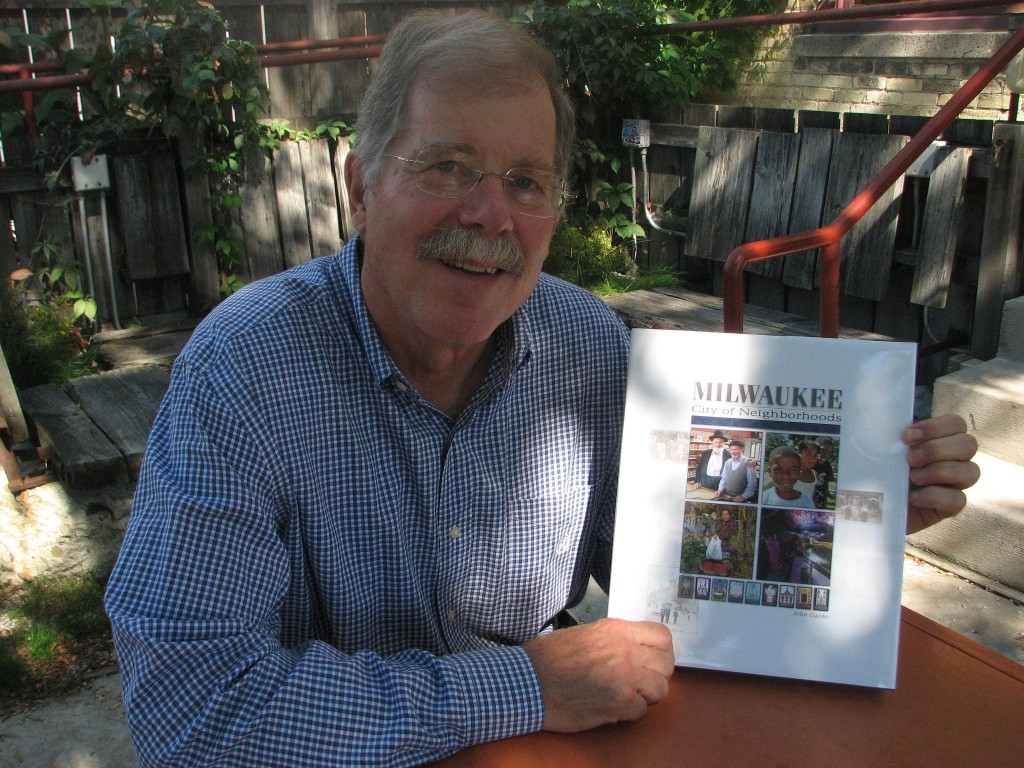 Milwaukee Neighborhood News Service sat down with author and historian John Gurda to ask him about his new book “Milwaukee: City of Neighborhoods,” which was just released. Gurda explained why he took on the project, the main theme of the work and what makes the 37 Milwaukee neighborhoods noteworthy.

NNS: What inspired you to write this book?

JG: If I hadn’t, we would have let a great deal of information fall by the wayside. This goes back to a series of posters that the city put out in the 1980s. I wrote the essays on the back, but the posters are gone forever and that was a lot of information. So it was a perennial interest in the neighborhoods and a desire to ensure that information we had gathered 30 years ago was updated and accessible to the general public.

NNS: What is the book about?

JG: It’s about the neighborhoods. How they started, how they changed and where they are today. When you come down to it, any history is a study of change. The neighborhoods have transformed over time. In my old neighborhood on the South Side around Jackson Park, my grandparents had a hardware store on Lincoln Avenue for 50 years. When I was growing up and into the 1980s, that neighborhood was largely Polish and German and now it’s Latino. That’s incredible change in less than a generation. That’s the nature of life in the city.

NNS: What is the main theme of the book?

JG: That geography matters in Milwaukee and that the neighborhoods are important. Where we live on a small scale is where we most visibly see problems, opportunities and celebrations. Certainly we have metropolitan things such as professional sports and festivals, but on the neighborhood level, like in Walker’s Point, the Third Ward or on the South Side, that is where life is lived.

NNS: Why should someone read this book?

JG: It will open doors that you didn’t know existed. There are communities in here that are off the beaten path as well as ones that are quite familiar. Seeing the variety of neighborhoods in Milwaukee can be nothing but enriching for anyone who lives here or has an interest in Milwaukee.

NNS: How does the book show that Milwaukee is special?

JG: Early on we had rivers that divided us into sides so we weren’t this big monolith. We were always cut up into North Side, South Side, East Side or West Side. That’s part of Milwaukee’s foundation and it has persisted and evolved over the years. If you look at a map, we have this sort of quilt of Milwaukee neighborhoods. People who live up in Thurston Woods and down there in Tippecanoe share the city, pay taxes and watch the same television channels, but they live really different kinds of lives. There’s a remarkable variety.

NNS: Do you have a favorite neighborhood or area of the city?

JG: Honestly, no. I love them all for different reasons. The South Side, where I’m from, is home territory. The diversity on the East Side where you go from cottages along the river to castles on the lake — and that’s been true since the 1840s — you can’t not like that. The variety on the West Side as well. You have the Merrill Park (neighborhood)…where the Irish settled, a Slovak settlement and an affluent settlement all in one square mile. The resilience of the North Side neighborhoods like Harambee, Amani and Metcalfe Park where a lot of good stuff is going on after facing some severe challenges since World War II. They have never given up. There is an emotional and financial investment being made there and some very cool things are going on.