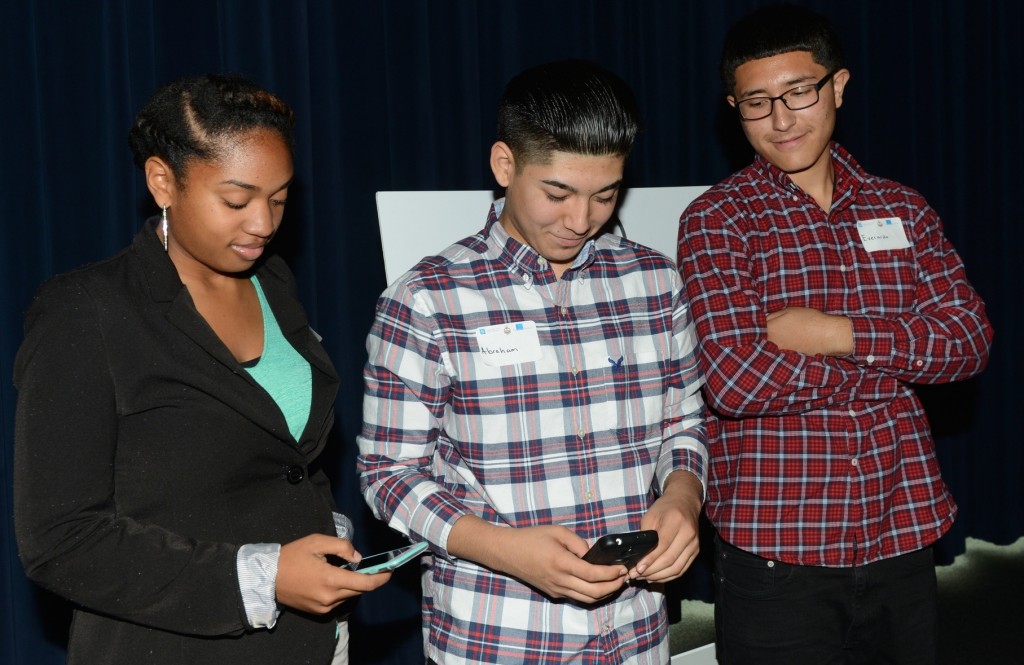 Imani Ray, now 19 and a high school graduate, suffered from after-school boredom during her freshman year. But the following year everything changed. Through a connection at Public Allies Milwaukee, the former Messmer High School student found a youth leadership organization that solved her problem.

“I joined Urban Underground my sophomore year so I wasn’t bored for too long,” Ray said.

Now back at Urban Underground as a Public Ally herself, Ray participated in the launch of the Beyond The Bell Milwaukee mobile app and closed the circle on a project she joined at its inception.

The free mobile app was recently launched on Google Play and the iTunes store. The app provides locations, contacts, types of activities and links to organizations’ Web sites for more than 200 after-school programs and activities for youths ages 12 to 18. Users can also identify program sites in close proximity to where they are. 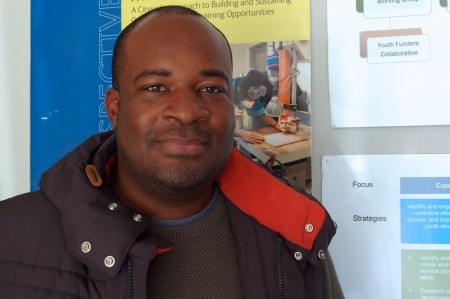 Reggie Moore, founder and executive director of the Center for Youth Engagement, talks about the app at the organization’s headquarters, 4850 W. Fond Du Lac Ave. (Photo by Andrea Waxman)

During her first year at Urban Underground, Ray and her peers worked with the Center for Youth Engagement (CYE), a nonprofit committed to improving opportunities for urban youth. “We created a survey to … find out what the students were doing after school, and if they weren’t involved in anything, to find out what were the barriers,” Ray said.

The survey found that 70 percent of the youth who were not involved in after-school programs or activities said they didn’t participate because they didn’t know how to find them. The results led CYE to initiate Beyond The Bell to focus on improving coordination among youth programs and services in Milwaukee County. First, CYE gathered data for Youth Map Milwaukee, a Web site that maps after-school programs and activities. But when youth from partner organizations pointed out that they typically access the Internet through their cell phones, not on computers, the idea for the app was born.

Although many initiatives are geared to young people, most don’t involve young people, said Reggie Moore, founder and executive director of CYE. But, from the outset, Beyond The Bell involved young people in every aspect of the project. They also will be involved in updating the app and all ongoing aspects, he explained.

Brothers Abraham Castillo, 17, and Everardo Martinez-Saavedra, 16, together with other teen participants, collected data for Youth Map and the Beyond the Bell app by calling organizations around the city and asking about their offerings. Calling strangers was difficult at first, “but it became a lot easier as we got experience and I learned a lot about what was offered,” Abraham said. Another benefit for the brothers, who live on the South Side, has been getting to know teens from other neighborhoods around the city, they said. 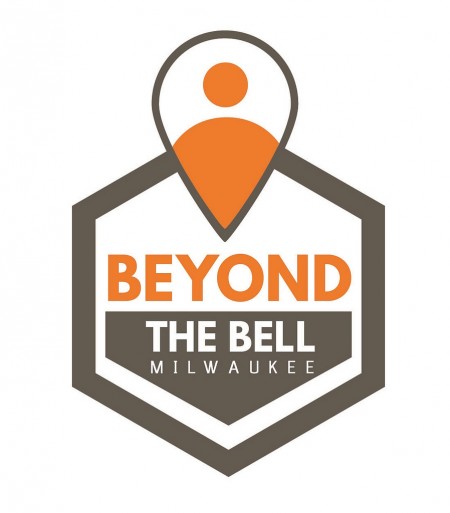 “I like (the project) a lot because it’s something that we put our hard work into and it’s going to benefit other kids who are not going to be bored like we (were),” Abraham added.

Abraham and Everardo’s father enrolled them in Hope House’s Shining Stars Youth Program when they were in grade school, the brothers said. Others who worked on data collection came from Urban Underground and Neulife. Teens from Milwaukee Christian Center, Pearls for Teen Girls, Running Rebels and True Skool participated in focus groups.

The focus groups were assembled by Dustin Hahn, UWM’s App Brewery project manager, and his team, who built the app free of charge. The youth provided input on the appearance, desired features and other aspects of the app as it was being developed.

“The feel of it will be really appealing to (young people),” Ray said. “The colors are bright. The process isn’t lengthy. It’s fun and easy to use,” she added.

As people begin using the app, Hahn noted, his team will make adjustments and fixes. “We try to produce the best quality software we can but there’s nothing like real-life testing,” he said. His team would love to continue working with Beyond The Bell to advance the app, he added.

According to Ray, the app will be promoted at schools, youth organizations, events attended by youth and through social media. Moore said that a Beyond the Bell adult working group is developing an outreach strategy and he expects members will ask public relations and advertising agencies for help.

Brian Litzsey, co-chair of Beyond the Bell’s access working group, said “the best part of this project is young people actually had a voice in how (the app) looks.” He noted that even adults tend not to have a chance to work on many projects from the initial concept to the end. Litzsey added that this kind of success allows young people to understand what they are capable of accomplishing.