You are here: Home / Posts from Community / John Kuhn, Santana Dotson, and Froedtert & the Medical College of Wisconsin Cancer Network team up to raise awareness for prostate cancer
Share this... 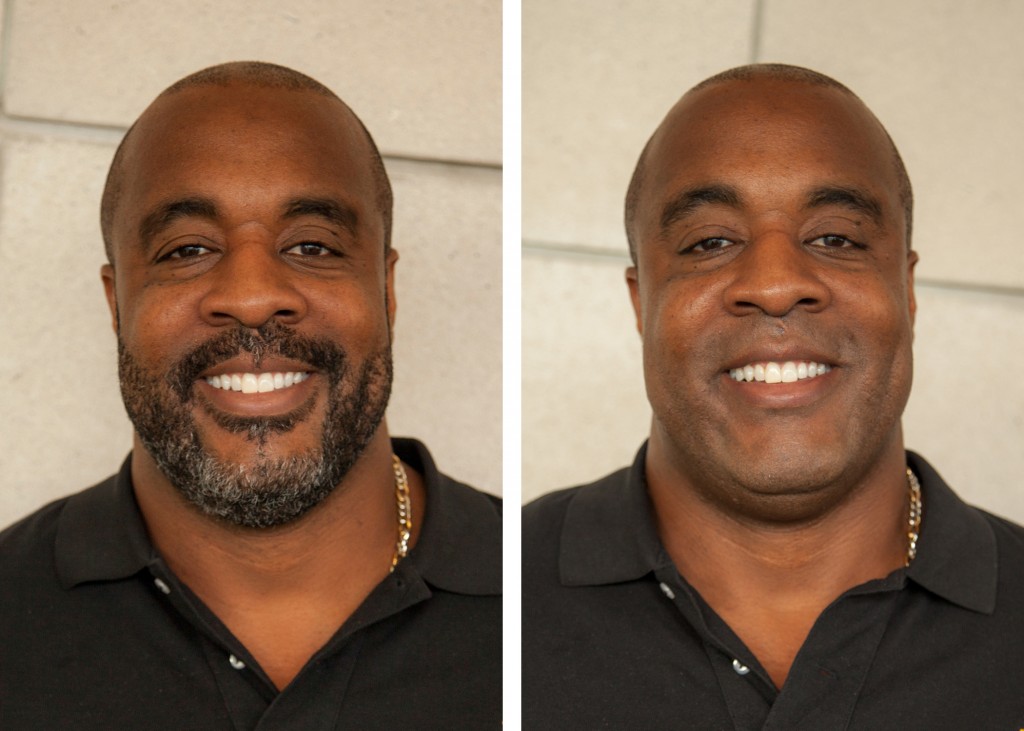 Santana Dotson before and after the shave for the Green Gold & Growing prostate cancer awareness kick-off at Froedtert & the Medical College of Wisconsin. Courtesy of Froedtert Hospital

Green Bay football fan favorites John Kuhn and Santana Dotson are teaming up with Froedtert & the Medical College of Wisconsin Cancer Network for Green Gold & Growing, a prostate cancer public awareness campaign. The initiative kicked off October 27 at Froedtert Hospital, when Kuhn and Dotson, along with prostate cancer survivor Frank Krupkwoski, shaved their facial hair to get a “clean start” before challenging men to join them in growing out their facial hair throughout the month of November.

“Each one of us plays an important part in the fight against prostate cancer,” said William See, MD, prostate cancer specialist at Froedtert. “Talk with your doctor. Screening is safe and painless and can detect prostate cancer early, when it is most treatable.”

Approximately one in seven men will be diagnosed with prostate cancer during his lifetime, with African-American men 60 percent more likely to die from the disease. If found early, prostate cancer is one of the most treatable forms of cancer; yet, it is the second leading cause of cancer death in men — nearly 30,000 lose their lives to the disease each year. 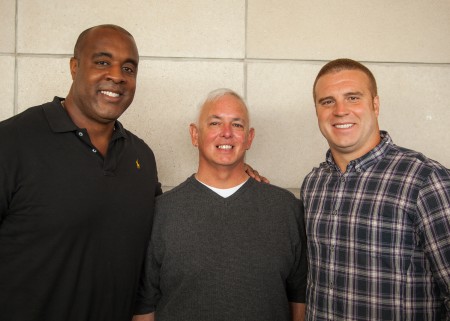 Santana Dotson, Frank Krupkowski, former prostate cancer patient at Froedtert and John Kuhn show off their clean shaven faces. They will be growing their facial hair throughout the month of November in support of Prostate Cancer Awareness. Courtesy of Froedtert Hospital

Prostate cancer advances slowly, giving men time to find a physician and treatment that best meets their needs. Men with a family history of prostate cancer and African-American men are encouraged to be screened beginning at age 40. For others, baseline screening is recommended by age 45. Starting at age 50, screening is recommended every one to two years.

The public is encouraged to get creative in helping raise awareness about the importance of prostate cancer screenings by submitting photos of their own facial hair growth on Facebook at www.facebook.com/GreenGoldGrowing. People who prefer not to or are unable to grow facial hair are encouraged to submit photos showing “fake” facial hair. At the end of the campaign, one submission will be randomly selected with the winner receiving a chance to meet Kuhn at a private event later this year.

“My beard ranks right up there as one of the best in the world,” said Kuhn. “I know Santana can’t do better than me, but I want to see if someone else out there can. I hope we’ll see lots of pictures and get people talking about this important men’s health issue.”

“I’ve had facial hair since John was in diapers, so there is no way he can grow a better beard than me,” Dotson said. “But no matter who grows it best- me, John, or anyone else in Wisconsin- if we can get guys talking about prostate cancer and the importance of getting screened, then we’ll all be winners. We have the power to tackle the issue, but we need everyone to step up and join us in raising awareness.”

“We are thankful to John and Santana — leaders on and off of the field,” said Dr. See.

Dr. See encourages every man to talk with his physician about prostate cancer screening and to know that options are available when seeking care.

About Froedtert & The Medical College of Wisconsin