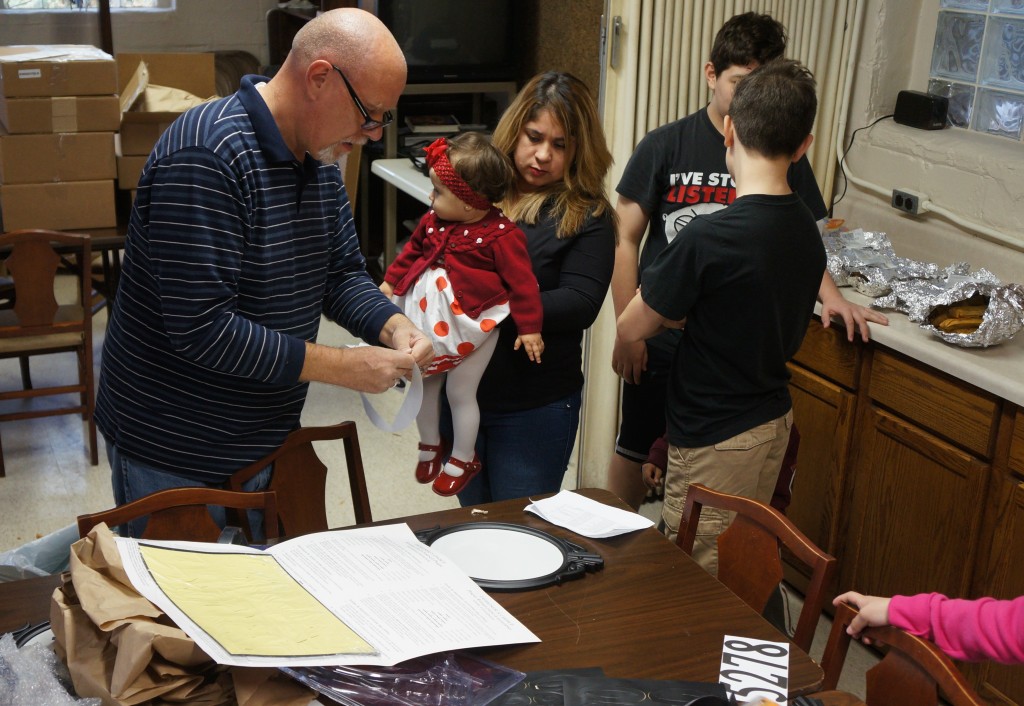 Jim Anderson, pastor at Mision Cristiana Bethel Church, 1601 S. 33rd St., has heard all the radio reports and news stories about how Milwaukee is one of the most segregated cities in America.

“I always wanted to do my small part to help break down the cultural barriers here,” Anderson said.

So three times a day he walks his dog, a small papillon, around the neighborhood, greeting and attempting to engage his neighbors, many of whom speak only Spanish, in small talk. 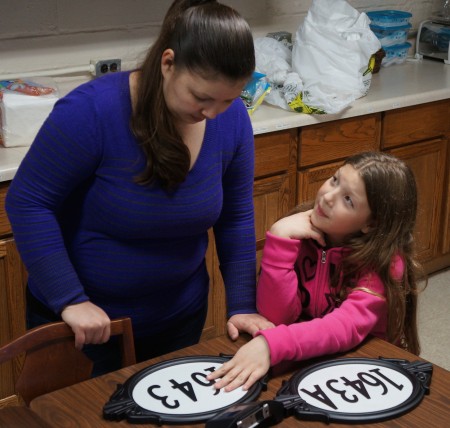 Carmen Mora and her daughter place the numbers on her home’s plaque. (Photo by Adam Carr)

While walking his dog this summer he noticed a car moving slowly down his block before the driver got out for a closer look at the address plaques on some of the homes.

Anderson wondered, “What if that had been an ambulance answering an emergency call and they couldn’t tell which house needed help.”

What began as an idea to improve public safety by installing lighted address plaques ended up being the bridge he’d been envisioning since moving back to the city from Minneapolis about three years ago.

When all was said and done, residents of 19 homes on South 33rd Street between Mitchell and Lapham worked together to install solar-powered oval shaped plaques that light up their homes and the block at night.

That might not seem like a big deal until you consider that Anderson speaks very little Spanish, which is the native language of more than half the residents on the block. Luckily, he had two eager partners in husband and wife Glenda De Leon and Julio Rayzoga, who are his neighbors.

With some translation from Jonaton Zuniga, community outreach manager for Layton Boulevard West Neighbors, a nonprofit serving the area, the neighbors went door to door explaining the goals of the “Address Plaque Block Project,” and asking others if they were willing to participate.

“If the neighbors spoke Spanish we’d talk to them, and [if they spoke] English, he (Anderson) would,” said De Leon, in Spanish.

One of the first stops they made was to Carmen Mora’s gray and blue two-story home. Mora, who is bilingual, said she was thankful that others on her block came to her with an affordable idea that would benefit the neighborhood. 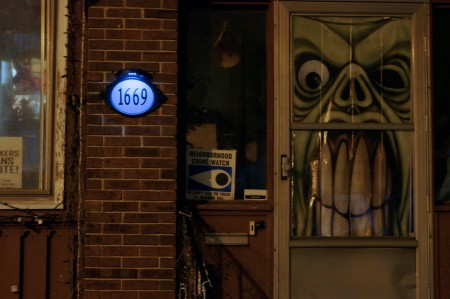 “The idea was good and the price too good to pass up,” said Mora, who’s been living on the block for 14 years.

Neighbors paid $10 for each of the $50 plaques, according to Zuniga. The Greater Milwaukee Foundation and the city’s Neighborhood Improvement Development Corporation (NIDC) donated $1,000 to cover the remaining cost of the project.

According to Beth Lee, director of fund development and communications at LBWN, grants including those from NIDC have resulted in tens of thousands of dollars in investment in three Layton Boulevard West neighborhoods, including Burnham Park.

De Leon agreed. “My husband and I met our neighbor Juan, who we’d seen walking around but had never talked to,” she said. She added that meeting him and other neighbors during the project makes her feel safer on her block.

As for Anderson, he’s just glad to do his part to introduce neighbors to one another.

“I’m just one guy but I want to share with my neighbors the keys to this block,” Anderson said.