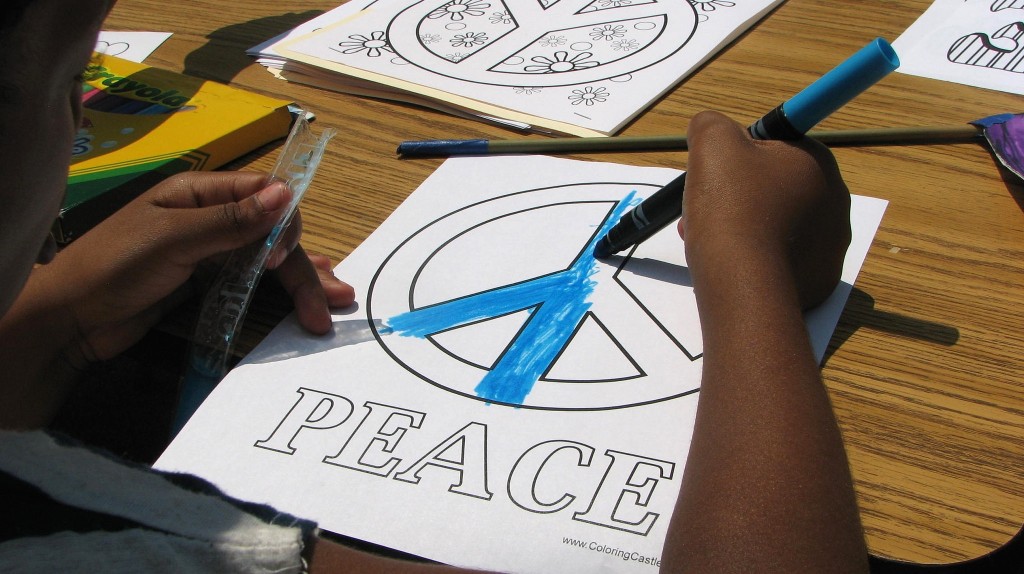 The city’s Office of Violence Prevention will hire a plan development manager and a coordinator to work with community organizations to end youth violence. (Photo by Brittany Carloni)

With more than 35 years of experience working with youth, Victor Barnett, executive director and founder of Running Rebels, has experienced ups and downs in Milwaukee. With 63 homicides during the first five months of 2015, the city seems to be in a particularly troubled time. However, Barnett sees opportunity in the violent social landscape.

“A lot of our young people are in a dark tunnel,” Barnett said. “With all the negative stats that we have, I think Milwaukee is in the best position … to make a change.”

A step in that direction comes in the form of two new roles in the city health department’s Office of Violence Prevention. Mayor Tom Barrett’s 2016 city budget allocates $150,000 for a plan development manager and a coordinator to address youth violence by working with community partners.

Mark Nicolini, city budget and management director, explained that the new positions are in the health department because violence is a public health issue, affecting more than the immediate victim. The Common Council approved the mayor’s budget on Nov. 3.

Running Rebels will be part of the Youth Violence Prevention Initiative. The organization offers after-school programming, such as music, arts and sports, to expose young people to new opportunities and build healthy relationships with adults. Barnett hopes that the city’s plan will connect organizations so they can learn from and help one another, which he said has rarely occurred during his decades of community work. 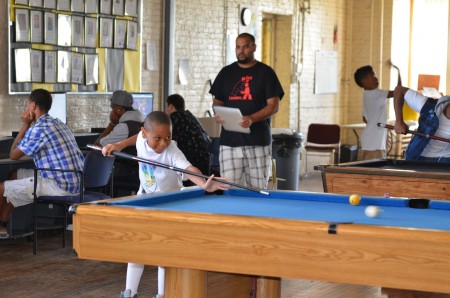 “Milwaukee is real strong on tradition,” he said. “Sometimes the way we’ve done it is the way we want to keep doing it. Sometimes we have to do things differently.”

Representatives of the Office of Violence Prevention met with more than 40 community leaders, youth-serving organizations and neighborhood groups in developing the positions. Relationships among the groups had been developed during Coming Together, an annual citywide gathering of youth and community workers to discuss gun violence.

Tim Balke, United Community Center (UCC) director of youth programs, called the initiative a “great idea.” He added, “Forward-thinking approaches like these will allow for greater change and sustained impact.”

UCC uses goal setting as part of its violence prevention programming, which includes volunteering and giving youth leaders roles within the organization. Keeping young people engaged in their communities creates a sense of neighborhood pride, but these programs require financial resources. The city’s initiative could help keep programs running over the long term, Balke said.

The new workers will start in 2016 by developing a strategic plan for addressing youth violence based on conversations with organization leaders, parents and youth. “A big focus will be identifying gaps in service, researching best practices and evaluating current programming,” Nicolini said.

Barnett said he worked with Urban Underground, Center for Youth Engagement and We Got This on the plan and has met with the mayor several times to discuss what is needed. “We have community organizations sitting down, talking about what we need to do,” he noted.

Pardeep Kaleka, co-founder of Serve 2 Unite, said he is excited about the new positions, but hopes city officials will take the time to address issues such as unemployment that affect youth violence and not become discouraged if results are not immediate. “Someone needs to look at the policies and see what’s the best approach.”

Serve 2 Unite works with third graders to seniors in high school to facilitate discussions about issues affecting local and global communities. Kaleka was not involved in developing the city’s plan.

Programs focused on providing youth basic job skills will allow them to find work and keep them from searching for other ways to make money, such as stealing and selling drugs, which can lead to violent behavior. “Nothing stops a bullet like a job,” Kaleka said. Unemployment for 16- to 24-year-olds nationwide was 12.2 percent in July 2015, according to the U.S. Bureau of Labor Statistics.

Barnett emphasized that, to be successful, the new appointees must remain connected to what is going on at the neighborhood level to address youth violence. Work is being done, he said, and the city has the resources to strengthen existing programs through collaboration. “Milwaukee has everything it needs right here. … If we do it right, we can fix our city.”