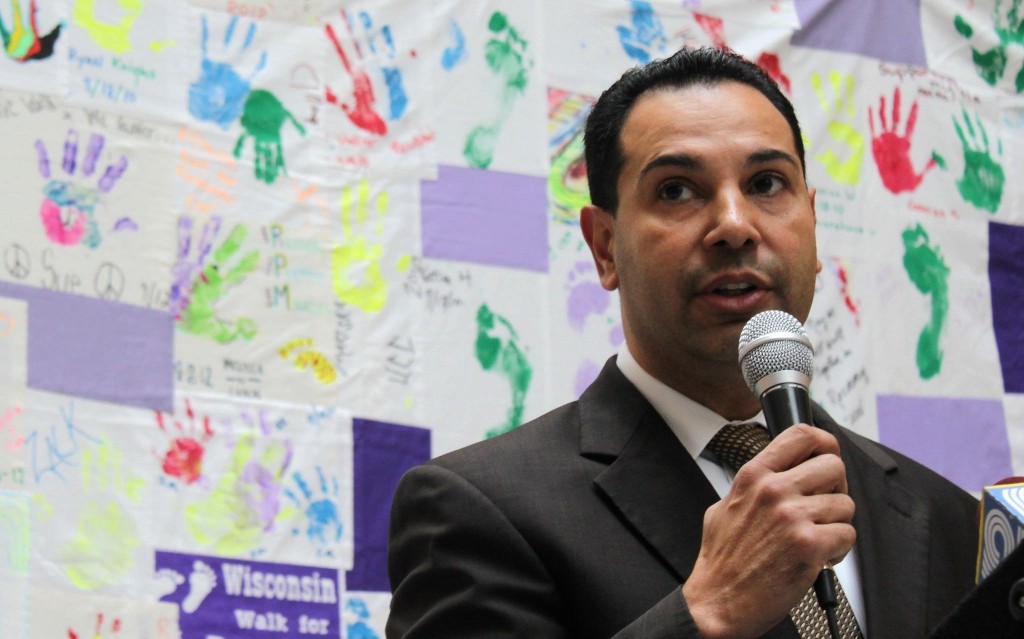 For many central city residents suffering from mental illnesses such as depression, a diagnosis is just the beginning of a long journey to treatment and healing. According to a new report, the mental healthcare system run by Milwaukee County is complex, fragmented and fraught with barriers preventing or limiting access to care.

“There is a shortage of mental healthcare providers serving low-income people on Medicaid and sometimes where there is capacity in the system it is not well used,” said Rob Henken, president of the Public Policy Forum, which recently published the report, “Milwaukee County Outpatient Behavioral Health Capacity Assessment,” in conjunction with the Human Services Research Institute and the Technical Assistance Collaborative.

Mental healthcare providers such as Dr. Julie Schuller, executive vice president of clinical affairs at Sixteenth Street Community Health Center, 1032 S. Cesar E. Chavez Drive, say part of the problem with the current system is that it doesn’t locate services where people need them. “There needs to be more mental healthcare clinics out in communities,” she said. “Building access is a priority issue.”

Under the current system, getting in to see a doctor can take a while. “Wait times, especially for people with urgent needs, are very disturbing,” said Barbara Beckert, director of the Milwaukee office of Disability Rights Wisconsin, an organization focusing on people with severe conditions that works with the state to advocate for patients. 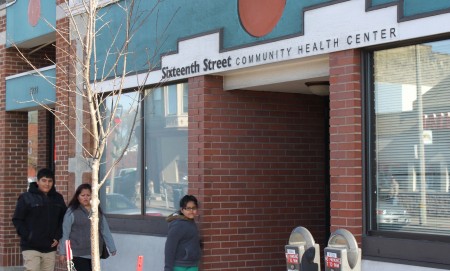 The mental healthcare system is transitioning from county-run centralized institutions to a community-based model with services provided at clinics such at the Sixteenth Street Community Health Center in Clarke Square. (Photo by Matthew Wisla)

The challenges typically begin when primary care physicians refer patients for mental healthcare and they are given a list of providers to call for an appointment, the report found. Researchers attempted to make an appointment with 249 organizations or individuals identified as mental healthcare providers. The list included clinics, psychiatrists, federally qualified health centers and private practice clinicians. After making at least three calls to each, researchers reached only 142, or 57 percent, of providers. The rest of the time calls were unanswered or messages were not returned.

When appointments could be made, the average wait time was between 10 days and a month, with the longest being 75 days. Waits of approximately two months were not uncommon.

David Hughes, vice president of the Human Services Research Institute, helped lead the recent study and has researched mental healthcare systems around the country. Comparing the situation here with other cities Hughes said, “It is challenging (in Milwaukee) to find a provider and then you’re faced with wait times that are reasonable but not ideal.”

As Beckert pointed out, “It’s a pretty complex system to navigate, especially when you’re not feeling well.”

There is a human cost as people search for a provider or wait to begin treatment. “The longer you delay, the more people suffer,” said Dr. Jon Lehrmann, chairman of the psychiatry and behavioral medicine department at the Medical College of Wisconsin and a member of the Milwaukee County Mental Health Board.

According to Lehrmann and others, people navigating the system can become discouraged and give up on finding a provider. But getting treatment at the earliest possible time helps prevent conditions from worsening, which can result in people receiving short-term treatment in hospital emergency rooms. Without ongoing care the “emergency room treatment and release” cycle often repeats.

The problem people face in finding providers may be based, at least in part, on a low acceptance rate of Medicaid payment among providers. Wisconsin has one of the lowest Medicaid reimbursement rates in the country, according to Hughes. The report found that despite a significant increase in Medicaid enrollment in 2014, Medicaid recipients used behavioral health outpatient services at about the same rate as in previous years.

The providers with whom researchers were able to make appointments accepted Medicaid and were taking new patients. Those who did not respond may have been unwilling to accept Medicaid patients. According to the report, “It may be that the low reimbursement rates for Medicaid relative to other payment sources create a disincentive for providers.”

Héctor Colón, director of the Department of Health and Human Services for Milwaukee County, says Wisconsin’s low Medicaid reimbursement rates, especially compared to surrounding states, hurts residents and needs to be increased. “We need to work with the state to address this so people who are eligible for Medicaid can receive treatment,” he said.

Since 2012, Colón and his department have been working to place more resources in communities. The county is “getting out of the inpatient business by 2018” by closing facilities and decentralizing mental healthcare delivery. More than $15 million has already been invested in the effort, which has resulted in increased collaboration between the county and other entities, including the private healthcare system, the state, small providers, non-profits, advocates and city residents, according to Colón. “But more needs to be done,” he said.

The county is working with the Mental Health Board to privatize its hospital for mental health patients needing short-term and emergency care. Colón said the board’s plan would include closing the county’s aging hospital on the mental health complex grounds at 9201 W. Watertown Plank Road. The solution could be to create a consortium of Milwaukee providers that would share responsibilities for a new facility, or a new partnership with a single national or local provider.

Next year, the county plans to open a Community Access Hub that would help take the place of emergency rooms for mental healthcare patients in crisis. The facility would provide emergency treatment and refer patients to other community-based providers for ongoing care. It is expected to open by the end of 2016; another one is planned for 2017.

According to Colón, the rebalanced system will “no longer be reliant on long-term care institutions and will be less reliant on psychiatric inpatient admissions from emergency room visits.”

As the county decentralizes its mental healthcare services, a complex, fragmented landscape of providers has emerged, according to the report. “The million-dollar question is who is best to convene oversight and align what we are all doing,” said Schuller.

Colón believes it should be the county. “We can rise to the challenge and play a key role in coordinating outpatient services,” he said. The county has already begun discussions with its partners and others in the mental healthcare community on how it can assume a hands-on role in managing the system, according to Colón.

Mental healthcare systems around the country organize themselves in a variety of ways to ensure quality and coordination, said Hughes. For example, decentralized systems in Massachusetts and Pittsburgh and Philadelphia, Pa., are managed by their local governments.

In Milwaukee, resistance to county management of a rebalanced mental healthcare system may run high. According to Beckert, the county lacks expertise and isn’t a nimble decision maker. “The county could be responsible for the system but they should outsource the management functions,” she said.

Lehrmann agrees, “It’s not what the county does; they definitely should not be running it.”