You are here: Home / Home / Carousel / Favorite of 2015: Slam poetry champs gear up for national competition
Share this... 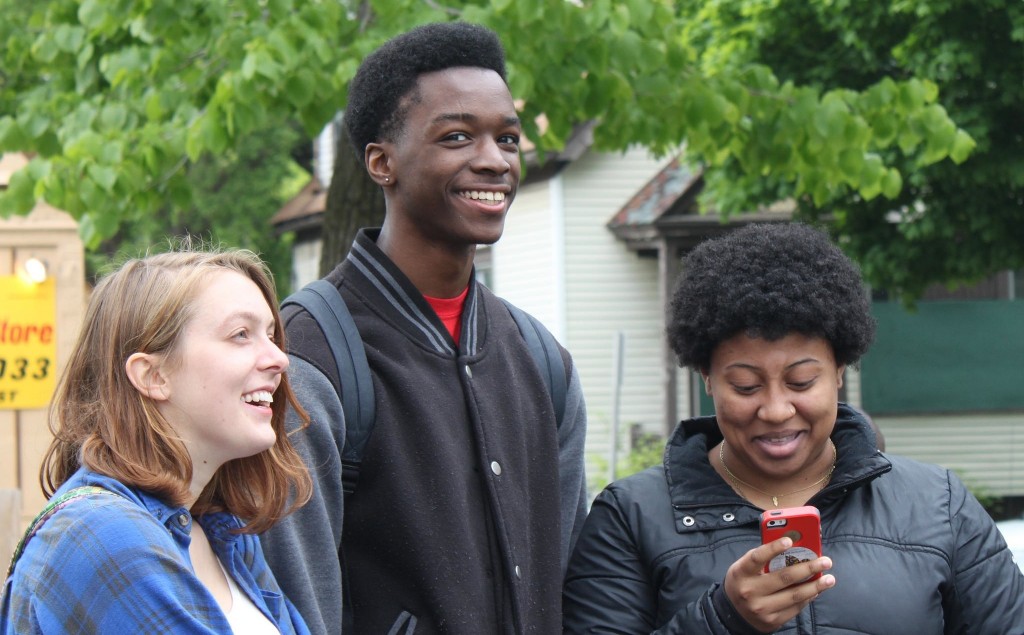 Mikey Murray (right) reads one of her poems on her phone as fellow Wisconsin slam poetry champions Caide Jackson (left) and Jonnie Dixon look on. (Photo by Matthew Wisla)

This is a gritty story. I like it because it’s rooted in truth and optimism.  It tells about a group of teens looking out at the wider world outside of themselves, maybe for the first time, and trying to make sense of things. They rely on poetry to communicate observations, conclusions and feelings about their daily lives and the world around them. I was inspired by the dedication of everyone in the group to be authentic and truthful to themselves and each other. They weren’t settling for the views of teachers or other adults but, instead, worked hard to write about love, loss, joy, racism and misogyny from their own points of view.

To me, it’s an optimistic story. Though most of the young poets are growing up under difficult circumstances, they have the courage to be honest. No one can make the world a better place without first seeing things as they truly are. And what’s more optimistic than seeing the next generation doing just that?