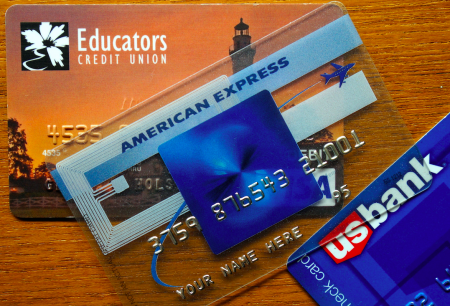 Are you one of the nearly 120 million American consumers using a computer-chip debit or credit card? If you have not received your card yet, odds are you will soon. Smart Card Alliance estimates that nearly 600 million people had the cards by the end of 2015. American companies are adding new processing systems for the cards to comply with new rules that went into place Oct. 15.

Chip cards — also known as smart cards, smart-chip cards and EMV cards — provide better protection against data breaches and fraudulent card use, but they are also generating a lot of questions from consumers.

How are chip cards different?

The small, metallic computer chip embedded on the front of the new card is what makes it different from magnetic stripe cards. Magnetic stripe cards never change or update the data they contain, which made it much easier for someone to repeatedly reuse a stolen card.

Chip cards create a new transaction code each time they are used, so a stolen transaction number cannot be used again. Plus, it is harder for someone to make a fake chip card than a fake magnetic strip card.

How do I use a chip card to make a purchase?

You will be asked to insert the card into a terminal slot and wait for the system to process it, instead of swiping your card. This is known as “card-dipping.” Data will flow between the financial institution that issued the card and the chip to create a one-of-a-kind transaction code. This process takes slightly longer than using the magnetic swipe card, so consumers are advised to be patient.

At this point in the move to chip technology, the vast majority of consumers will receive a card that requires their signature during the transaction. There may be a small number of cards that ask for a PIN, the same process as you use with a checking account debit card. But overall, most cards will require only a signature. If you do receive a card that asks for a PIN, it will be designed to also accept a signature, so you will always be able to complete your purchase.

Finally, do not forget to remove your card at the end of a transaction. Because of the longer processing time, consumers are more likely leave their cards behind in the terminal.

The main goal right now is to make the switch to chip-and-signature cards in the U.S. In the next two or three years, after businesses are fully prepared to process chip cards, consumers will begin to receive cards that need a PIN. Until then, expect that your new chip card will need your signature for a purchase.

The PIN-based cards, when they arrive, will also be able to support “contactless” transactions where you will simply tap the terminal scanner with the card to make your purchase.

If someone does manage to use a counterfeit, stolen or compromised chip card, the cost of the fraud will fall to the merchant if they have not implemented the new card-chip technology.