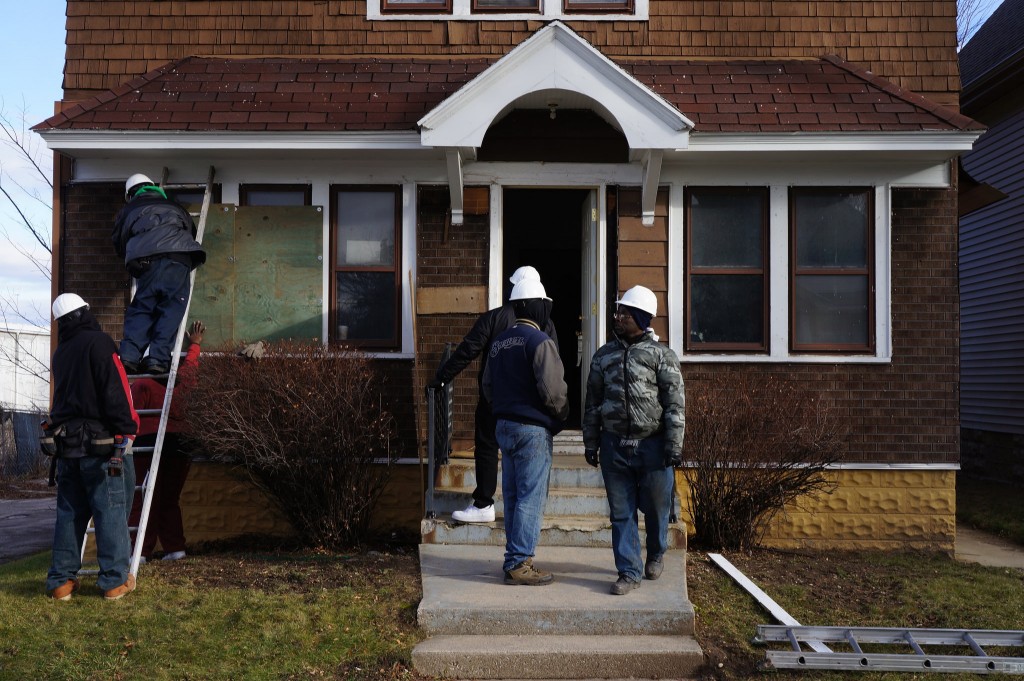 Editor’s note: This article is one of an occasional series profiling the 15 finalists for the Milwaukee Awards for Neighborhood Development Innovation (MANDIs). The Northside Housing Initiative is a finalist for the BMO Harris Cornerstone Award, which recognizes an organization for its commitment and effectiveness over time.

Nikesha Bynum had nothing seven months ago. The mother of three young children had no job, no home and no hope.

But it was then, during her darkest moments, when the trajectory of her life dramatically and instantly changed with a routine visit to the food pantry at Northcott Neighborhood House, where she learned about the Northside Housing Initiative.

“I walked in for the food pantry and walked out with an opportunity to advance my life,” she said.

She quickly signed up for the initiative’s job training program that prepares unemployed Milwaukeeans, like herself, for careers in the construction trades.

“From there, I went forward and I am the leading supervisor now, after seven months,” said the 30-year-old Bynum, wearing safety goggles and a hardhat. “The program means a lot to me. I’ve learned so much.” 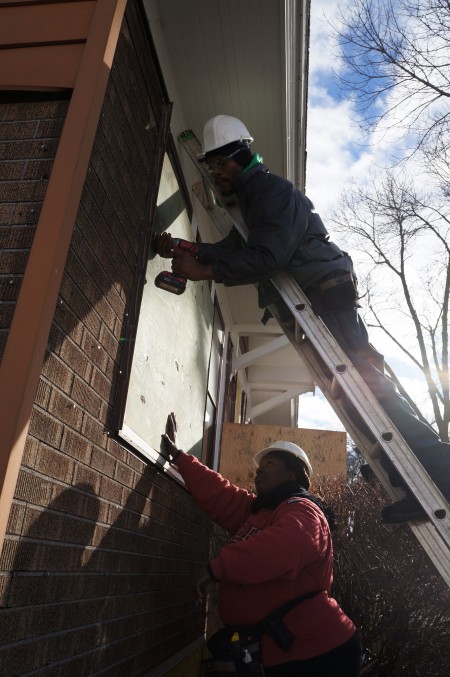 Workers put boards up to protect windows at a house being renovated by the Northside Housing Initiative. (Photo by Adam Carr)

Bynum, who now has a home and has gotten several job offers, is a prime example of the positive impact the Northside Housing Initiative is having on some of the city’s poorest residents and neighborhoods.

In 2007, Milwaukee officials approached Gorman & Company seeking help to deal with the growing number of blighted foreclosed houses on the North Side that the city owned. In response, Gorman & Company partnered with the city, the Wisconsin Housing and Economic Development Authority and several community development organizations to create the Northside Housing Initiative.

During eight phases of the project, the Northside Housing Initiative has purchased 250 vacant lots and blighted homes from the city and has invested $84 million in redeveloping the properties. The effort has resulted in 282 affordable rental homes being put back on the tax rolls in the Metcalfe Park, North Division, Sherman Park, Washington Park and Amani neighborhoods.

The need for the initiative to address blighted housing in the area has been accentuated during the last several years by the $40 million Century City project, an 86-acre business park in the 30th Street Corridor, according to Matkom.

“The neighborhood around there is really in need of an upgrade so that employers and employees feel safe and welcomed,” Matkom said.

The Northside Housing Initiative is filling a gap in the redevelopment efforts in the area, according to Willie Smith, housing director at Northwest Side Community Development Corporation, which partners with the initiative on several other community development fronts.

“Looking at the properties in a number of these areas, we just could not afford putting the kind of investment into them that was needed,” Smith noted.

Smith said he is able to leverage the work that is being done by the Northside Housing Initiative when he tries to sell a property in the area.

“If there is a house that is near us that we can’t afford to rehab, they can acquire that property and make it a rental house, thereby having us not have this eyesore next to a property that we are trying to sell,” he said.

All tenants who live in a home owned by the Northside Housing Initiative will have the option to purchase their property after 15 years for the remaining debt amount, which is expected to be about $30,000.

“We are looking for homeownership,” Matkom said. “There’s such a perception of crime here and that this is a war zone. Perception is everything and we are trying to switch that around.”

The initiative is also trying to address the considerable unemployment on the North Side of Milwaukee, where more than one-fifth of residents do not have a job. More than 200 individuals, like Bynum, who were unemployed or recently released from prison, completed a soft skills program and then were trained in construction trades such as carpentry, plumbing, electrical and HVAC, before working on renovating and building sites.

“We are going one step further with the workforce initiative,” Matkom said. “We are trying to put these able-bodied people back to work (in) the construction trades and reform the North Side of Milwaukee.”

Gorman created and implemented the initiative through partnerships with several workforce development programs including the Milwaukee Workforce Investment Board, Northcott Neighborhood House and Big Step, a pre-apprenticeship tutoring program.

About 840 people are on the waiting list to join the program, proving that people want to work, Matkom said.

“It shows that as long as you do as you are supposed to do … you can progress. I went from nothing to something,” Bynum said. “My future is definitely bright now.”