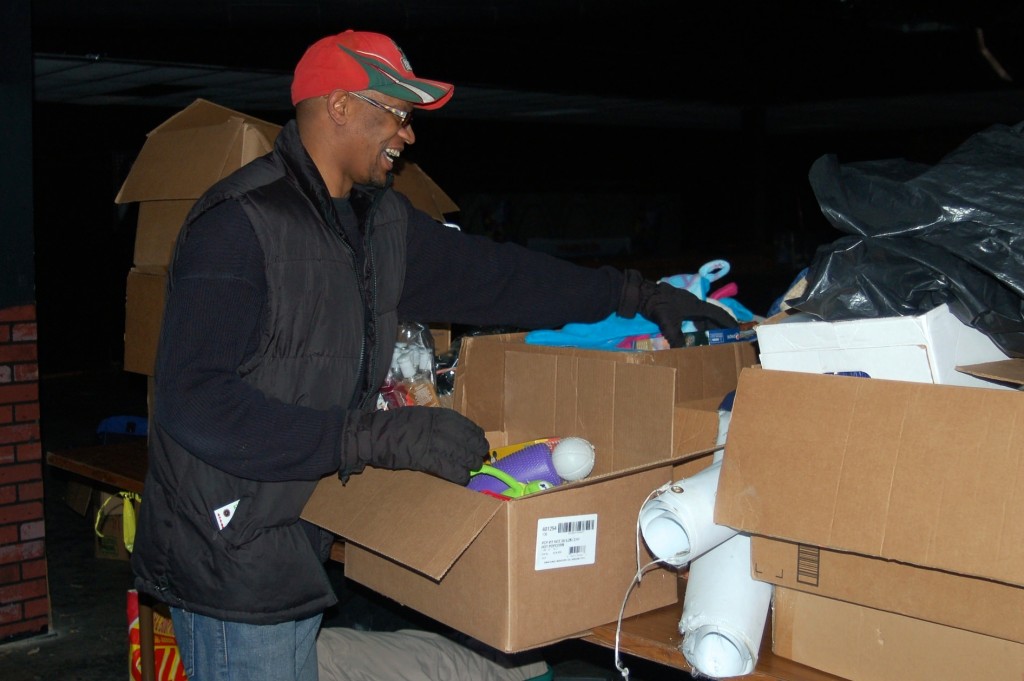 Marcus Duke, executive director of Club Kids 414, an organization geared toward keeping youth off the streets and out of jail, is working frantically to rehabilitate a North Avenue building he hopes will finally give the group a permanent home.

Without a safe and positive place in the neighborhood to visit each day, he said, more and more kids from the neighborhood will turn to the streets and eventually lose their lives or end up in prison.

During his teens, Duke started a gang and sold drugs before a life change more than 20 years ago helped him find his true calling. “I’ve dedicated my life to helping kids,” he said.

For two decades now he’s been hosting events such as talent shows, gift giveaways and other celebrations at public spaces including McGovern Park, the Urban Ecology Center’s Washington Park branch and local churches. 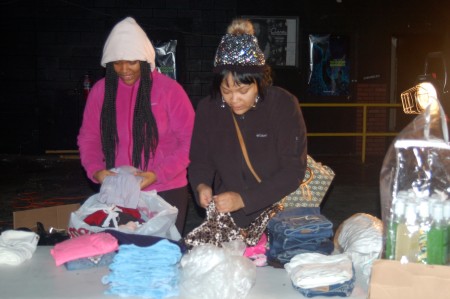 Duke noted that — like the Milwaukee Bucks basketball team — the group needs a permanent home to become sustainable and serve more kids.

“If we can get this community center and theatre up and running I’m thinking we can serve more than 100 kids a day here,” he said.

Duke is seeking donations and looking for volunteers to help rehabilitate the building he’s leased at 2342 W. North Ave. The brick building, which previously housed the teen nightclub Amistad, is in need of HVAC, roofing, floor work and paint.

“These kids need somewhere positive to go before they turn to the streets,” he said.

Just days ago Club Kids hosted a cleanup event and fundraiser to help remove some of the clutter from the building and raise awareness in the community about the effort to open the club.

Among the volunteers were Valencia Halloway and her daughter Lamiya Tuggles, who learned about the event online.

“It’s so needed to have places for teens and kids to go. Places like this help them stay safe and gain skills that will help them succeed in school and beyond,” said Halloway, as she folded clothes for a rummage sale.

Tony Currin, a local R & B singer, met Duke seven years ago during a Club Kids talent show at McGovern Park. Since then, he’s been a loyal volunteer.

“When I [saw] how many kids he was keeping safe and out of danger, I decided to follow him,” Currin said.

Currin envisions the building on North Avenue as a space where teens can show off their talents while also receiving tutoring and mentoring.

“It can be something really positive for the kids in Milwaukee, especially the kids in the hood who really don’t have a positive place to show their talent and do other things outside of selling drugs, stealing cars and gangbanging,” Currin said.

It takes a village to improve the lives of youth in Milwaukee, said Terrance Davis, visitor services specialist at the UEC Washington Park branch. Davis has worked for years with Duke, helping him plan several Club Kids events at UEC, the most recent being “Christmas in the Hood,” a gift giveaway and holiday celebration.

Davis said having a permanent center for Club Kids would provide an awesome alternative for the kids who also frequent the center.

“There can never be too many places for kids to hang out and feel safe,” Davis said.

In its current state, the building is still a ways from being ready to open as a community center and theatre, Duke admitted. Until then, he said, he’ll keep reaching out and praying.

“I can’t give up; there’s gotta be a way to make this happen for the kids in this neighborhood,” Duke said.