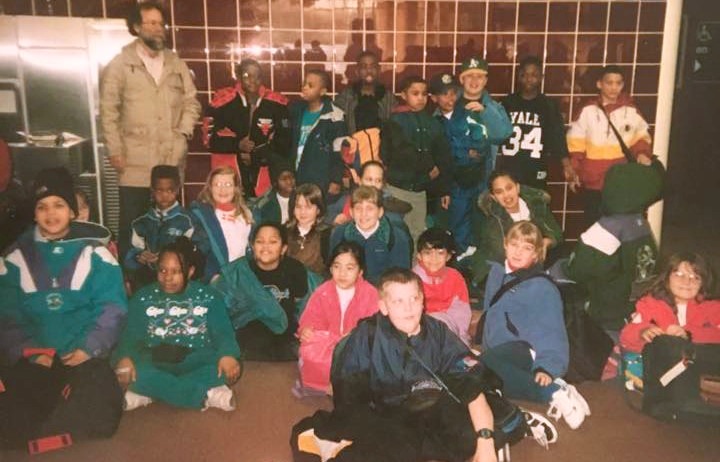 The world was a much different, much less scary place in March 1995, recalls Joshua Harwell, who at the time was among a group of excited fourth-grade students preparing to travel across the Atlantic Ocean to Copenhagen, Denmark.

He was a student in Golda Meir’s Room 23, the class that has taken a school-sponsored trip to the birthplace of LEGO for 21 uninterrupted years.

“I think our biggest fear back then was thinking about how are we going to get over the fact that we miss our parents,” Harwell said.

But times have changed, and the group’s annual pilgrimage to Denmark has been in jeopardy since December, when the Milwaukee Public School (MPS) district cancelled all foreign travel following the U.S. State Department’s issuance of a travel alert after the terror attacks in Paris.

In addition to Denmark, trips to France, Italy, Canada and the United Kingdom were also cancelled, according to Tony Tagliavia, spokesperson for MPS.

“Our decision regarding overseas travel was made with the interest of students’ safety foremost in mind,” Tagliavia wrote in a statement to NNS. Tagliavia said the decision did not reflect a policy change for the district but rather was a result of recent overseas events. 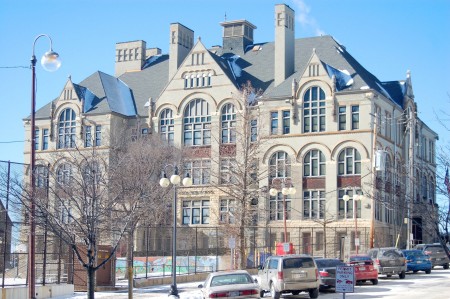 The district’s decision did not sit well with many Golda Meir parents, who decided that the trip must go on. They’ve begun raising funds to send students, adult chaperones and a Golda Meir teacher to Copenhagen in April. According to the parents, students spent months preparing for the trip by learning Danish language and literature, the metric system and other intricacies of a country with a populace smaller than that of New York City.

Golda Meir students already had raised thousands of dollars for the trip through candy sales and other fundraisers. However, the parent group does not have access to that money, which had been deposited with MPS.

The two-week trip also would provide students the opportunity to live with host families, visit historical sites and museums, attend a neighborhood school and spend a few days in Amsterdam, among other activities.

Missing out on those experiences would be unfair, said Ricky Francis, whose daughter Ariyana Gilliam-Francis, was slated to go on the trip. He described the district’s decision to cancel the trips as “horrible.”

“You’re reinforcing fear,” said Francis. “This might be the only chance for some of these kids to see the world.”

Aside from the opportunity to travel, Francis doesn’t want his daughter to miss out on the cultural learning experience. “Having an open mind and learning to be accepting of other cultures sets these kids up for success in the future,” he added.

On Friday, Feb. 19, Francis and other parents will be hosting a fundraiser at Discovery World, where they’ll auction off items including Bucks and Brewers tickets. Joining them in their efforts to raise funds for the trip, which will cost about $1,800 per person, is an unexpected group of allies: students from Room 23’s inaugural trip to Denmark.

Among them is Harwell, who started the Facebook group, “Get Room 23 to Denmark,” where alumni and parents share memories, discuss fundraising ideas and even post photos from the 1995 trip. They’ve also created a GoFundMe page, which has raised $795 towards a goal of $12,000. The trip is not sponsored by Golda Meir School, according to Tagliavia.

Lakeisha Bradford, creator of the GoFundMe page and a member of the original group, said she became involved because she knows first hand how the trip can help shape a young student’s life. She described it as her main childhood memory.

“On that trip I learned that even though people speak a different language and have a different culture, we are still the same,” Bradford said. “That’s big for a 9-year-old.”

Having alumni such as Bradford lend their support speaks volumes about the trip’s importance and potential impact, said Francis. “These are the types of thoughtful and caring adults we want our kids to grow up to be,” he added.

If fundraising is successful, Francis’s daughter, Ariyana, like Bradford, will be 9 when she embarks on her first international trip. She admits to having mixed feelings about it but said she believes that Denmark is a safer place to be than Milwaukee. Her main concern, like Harwell’s 21 years ago, is that she’ll miss her family.

As for the country she plans to visit, she said, “Denmark is a fascinating country with a happy rating of 9,000 in my book!”

Editor’s note: An earlier version of this story stated that money raised for the trip through candy sales and other fundraisers had already been deposited with a travel company and was not refunded. That is incorrect: no money had been given to the travel company. NNS apologizes for the error.