You are here: Home / Home / Carousel / Maskani Place stabilizes lives, helps homeless families get back on their feet
Share this... 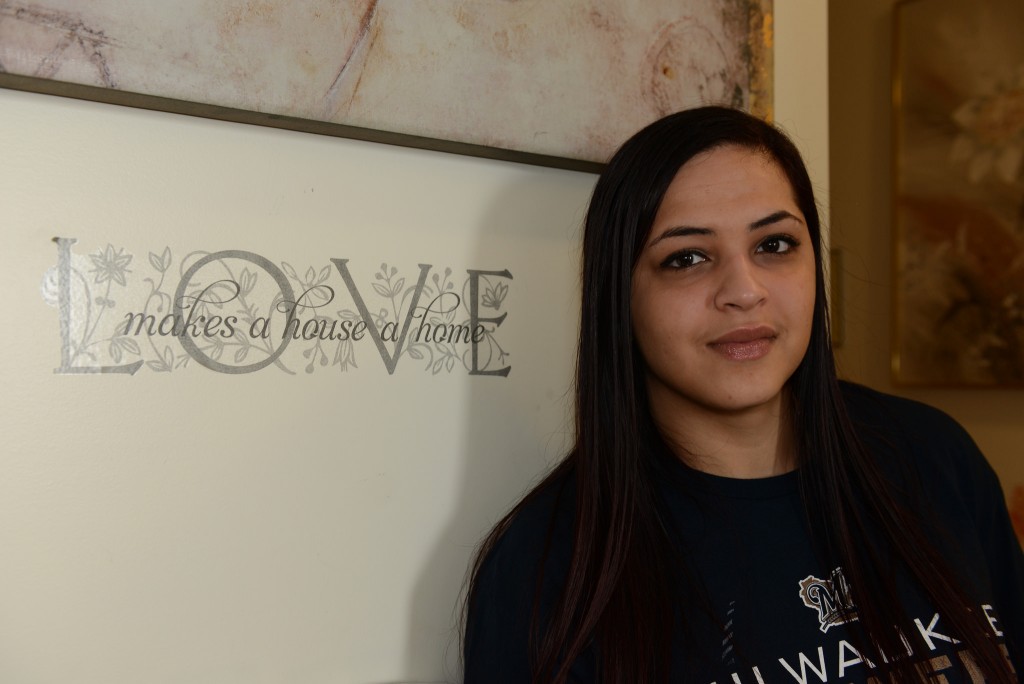 Editor’s note: This article is one of an occasional series profiling the 15 finalists for the Milwaukee Awards for Neighborhood Development Innovation (MANDIs). Maskani Place is a finalist for the State Farm Building Blocks Award, which recognizes a real estate project that advances the community.

Life for Michelle Guzman was looking up three years ago. The 29-year-old was working as a customer service representative and had a home on the city’s South Side where she was raising her son.

But it all fell apart when she lost her job at the call center and then her home, forcing her to live in a homeless shelter for five months. Then she was told about Maskani Place, a building located in the Harambee neighborhood that opened its doors in 2014 to homeless families and families on the verge of becoming homeless.

Guzman and her son now rent one of the 37 units in Maskani Place. “I just wanted to have a roof over my and my son’s head,” she said. Maskani Place “has been a blessing. I’m grateful. It has helped in so many different ways. I don’t have to wonder where I am going to be sleeping.” 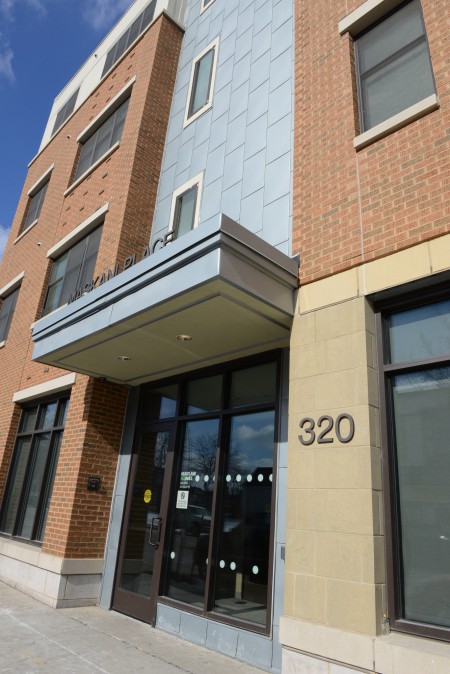 The facade of Maskani Place, a 37-unit building in the Harambee neighborhood. (Photo by Sue Vliet)

The mission of Maskani Place is to create housing stability in the lives of tenants, according to Michael Goldberg, executive director of Heartland Alliance Housing, the organization that spearheaded the project.

“That is really the heart of it. We are helping families that have really been struggling with housing stability and the impact on those families is great,” Goldberg said.

One of the key long-term outcomes that Heartland Housing hopes the project will achieve is reducing the number of times children have to move which, according to several studies, has an adverse effect on their academic careers.

“These studies are showing that for every move, kids are falling behind their peers by months,” Goldberg said. “If their housing is not threatened, then it really gives the child a platform to excel in school.”

Maskani Place was a blighted city-owned building before the project. Most of the project’s $9.6 million cost was funded through a U.S. Department of Housing and Urban Development low-income housing tax credit. The City of Milwaukee Housing Trust Fund also chipped in more than $200,000 and another $250,000 came from the Federal Home Loan Bank’s Affordable Housing Program.

Community Advocates provides on-site services such as employment training, in addition to helping tenants find child care and develop financial literacy. Tenants also have been able to sign up for the Affordable Care Act within the apartment complex.

“Having a case manager at Maskani Place, we are actually able to go into the home and get to know the child and get to know the mom and really dig deep into what the core issues are so we can resolve them so they are not coming up again,” said Maudwella Kirkendoll, COO at Community Advocates and director of the organization’s basic needs division. “It really allows for a comprehensive, in-depth look at the family.”

The organization also provides training to tenants to help them understand their rights and responsibilities as renters.

“It’s critical for individuals who lived in shelters for a year or two to be able to reintegrate them back into stable, permanent housing,” Kirkendoll said. “If they decide to stay at Maskani, then they need to understand their responsibilities there as well.”

Social services are also available to tenants who are dealing with substance abuse, an abusive relationship or mental health issues. Maskani Place tenants have access to a computer lab, multi-purpose community room, a wellness room, an outdoor play area for children and raised garden beds — all in the name of creating a sense of community both within Maskani Place and the surrounding neighborhood.

“One of the goals is economic self-sufficiency. We are giving people the tools and time that they need to become much more engaged in the community,” Goldberg said. “They are giving back more to community than they would if they were living in emergency homeless shelters or in someone’s basement.”

For Guzman, a safe, stable place to live has allowed her to focus on obtaining her GED, which she expects to earn in May. She hopes to eventually enroll in college to study criminal justice or social work.

Maskani Place “changed my life around. But it’s just a start as this is not where I will be living the rest of my life,” she said. “I’ll be moving out eventually and let someone else move in.”