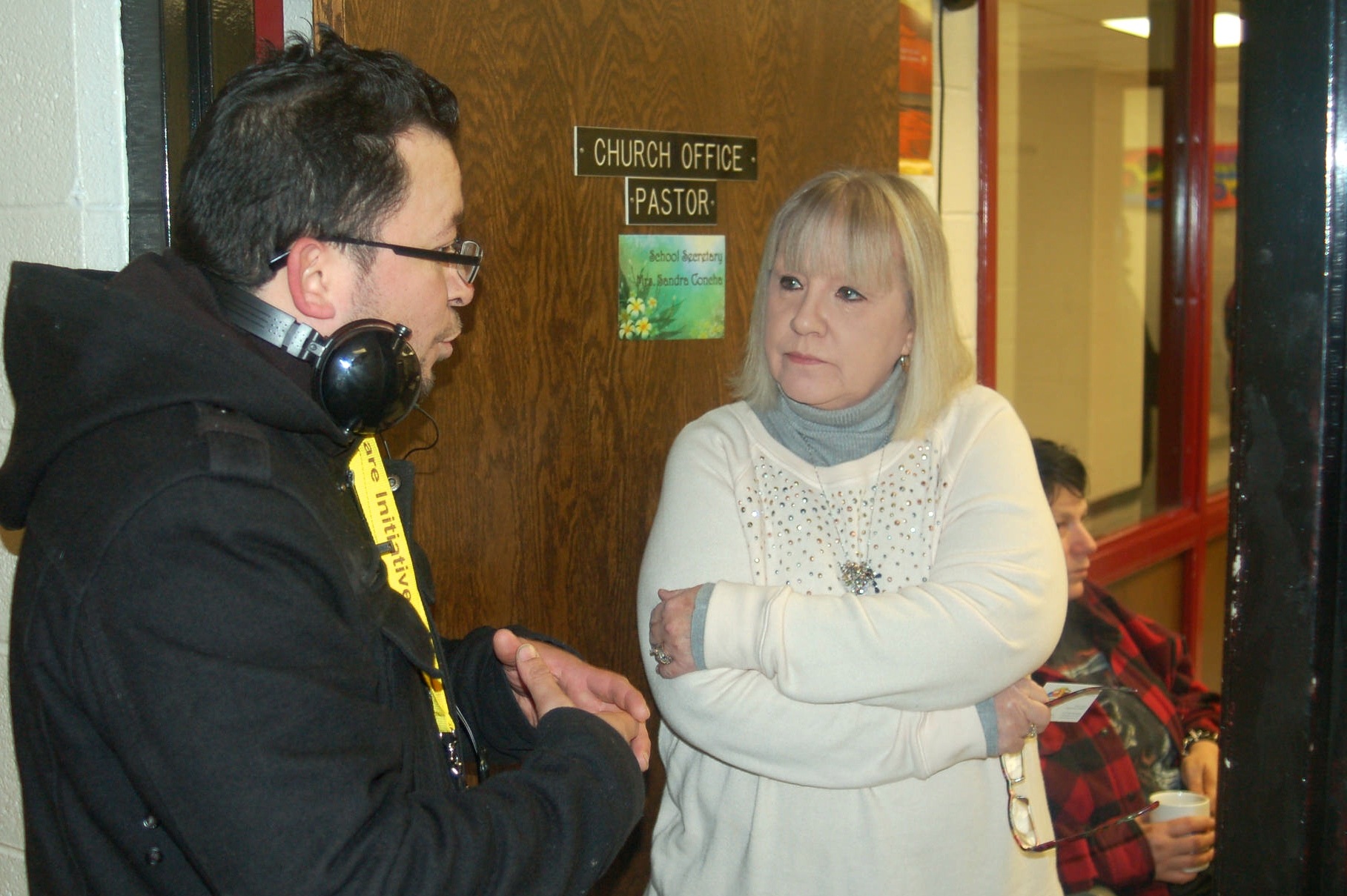 It was Nov. 6, 1999, recalls Jose Vasquez, when six bullets, shot from point-blank range by a rival gang member, tore holes through various limbs of his body.

“At the time I knew that something like that could happen to me but I didn’t care. It was just another scar,” said Vasquez, now a street outreach worker for the Clarke Square Neighborhood Initiative (CSNI).

He recently revisited the scene of the 1999 shooting for the first time in years, knocking on the door of the house where he nearly lost his life. Much to Vasquez’s surprise, the homeowner remembered the day he was shot. He apologized for his role in the shooting and proceeded to invite the homeowner to get involved in the effort to improve Clarke Square.

“I asked him to stand up and take back part of his neighborhood,” Vasquez said.

Vasquez is part of CSNI’s effort to create a multi-disciplinary team that includes residents, faith and business leaders, nonprofits, law enforcement and others to work together to improve the quality of life in the neighborhood.

Like many other neighborhoods in the city, Clarke Square saw its share of violence during a bloody 2015, said Ian Bautista, executive director of CSNI.

“It was a tough year for Milwaukee and Clarke Square was not immune to that at all,” said Bautista. 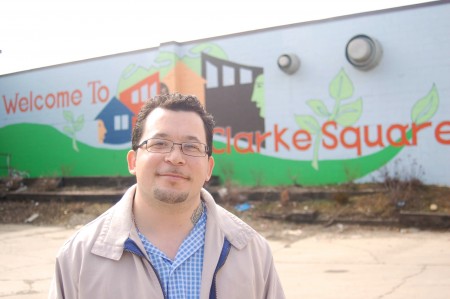 Key aspects of Vasquez’s role include being very visible and listening to residents to gather their ideas, according to Bautista. Vasquez is particularly interested in one tough-to-reach group: at-risk youth who are dealing with the same types of adversity he faced as a teenager, Bautista said.

“They’re the ones out there dealing with rejection, hunger, not having clothes to wear and even fear,” Vasquez added.

Vasquez said he grew up without a father in a home with a verbally abusive mother. He viewed the street gang he joined as the family he lacked at home.

Now 33 years old and having spent a third of his life behind bars, he hopes to help teenagers avoid prison or even death by providing a sympathetic ear, and by letting them know that there are resources available to help them change their life.

“The reality is, they need love, compassion and a nudge in the right direction,” he said.

Vasquez has signed up five youth for job training through the Milwaukee Area Workforce Investment Board. Connecting youth with jobs is one aspect of CSNI’s work.

Another is to help bridge the trust gap between youth and law enforcement.

“There’s a lot of resistance because of the negative image portrayed from both sides,” he said.

Vasquez wants youth he meets on street corners to realize that there are a lot of good police officers, and he wants law enforcement to understand that young people are just trying to have a voice in the community. One way he’s attempting to build trust between the groups is by asking officers who patrol Clarke Square to join him on his outreach walks, without a uniform.

“I want them to see each other as regular people,” Vasquez said.

Raymond Rivera, youth development specialist at United Community Center, hired Vasquez three years ago to participate in Life Changers, a mentoring program that promotes anti-drug and anti-violence strategies to youth and young adults. He’s also a facilitator for “Straight UP,” an after-school program at South Division High School that teaches youth life skills and leadership. When Vasquez speaks to youth, said Rivera, they don’t take their eyes off him.

“It’s because he’s humble and sincere. His story resonates with kids that are living in dysfunction,” said Rivera.

Along with his ability to connect with youth, Vasquez is a great person to lead outreach efforts in Clarke Square because he is articulate and listens to other’s concerns, Rivera said.

Vasquez carries around a notebook during street outreach. In it, he writes down the locations of garages with fresh graffiti and addresses of foreclosed buildings that are attracting squatters, along with ideas or concerns from residents. During CSNI meetings, he pulls out his notebook and shares what he’s learned from the community, Bautista said.

A recent concern brought to light by residents, according to Vasquez, was a large group of youth congregating on an open lot on the 1700 block of West Mineral Street. Vasquez asked the young people why they hung out on the lot and what they would like to see replace it. Suggestions included a basketball court or an area for flag football. Their ideas were submitted to the City of Milwaukee’s Vacant Lot Challenge, which awards a grant of up to $10,000 to fund projects that connect public spaces and the community.

The submission was another way to show all residents, including youth congregating on street corners, that their involvement is crucial to the betterment of the neighborhood, said Vasquez.

“We need to find ways to help the youth become involved with their communities in positive ways; [to] draw them away from the street life.”