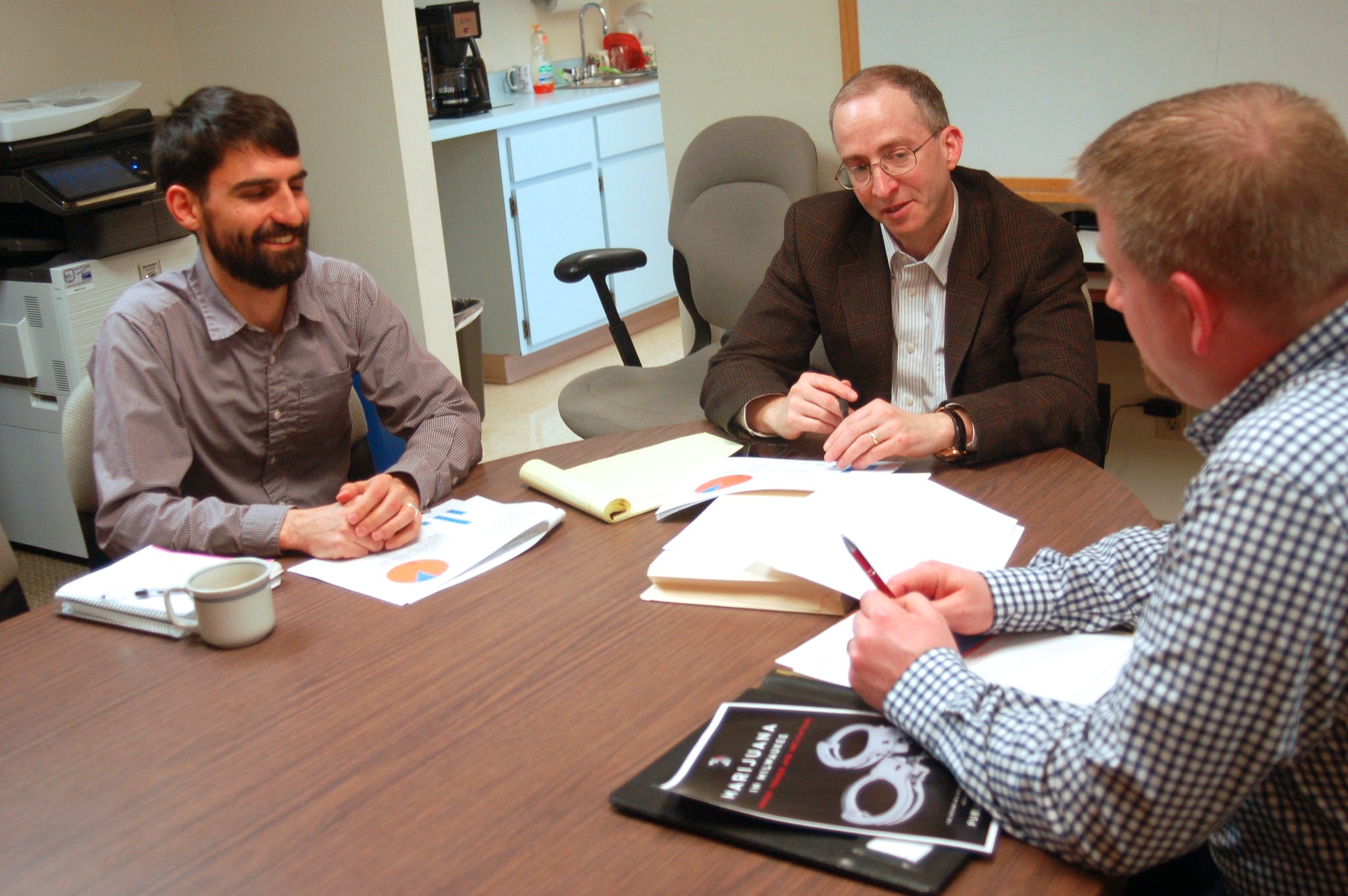 Small-scale marijuana possession arrests in Milwaukee are decreasing, but racial and socio-economic disparities still exist in the enforcement of marijuana laws, according to a recently released report by the Public Policy Forum (PPF).

“This generally supports the Milwaukee Police Department’s contention that a majority of marijuana arrests occur where police presence is higher,” said Rob Henken, president of the Public Policy Forum. 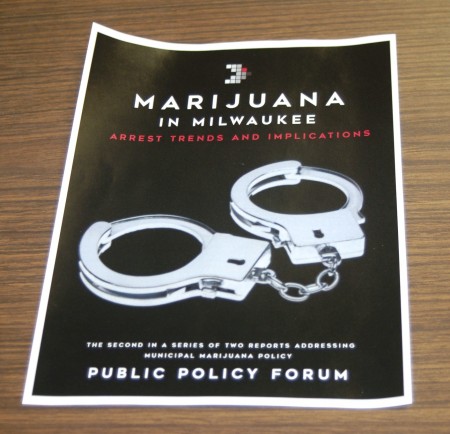 The Public Policy Forum report is the second of two examining marijuana policy implications in Milwaukee. (Photo by Edgar Mendez)

The disparity in arrests was also highlighted in a prior PPF study that examined local, state and national marijuana laws and policies. Both reports also looked at the cost to the Milwaukee Police Department (MPD) of enforcing marijuana laws. According to Henken, MPD spent $166,000 enforcing municipal small-scale marijuana arrests in 2015, compared to $415,000 in 2012.

That number is the result of a significant reduction in the number of arrests for possession of small amounts of marijuana, from 1,308 in 2012 to 613 last year, the research found. The drop in the number of arrests could be partially attributed to a change in MPD policy, which de-prioritized enforcement of marijuana possession laws unless they involve another crime, the report stated.

Also, a decision by the Common Council in 2015 to change local marijuana possession laws could lead to further decreases in marijuana arrests. The ordinance reduced the maximum fine for possession of less than 25 grams of marijuana from $500 to $50 and gave the District Attorney the discretion not to prosecute second and subsequent violations as state charges. A first state charge is prosecuted as a misdemeanor and second and subsequent charges as felonies.

“This is particularly relevant given that reducing the frequency of these types of charges was a primary goal of city officials when they decided to modify municipal ordinances last spring,” Henken said.

Despite the drop in overall arrests, the fact that the majority of them occur in predominantly African-American and low-income parts of the city is a cause for concern from the perspective of both social justice and police-community relations, the report noted.

Among those concerned is Molly Collins, associate director of the ACLU of Wisconsin, which has been working to decriminalize marijuana.

“Although the number of citations is decreasing, we continue to be very concerned about the fact that the disparities in who is getting cited [are] staggering,” Collins said.

The MPD did not immediately respond to an NNS request for comment.