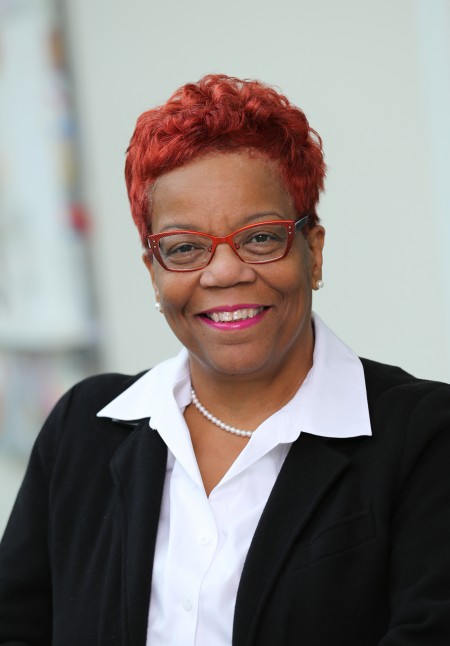 Danae Davis has been selected to receive the 2016 Robert H. Friebert Social Justice Award. The award was established in 2014 by the Jewish Community Relations Council of the Milwaukee Jewish Federation, and attorney James H. Hall received the inaugural award.

Davis has devoted her professional life to helping the most vulnerable. Currently executive director of Milwaukee Succeeds, Davis was formerly CEO of Pearls for Teen Girls, a Milwaukee based nonprofit organization that uses a nationally recognized model for girl empowerment and leadership development for adolescent girls ages 10-19. She has also served as Diversity Affairs Director at Miller Brewing Company and Director of Diversity Management and Work/Life Programs of Kraft Foods. She has worked on labor and human resources at the city, state, and federal levels.

“Danae is a tireless advocate for social and economic justice, leaving fingerprints wherever she works. JCRC is so pleased to highlight her work as part of Bob Friebert’s legacy,” said JCRC Chair Michael Pollack.

“Danae’s broad and energetic approach to social justice brilliantly reflects the spirit of this award,” said Brian Schupper, chair of the award committee and Friebert’s son-in-law. “She is a true community leader.”

Davis will receive the award at the JCRC’s Annual Meeting on Thursday, June 9. Click here for more information and to register for the event.

Robert H. Friebert (1938-2013) dedicated himself to the pursuit of social justice and the Jewish value of tikkun olam (repairing the world). A graduate of the University of Wisconsin Law School, Friebert was a founding partner of the law firm Friebert, Finerty and St. John S.C.

He argued four cases in the United States Supreme Court and served as the first public defender for the State of Wisconsin from 1966-1968. Friebert was also extremely active in local, state and national Democratic politics in his pursuit of social justice. In addition to his legal and political work, Friebert held significant leadership roles in numerous organizations, boards and commissions. For more on Friebert and the award, click here.