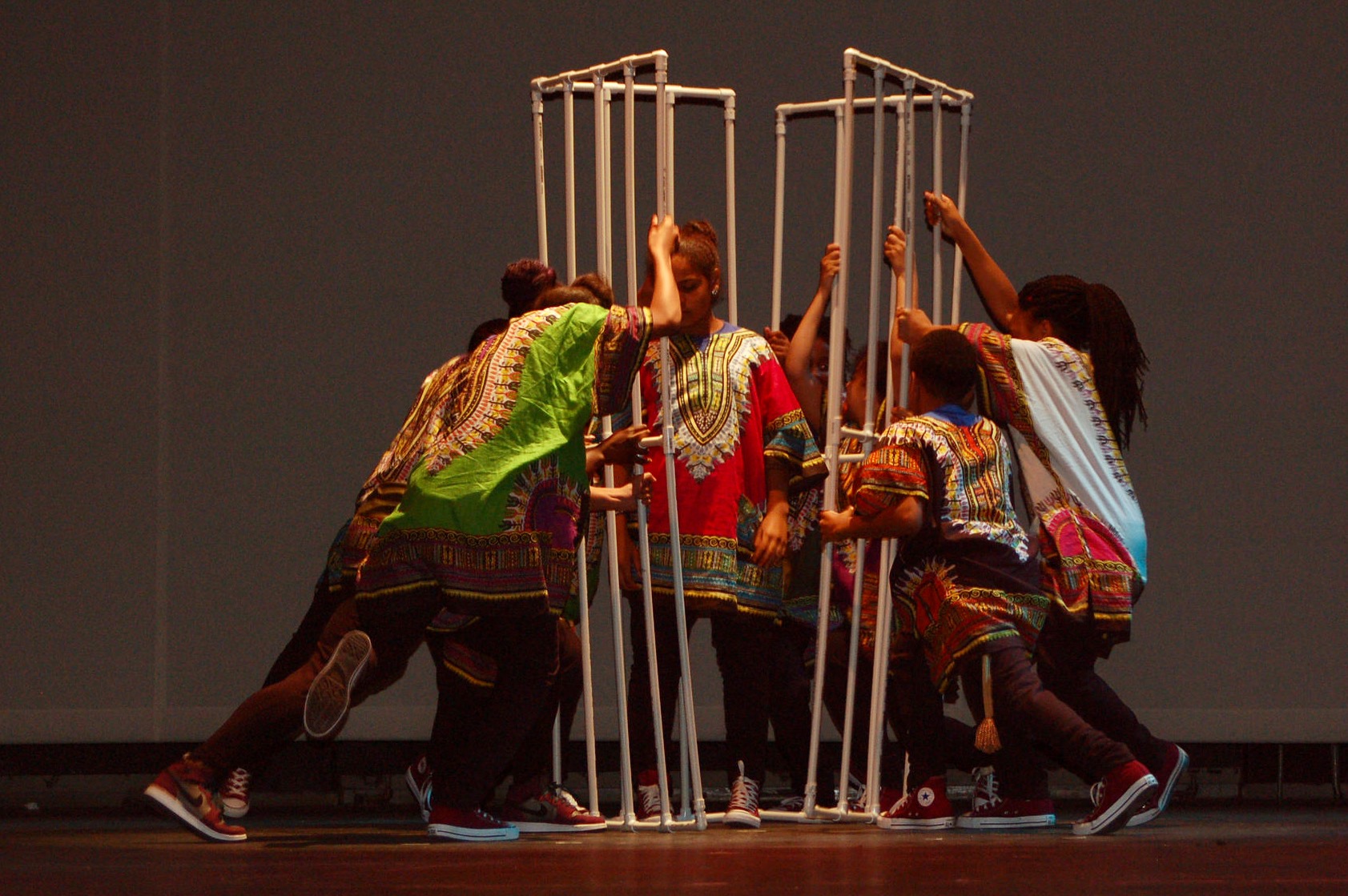 The “Can you hear us now?” talent show featured dance, songs and poetry that embraced change, the show’s theme. (Photo By Rebecca Carballo)

For the first time this year, local police officers took to the stage in the annual Boys and Girls Clubs of Greater Milwaukee talent show, “Can you hear us now?” to promote a safe summer.

The performance was held at Milwaukee High School of the Arts. The show, which included song, dance and poetry, was created in response to increasing violence and murder rates in Milwaukee.

Noting that “it takes a village to raise a child,” La’Ketta Caldwell, senior program manager for Boys & Girls Clubs, said the adults’ role in the show is important to promoting a safe summer.

“We want leaders and adults to recognize the village’s impact,” Caldwell said.

The production was inspired by Michael Jackson’s song “Man in the Mirror.” Caldwell said the lyric “if you want to make the world a better place, take a look at yourself and make the change” embodies the organization’s message.

Some of the songs and poems in the show were encouraging. Others told stories of overcoming adversity. 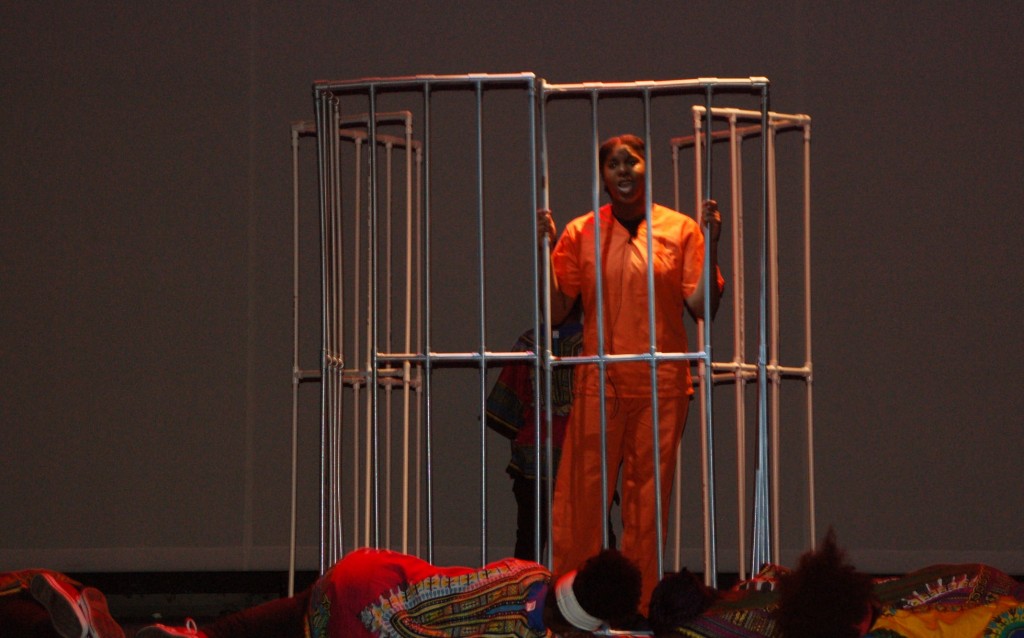 Amaya Cheatham, 18, performs at the “Can you hear us now?” talent show. (Photo By Rebecca Carballo)

“I tried my hardest not to be that angry black girl,” Robin Robinson, 15, a student at Rufus King High School, said in her poem, about her frustration with stereotypes and misrepresentations of the black community.

Despite her frustration, Robinson’s poem ended on a hopeful note. She eventually came to the conclusion: “We will bring change.” Cheers erupted from the audience.

Ahmaya Cheatham, 18, performer and student at University of Wisconsin Whitewater, read a poem about one of the talent show’s director’s experience with incarceration. Cheatham described performing the poem as “exhilarating.”

Cheatham said she enjoys performing in the “Can you hear us now?” show and appreciates the message. For her, community outreach is part of “being the change.”

“What you do depends on how much you care about it,” Cheatham said. “When I was told about this program it opened my eyes to what I could be doing to help out.”

The show, which took a year to prepare, started with a music video produced by H20 Milwaukee Music, in which Boys & Girls Clubs members promoted peace and rapped their pledge to stay away from violence.

Caldwell said she and her colleagues enjoy working with the performers. “We love working with young people. We love pushing them,” Caldwell said. “One thing we love about it is when we expose them to an art form and they go all into it and really share in there.”

The show ended with the performers singing and dancing to “Man in the Mirror.” Officer Jasmine Moody of the Milwaukee Police Department’s Office of Community Outreach and Education participated in the number, along with three other officers.

Don Pannell, a retired firefighter and paramedic who has volunteered with the Boys & Girls Clubs, said it is good for young people to interact with police. “Children need to see them in capacity as not someone to fear in the streets, but to see them as human beings who care about them.”

After the performance, Boys & Girls Clubs leaders told the audience that they were optimistic about the summer.

“Change will come in the city of Milwaukee,” Caldwell said. “We will have a safe summer.”