You are here: Home / Community Voices / Open letter to Mayor Barrett
Share this... 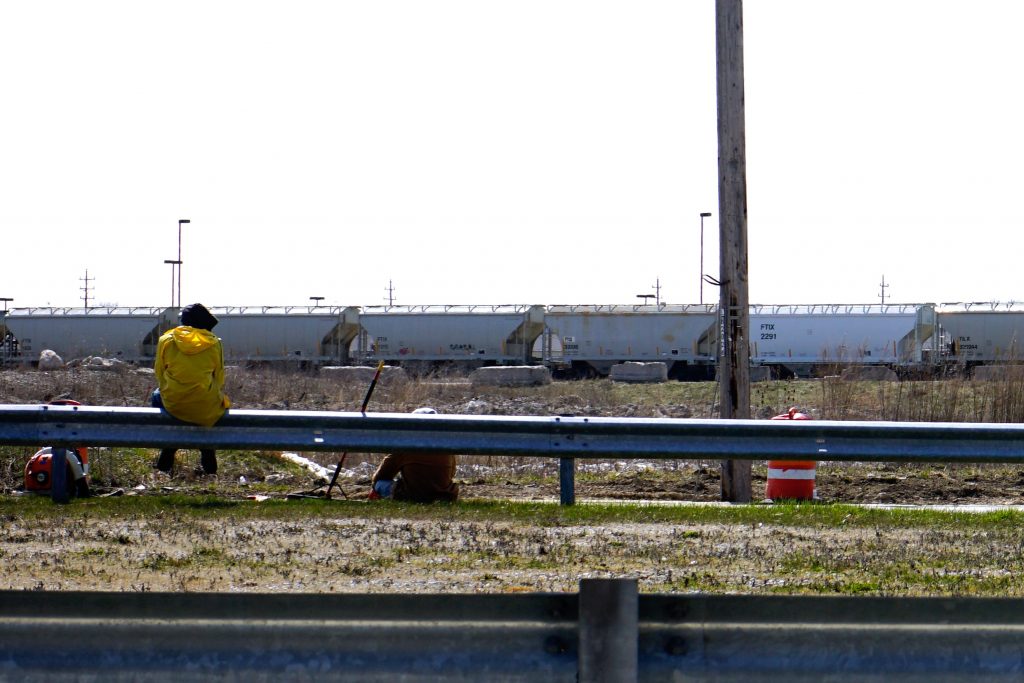 A man looks over the former site of A.O Smith and Tower Automotive. (Photo by Adam Carr)

Roy Evans, an attorney in private practice and an advocate on issues related to the rights and responsibilities of the African-American community, calls for an end to systemic racism and benign neglect in an open letter to Mayor Tom Barrett. Evans has been a resident of Sherman Park for more than 35 years.

Regarding your opinion piece published in the Milwaukee Journal Sentinel: How can we as a community focus on the future without examining the lingering past and current conditions that created and continue to maintain our city’s status as the worst city in America for African-Americans to live?

This includes the long history of discrimination, disrespect and abusive behavior towards the African-American community by the Milwaukee Police Department. Lingering poverty, high unemployment, crime, hyper-segregation, over-incarceration, low educational achievement, outrageous economic disparities and lack of opportunity are not unique individual issues, but are a culmination of long-term neglect and indifference towards Milwaukee’s African-American community.

These disparities are rooted in a history of well intentioned but misguided socio-political policies that were put in place by those who are responsible for administering fairness and justice for all of the citizens of Milwaukee. If things were fair we would not lead the nation in a multitude of negative statistical outcomes that plague the African-American community.

Without systemic changes, your hope of “years from now the memories of the summer of 2016 should not be ashes and anger” will ring hollow in the ears of a future generation who will inherit the frustrations and hopelessness that continue to control not only black lives but all of our lives. It is wishful thinking to believe that things will get better if things remain the same. Coming together is a useless exercise if substantive change does not occur. There is a message to be heard in our cry of “Black Lives Matter.”

You have been a good mayor and have a strong friendship with the African-American community, but you still remain somewhat disconnected from the realities of the pain and suffering that we endure on a daily basis.  How can we “come together as a united and strong Milwaukee” when systemic racism and benign neglect continue to be the norm?

Where does this unity and change come from? Programs alone won’t do it. Proclamations won’t do it. Press conferences scolding the black community for living in poverty while praising the police won’t do it. Pastors praying for peace won’t do it. So how does this community come together and get it done? It’s not your fault that Republicans treat Milwaukee with disdain and political ill will, and do everything in their power to deliberately hurt our community economically, using racism and bigotry as an excuse for driving their punitive policies. But, Milwaukee is your city. You are the mayor and the leader of the parade. You have to become a more effective drum major for justice. Everywhere adjacent to the defined African- America neighborhoods there is prosperity and business is thriving. The contrast is stark and ominous. Why is this? We need a more fair and equitable distribution of resources in order to uplift the African-American community and as a reflection of Milwaukee’s commitment to the entire community and not just downtown and points east.

You are the mayor and the leader of the Milwaukee community’s hopes and aspirations for a future you claim to want and desire. You have the power to overcome the fear of change and effect change with the power of your vision and direction. It takes guts, political courage and a commitment beyond political correctness to stand up to those who view Milwaukee and the African-American community as a marginalized lost cause not worth saving. (I’ve been around long enough to know that this view exists.)

When the African American community is hurting, of course it speaks from a position of frustration and anger. What do you expect and why should anybody be surprised? A city that ignores and neglects part of itself is not a city that can thrive or claim to be a great city on a Great Lake. You ask, “What will take away our memories of the summer of 2016 and make Milwaukee a united and stronger city?” Good question.