You are here: Home / Home / Carousel / Teens hear message of forgiveness from Israeli and Palestinian parents
Share this... 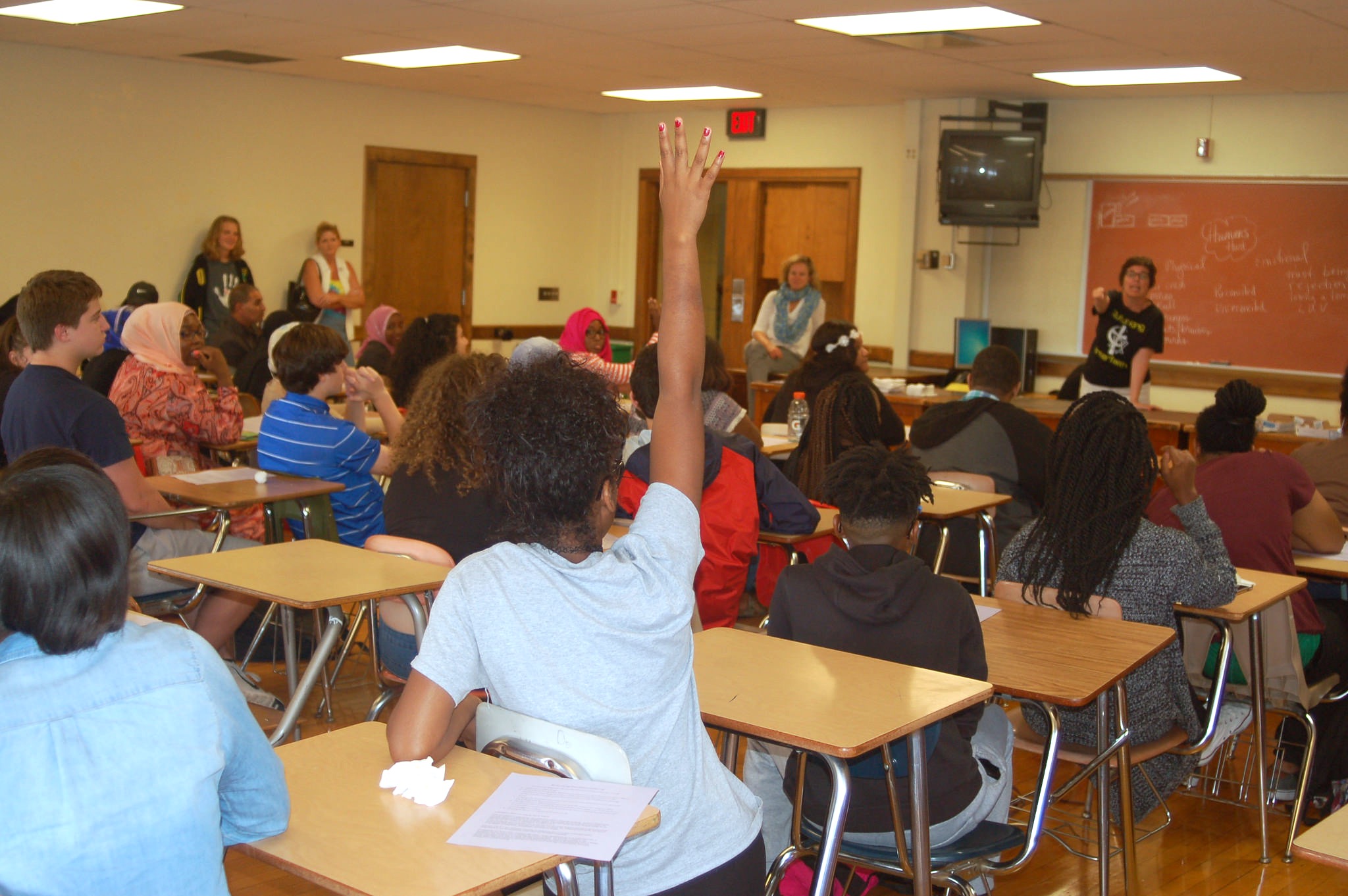 Students from Messmer High School, Milwaukee High School of the Arts and Rufus King International High School gather to discuss the meaning of forgiveness and forging paths to peace. (Photo by Naomi Waxman)

“Any time interfaith happens, that is a sacred thing,” said Kelly O’Keefe-Boettcher, an English teacher at Rufus King and faculty advisor to both student groups. Quoting American writer Alice Walker, she added, “Peace will come wherever it is sincerely invited.”

Damelin and Aramin are members of the Parents Circle – Families Forum (PCFF), a nonprofit organization uniting more than 600 Palestinian and Israeli families who have lost close relatives in the ongoing conflict. Established in 1995 by Yitzhak Frankental, an Israeli whose son was kidnapped and killed by Hamas, PCFF does not take a stance on possible solutions to the conflict, but endorses dialogue as an alternative to hatred and revenge.

In 2007, Aramin’s 10-year-old daughter, Abir, was shot to death by Israeli soldiers at a border checkpoint. Five years earlier, Damelin had received word that a Palestinian sniper killed her son David, a reservist in the Israeli Defense Force.

“It is the worst thing to lose a child,” said Aramin, “but you cannot lose your mind.” 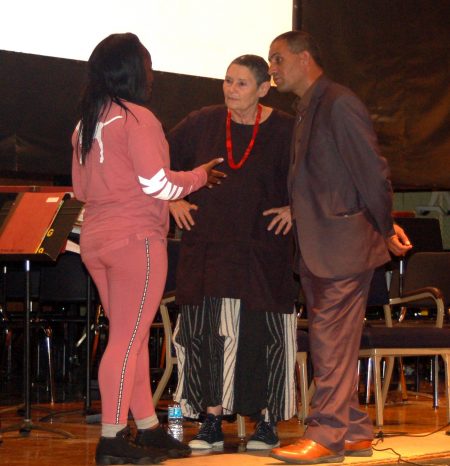 Aramin shared his own history as a young Palestinian man throwing rocks and later brandishing weapons at Israeli soldiers. Incarcerated at age 17, he languished in prison for seven years. This experience led him to the understanding that teaching yourself to talk to your enemy is a long process. He urged young people touched by violence to create a new future, quoting Mahatma Gandhi.

“Be the change you want to see in the world,” he said.

Damelin was raised in South Africa during apartheid and is well acquainted with the profound consequences of segregation. “When you are separated from other people, you learn to fear each other,” she said. “That fear turns to hatred, hatred to violence.”

This sentiment resonated deeply with students. Milwaukee, according to 2010 census data, is one of the most segregated cities in the country. The city’s legacy of segregation gained national attention after the recent shooting death of Sylville Smith by a Milwaukee police officer and subsequent unrest in the Sherman Park neighborhood.

Damelin recounted her experience watching parents onstage at the Democratic National Convention whose unarmed African-American children were killed by law enforcement. She recalled thinking, “It would be amazing if mothers of officers killed would stand up and say ‘no more violence.’”

After Aramin and Damelin’s presentation, students gathered in a Rufus King classroom to share their emotions and process their own experiences with death and violence.

Fardowsa Mohamed, a 17-year-old senior at Rufus King and member of Friends of Islam, said that the organizations invited the PCFF speakers to send a message of peace and unity. “I thought it was really interesting that after going through tragedy they decided to look for peace instead of trying to get revenge,” she said.

She hopes that hearing Damelin and Aramin’s perseverance in the face of adversity will inspire young people in Milwaukee to look toward a brighter future rather than focusing on negativity.

Jacob Jones, a 17-year-old senior at Milwaukee High School of the Arts, agreed with Mohamed. “People our age should hear more about issues from around the world,” he said. “It’s important to have big perspectives on life.”

Jones was touched by Damelin’s idea to bring mothers of slain African-Americans and law enforcement officers together. Communication, he believes, can lead to forgiveness, while retaliation creates further division in Milwaukee and around the country.

Dosia McKinney, 17, a member of Jew Crew and junior at Rufus King, said she was pleased that the stories told by Aramin and Damelin helped students gain a better understanding of global issues.

“It’s much harder to forgive than to just lash out at someone,” she said. “That message is powerful.”