You are here: Home / Community Voices / Incarceration without conviction must stop
Share this... 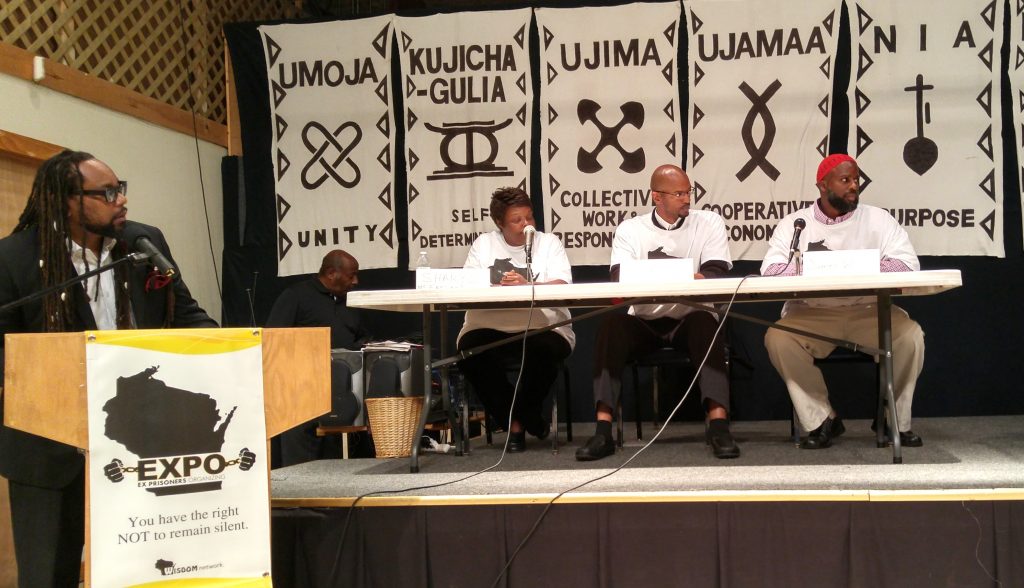 According to a groundbreaking Health Impact Assessment, the Wisconsin Department of Corrections (DOC) incarcerated nearly 3,000 people on probation, parole or extended supervision in 2015 who were not convicted of crimes. The DOC sent these people back to prison solely for violating rules of supervision. It is time for Wisconsin policymakers to stop this unjust practice.

Human Impact Partners, WISDOM, and EXPO (EX-Prisoners Organizing) conducted the assessment, which examines how incarcerating people without conviction affects the health of individuals, families and communities. Findings include:

On Nov. 22, WISDOM and EXPO released a book of stories entitled “Incarcerated Without Conviction: The Abuse of Revocation in Wisconsin.” The book includes the stories of several African-American men and women and several people with mental illnesses who have been incarcerated for minor infractions that did not involve new crimes.

Numerous stories demonstrate how incarceration without conviction can devastate black lives. The DOC forced EXPO leader Frank Davis to spend almost three years in prison for simply owning a computer and a cell phone. The DOC imprisoned EXPO of Milwaukee leader Wayne Murphy for 32 months for passing out drunk in public. Wisconsin officials incarcerated EXPO of Milwaukee leader Troy Hawkins for 18 months because he used alcohol and drugs and had sex without prior agent approval.

Wisconsin administrators sent EXPO of Milwaukee leader Ventae Parrow back to prison without conviction on three separate occasions. Parrow said, “It’s frustrating when you’re out here working a job, going to college, having a place to lay your head and helping your family out and then whenever they feel like it they snatch the rug from under your feet and they place you in prison even though you have not committed any crime.”

The DOC forced Louis Taylor to spend months in the Milwaukee Secure Detention Facility (MSDF) for several unsubstantiated allegations that his ex-girlfriend made after they broke up. Taylor’s experience with the revocation process in Wisconsin prompted him to say, “Black lives will never matter in Wisconsin.”

My story demonstrates how incarceration without conviction can harm people living with mental illness. A psychiatrist diagnosed me with paranoid schizophrenia in 1999. The state of Wisconsin convicted me of several offenses that were related to this disabling mental condition.

During the summer of 2007, Milwaukee police officers arrested me for disorderly conduct while I was experiencing symptoms of my mental illness. I was still on probation for a crime I was convicted of in 2000 so the officers took me to jail.

The officers arrested me a few days before I was going to start my second year of graduate school at UW-Milwaukee. During the 2006-2007 school year, I worked as a project assistant at the university and received a full-tuition scholarship.

I went to court after spending a few days in the Milwaukee County Jail. The judge, the prosecutor, and the public defender all agreed that my behavior did not fit with the definition of disorderly conduct. The judge dismissed the case, but I did not get to go home.

The DOC forced me to spend nearly six months in MSDF while I fought the revocation. An administrative law judge eventually revoked my probation. I went back in front of the sentencing judge a few weeks later. I faced a maximum of 12 years in prison but, fortunately for me, the sentencing judge decided to let me go home.

I lost my job, my scholarship and my apartment because of the revocation. I also lost my Supplemental Security Income, health insurance and FoodShare benefits. I had to re-apply for all of these benefits after I got released.

I returned to UW-Milwaukee after my release. However, I never got my job and scholarship back. I earned a master’s degree from the university in 2009.

It is time for the DOC to eliminate incarceration as a response to non-criminal violations of the rules of parole, probation and extended supervision.