You are here: Home / News / Arts and Recreation / Pride Football Club gives northwest side youth ‘something to smile about’
Share this... 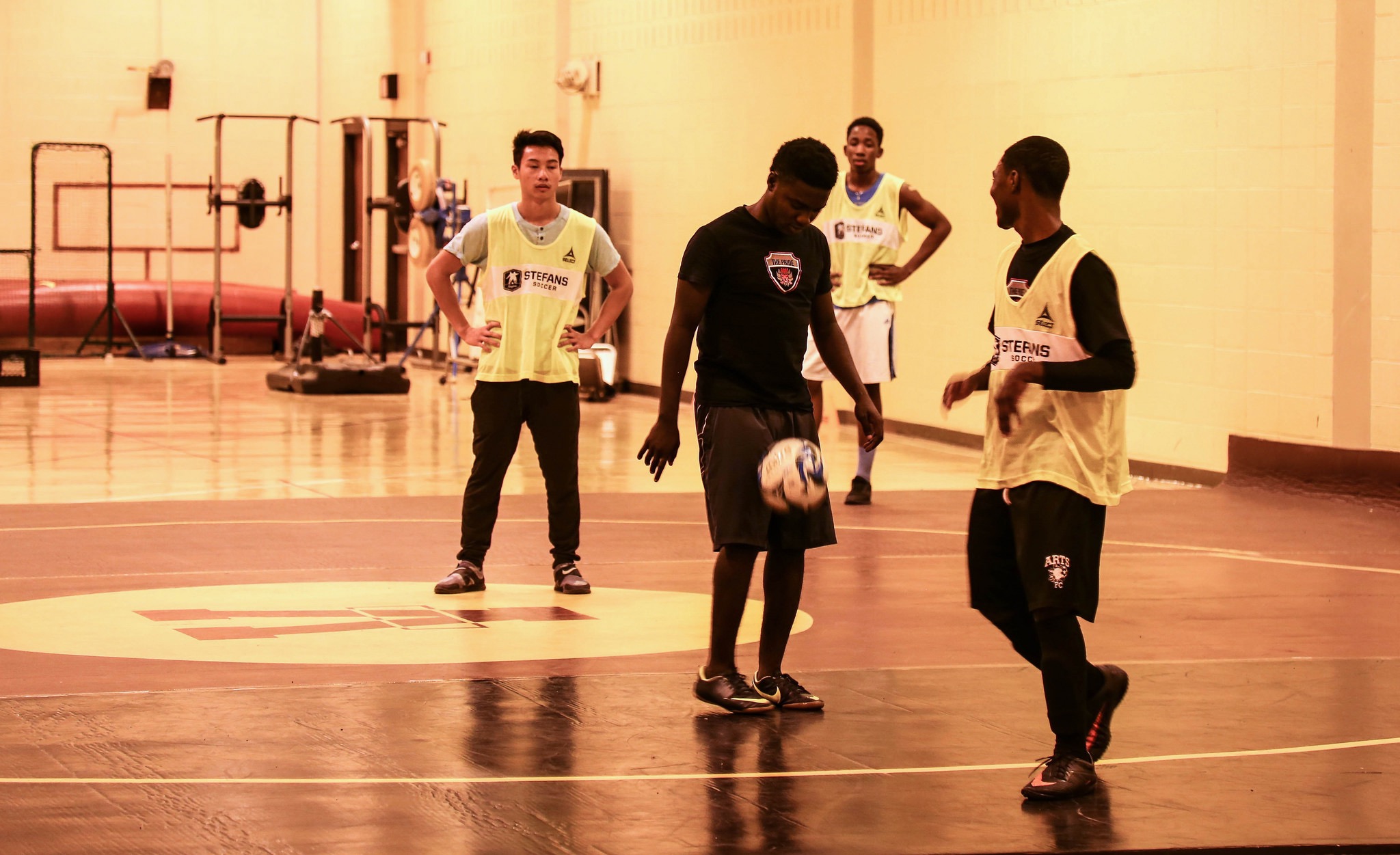 Robert “Biko” Baker and Tyrone Gordon, founders and coaches of the Pride Football Club soccer program, have been playing soccer all their lives. Baker played Division I soccer for Northeastern Illinois University and University of Wisconsin-Milwaukee and started coaching at age 21. Gordon played for the Minnesota Thunder for one season and Milwaukee Wave for two seasons.

Both men said that the sport and their close relationship with Jimmy Banks, their former Simba Lions coach, led them to establish their own soccer league on the northwest side.

Prior to starting Pride FC, Baker and Gordon were actively involved in Milwaukee Simba SC Jimmy Banks Futsal League, serving as coaches and providing transportation for players to get to and from practices.

“We would have eight kids packed in my Jeep to get all the way to Simba Lions practice. It was just too crazy,” said Baker. “I realized we needed to focus on this side of town; there was too much demand to ignore.”

A lot of kids love to play soccer, but they either didn’t know where to go or it cost too much, said Gordon. He and Baker initiated the Pride FC soccer league in the fall. There are about 30 kids involved, with an additional two or three joining every week. 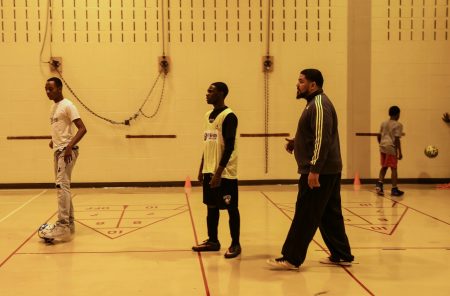 “We are still brand new. It’s a lot of work…but it’s worth it. Watching the kids grow, watching the game grow, there is magic there,” said Baker.

“This is something good for the youth to attach to, to call home. It gives them something to smile about,” added Gordon.

Solomon Demby, a senior at Vincent High School, said that Pride FC hasn’t just been about soccer and smiles. “It has helped me learn how to communicate with people better,” he noted.

Demby grew up playing the game in Africa. His position is goal keeper, which he said allows him to be the leader and control the team.

Tyrone Gordon Jr., 10, said he has been learning the basics since age 2. Tyrone’s position is striker, and he has scored more than 54 goals in his short soccer career. “I saw my dad score this amazing goal when I was a little, little kid and I knew I wanted to be a soccer player when I grew up,” he said.

Baker and Gordon hope to involve as many city kids and their families as possible. “I hope inner city kids see another way out…besides the streets. I want to show the kids, ‘I once was you; I made it in this game. You can too,’” said Gordon.

Pride FC’s first club game took place in November. The older team started with a record of 4-0, but the younger team has been getting “a little beat up,” according to Baker.

“Yeah, we just came from a big blow out,” said Tyrone. “That’s the hardest part… Losing and giving up easy stuff,” he added.

“The hardest part is getting tired,” interjected fellow player Jamarian Cowans, out of breath from running.

“I was in the paper in high school for soccer,” said Baker. “But these kids, they are doing tricks I couldn’t even do.… They can do the moves they are seeing on TV, and that’s cool.”

Gordon added with a laugh, “The most rewarding part is to see the kids learning. Kids came in who couldn’t even kick a ball, and now I can’t get the ball from them.”