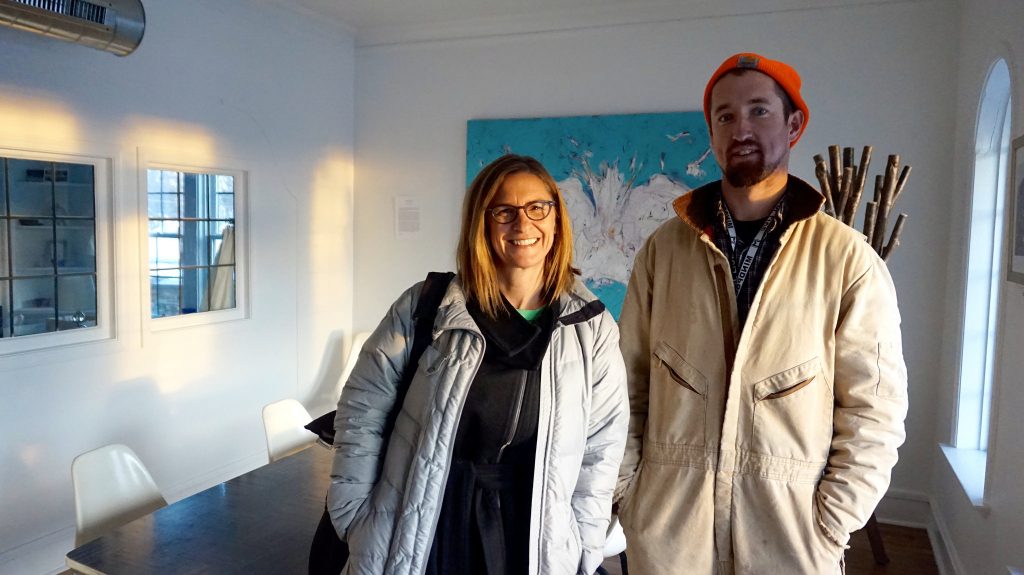 Editor’s note: This article is one of an occasional series profiling the 15 finalists for the Milwaukee Awards for Neighborhood Development Innovation (MANDIs). The Historic Walter Schmidt Tavern is a finalist for the PNC Trailblazer Award, which recognizes an innovative approach to a community problem.

Ashley Lee, a special assistant to the superintendent of Milwaukee Public Schools and Lindsay Heights resident, had never invested in real estate before, but her belief in community-driven development led her to join 42 neighbors in becoming a co-owner of the recently renovated Historic Walter Schmidt Tavern.

“We can build what we need as a community if we unite and use our resources wisely,” Lee said. “It’s important for me to have a literal stake in the ground for how we improve our neighborhoods, and this is a way I can do that.”

Real estate developer Juli Kaufmann of Fix Development partnered with Lindsay Heights resident Jeremy Davis to spearhead the project. Davis is the lead manager for Blue Skies Landscape at Walnut Way Conservation Corp. and has strong relationships with his neighbors.

“I’ve known for a while that Jeremy was someone who approached community in a really special way,” Lee said. “I knew it would be done in a way that was respectful.” 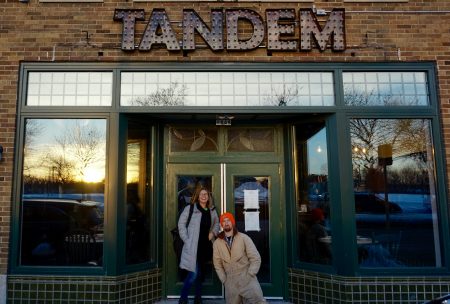 Co-developers Juli Kaufman and Jeremy Davis say that the Tandem is a great addition to the Lindsay Heights neighborhood. (Photo by Allison Dikanovic)

“I came into real estate development because I was seeing an absence of the kind of development I wanted to see in my neighborhoods,” Kaufmann said.

She said she has seen developments fail or achieve undesired results when residents’ voices weren’t considered.

“She [Juli] has the resources, she has the know-how, she has people who are willing to invest in something she’s doing, and she can … find a partner like Jeremy who knows the community and bridge that divide,” said Caitlin Cullen, the head chef at Tandem.

Community members directly financed the development through a crowd fund model that Kaufmann referred to as “do-it-yourself real estate development.”

After several investors got the project off the ground, Kaufmann and Davis found community members who could invest a minimum of $1,000. Kaufmann said she had used a similar model before with much higher minimum investment levels.

“Fundamental to everything I believe is that decisions should be made by the people who are impacted by them,” Lee said. “The process was inclusive and transparent.”

Kaufmann and Davis explained that the model is a viable, innovative alternative to traditional financing approaches, which would not have worked for this project and are barriers to development in disinvested neighborhoods.

“The systems that currently exist exclude many everyday, often high-risk start-up job-creating entrepreneurs in low-income communities who seek to revitalize their own main streets but lack access to capital,” Kaufmann said.

Kaufmann and Davis said that investors are on track to receive 6 percent return on investment, since the space is fully leased.

“In addition to a strong financial return…you get an investment in Milwaukee, and hopefully in things that you care about,” Kaufmann said.

Davis noted that investors are directly contributing to job creation in their own city while receiving the same return they would on a foreign investment. “The economic effects of that are huge,” he said, “because then those dollars are recycled in our own community.”

The Walter Schmidt developers hired a contractor from the 53206 ZIP code who brought on local subcontractors who are nearly all people of color, according to Kaufmann. All the employees of the small businesses renting office space are people of color and/or women.

Tandem hired people with ties to the neighborhood and is providing on-the-job training. “I yelled ‘jobs’ in a neighborhood with high unemployment and literally fielded phone calls nonstop,” she said.

“Everyone is proud of themselves and proud of each other here,” Cullen said of the Tandem staff.

Nancy Ketchman, a strategic communications consultant, located her business, Bottlewood Communications, in the development. She praised the beautiful conference room, proximity to downtown, affordability, network of other small businesses and the connection she feels to her community.

“I’m dedicated to making a life within the city of Milwaukee and doing what I can to make the city thrive,” Ketchman said.

According to Kaufmann, half of the commercial properties in the area are boarded up. “Until you move the private sector back in, you’re always going to have economic dysfunction,” she said.

Davis said he felt the benefit of Tandem on a snowy night when he couldn’t go grocery shopping. “I just walked three blocks and had a really quality dining experience in my own neighborhood,” he said.

Lee commented that the development adds dignity to her neighborhood and its residents.

“When you see money that is coming from a community back into a community, I think there is a different way of looking at the people there,” Lee said.

“People are sitting down and eating meals in our community and talking to our neighbors,” she added. “Some of those intangible pieces are the most powerful.”

Kaufmann said she hopes the development can catalyze development initiatives in Lindsay Heights and other historically disinvested neighborhoods.

Tim Syth, working to develop a property on the South Side, is using similar principles of community partnership and crowd funding. He said he considers Kaufmann a mentor and admires how she “thinks of real estate development and social development as one practice.”

Kaufmann said that despite the hard work, the Walter Schmidt redevelopment model is scalable and replicable.

“There are a lot of pieces to our financial package that made this work,” Kaufmann said, “but the core of it is community ownership.”

“It is an example of what’s possible, a labor of love and collaboration,” Lee said.

Editor’s note: This story has been updated to correct misspellings of Juli Kaufmann, Fix Development and Nancy Ketchman. We sincerely apologize for the errors.