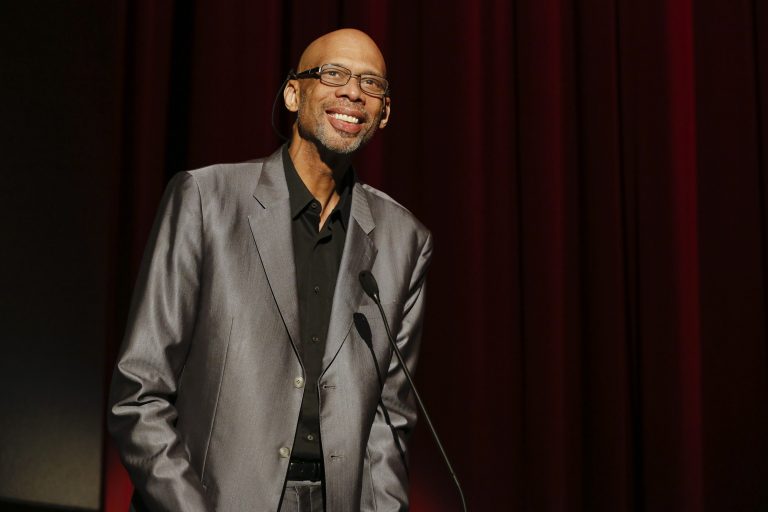 Basketball legend turned author and political activist Kareem Abdul-Jabbar will give a speech and take questions March 2 at the Milwaukee Theatre as the guest of the University of Wisconsin-Milwaukee Distinguished Lecture Series and the Muslim Student Association.

Doors open for the event at 6 p.m., and Abdul-Jabbar will begin speaking at 7 p.m. He will have a book signing after his talk. Copies of his books will be available for purchase. Abdul-Jabbar will sign only his books, not memorabilia.

Abdul-Jabbar began his professional basketball career with the Milwaukee Bucks, when the second-year franchise picked him as the first overall choice in the 1969 NBA draft. Abdul-Jabbar made an immediate impact, leading the league in scoring his rookie year. The next season, he led the Bucks to their only championship.

Abdul-Jabbar became one of the NBA’s most dominant players. His list of accomplishments is long: six-time most valuable player, 19-time all-star, six-time NBA champion, career points leader and many more. He retired in 1989 after a 20-year career and was enshrined in the Naismith Memorial Basketball Hall of Fame in 1995.

In retirement, Abdul-Jabbar has built a career as a bestselling author, activist and cultural commentator. He wrote his first book, the autobiography “Giant Steps,” while still in the NBA. Since then, he has published works about the Harlem Renaissance, a history of African-American intellectual accomplishment, a black tank battalion in World War II, a mystery novel and other subjects.

His most recent book, “Writings on the Wall: Searching for a New Equality Beyond Black and White,” talks about the country’s partisan divide, bringing to bear his experience as an athlete, African American and Muslim.

He’s a regularly contributing columnist for the Washington Post and Time magazine. His review of two books about Muslim identity was recently published in the New York Times.

In November, President Barack Obama awarded Abdul-Jabbar the nation’s highest honor, the Presidential Medal of Freedom, citing his basketball career and his work as an “outspoken advocate for social justice.”

The Milwaukee event is organized by the UWM Muslim Student Association. Supporters include several groups at UWM – Student Involvement, Sociocultural Programming, Division of Student Affairs, Division of Global Inclusion and Engagement, Campus Activities Board, Athletics, University Recreation and the College of Letters and Sciences’ Cultures & Communities Program – as well as the Islamic Society of Milwaukee, the Milwaukee Muslim Women’s Coalition and the Baye Foundation.

The event is free to UWM students. Tickets for others are $10 in advance for faculty, staff and and alumni, and $15 for the general public. At the door, the cost is $5 more.

Tickets go on sale Feb. 15 and can be obtained at the information center in the UWM Student Union or by calling 414-229-4825. In addition, members of the general public can purchase tickets online at dls.uwm.edu.

A limited number of seats are available for members of the media. To reserve a seat or request an interview, contact Michelle Johnson, UWM director of Media Services, at media-services@uwm.edu.

About University of Wisconsin-Milwaukee