You are here: Home / Home / Carousel / New UCC residential facility empowers women on journey out of addiction
Share this... 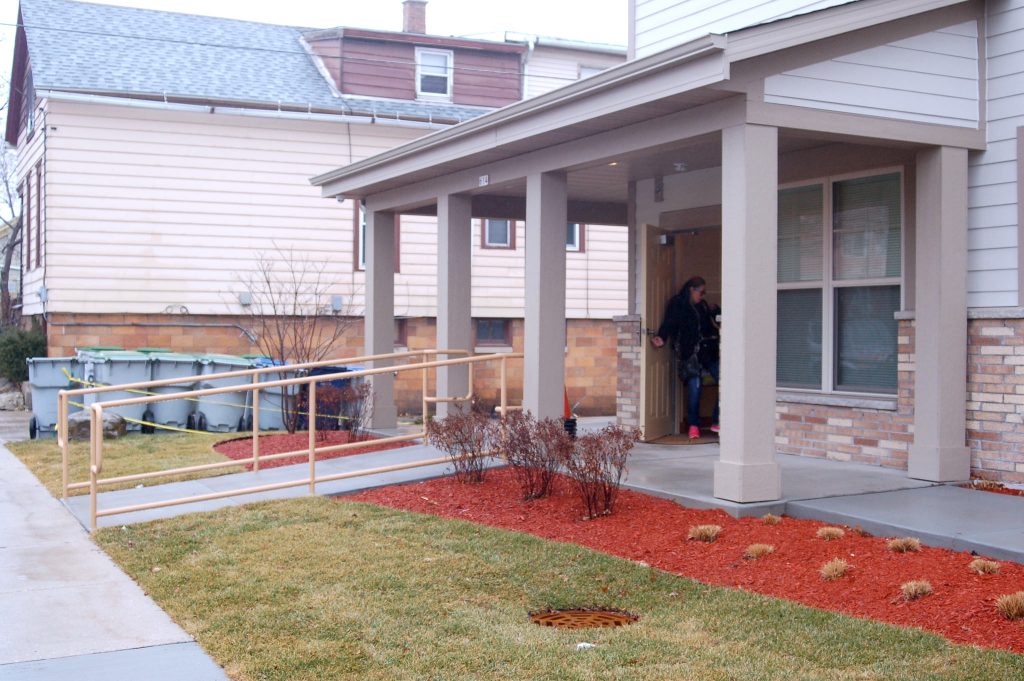 After more than four months in jail on drug-related charges, Laura Haas awoke one morning and realized she didn’t know what she was doing there.

“My light went on,” said Haas, a 60-year-old Milwaukee native. “I had a life before [heroin]… regardless of what I had to do [to get clean], I decided to do it.”

Opiate painkillers had become a crutch for Haas after a knee injury, but when her prescriptions ran out, she turned to heroin to keep withdrawals at bay.

Now a peer specialist working with the United Community Center’s (UCC) new Latinas Unidas II AODA (Alcohol and Other Drug Abuse) Residential Treatment Facility, Haas has chosen to dedicate her life to helping women like her on their journeys out of addiction.

Mayor Tom Barrett, County Executive Chris Abele, Ricardo Diaz, UCC executive director and Marisol Cervera, UCC director of human services for substance abuse treatment programs, joined a small crowd of supporters and service providers at a recent grand opening of the facility. All noted the dangers of opiates, especially to young people, and praised UCC’s efforts to care for clients and their families. 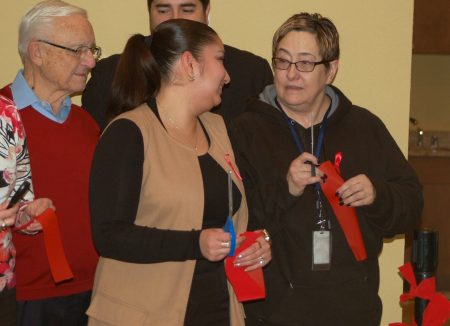 “At the local level… it’s about what works,” said Barrett. “In Milwaukee, there’s no question that what works is the UCC. If I could bottle it and reproduce it…we’d be much better off.”

The new facility will house 15 women, with two family suites set aside for clients who are pregnant or have infant children. Cervera stressed that while the new facility has many services for the Latino community, it will serve people of all races and ethnicities.

Services for pregnant and parenting clients are coordinated through UCC’s Madres Sanos, Ninos Sanos (Healthy Mothers, Healthy Babies) Program. Clients are not required to be drug-free upon entry but, according to Cervera, most go through approximately two weeks of detox and stabilization.

“This house will be a home, an inviting, warm, safe environment where these women will reside while they pursue their journey in recovery,” Cervera said.

Clinical Director Gena Sousa noted the taboo often associated with addiction and pregnancy. These women, she said, are often afraid to seek treatment because they fear judgment and rejection from service providers.

“[At UCC] we turn that situation into an opportunity…we can really help her to turn things around for her and her baby,” Sousa added.

“Routine [means] that you don’t have a lot of time to think about the past,” Haas said. “You have to move forward.”

Haas hopes to spread the message among neighbors and the community at large that substance abuse and mental illness are not moral deficiencies.

“We are mothers, fathers, brothers, sisters, aunts, uncles, just like them,” she said. “We need to all work together to decrease what’s going on.”

According to the Milwaukee County medical examiner, deaths from heroin overdose increased from 34 in 2010 to 116 in 2014 — more deaths than homicides and auto fatalities combined. In addition, The National Institute on Drug Abuse found a strong association between prescription painkillers and heroin use, the very circumstance that led to Haas’ addiction and subsequent incarceration.

Haas credits both UCC and the Milwaukee Drug Treatment Court with helping her survive and thrive on her road to sobriety. “It was here,” she said, her voice breaking with emotion and eyes welling up with tears, “that I learned the meaning of hope.”