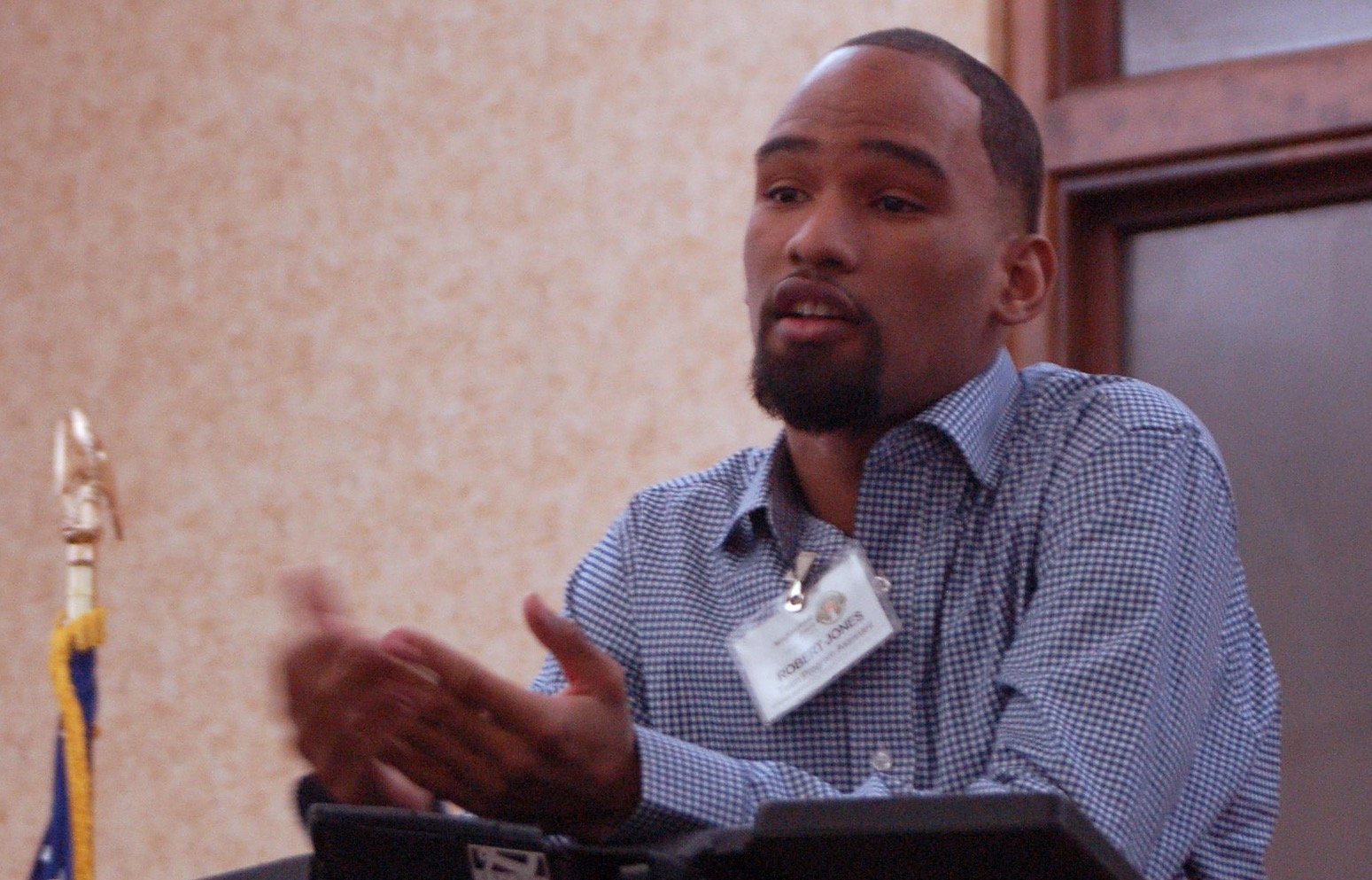 Robert “Redd” Jones, a mentor who attended Neighborhood House as a teen, shares his experiences with gun violence. (Photo by Camille Paul)

Nelicia Miranda, 15, remembers hanging out with her cousin, Anita Burgos-Brooks, at girls’ nights. Nelicia and her sister would visit Burgos-Brooks and they’d paint each other’s nails and eat their cousin’s fried shrimp.

“We were there almost every other day; she would work late and we would watch her daughter,” Nelicia said. “It was like our second home. She was just a good person to be around.”

Burgos-Brooks, known as Anita Bee, was a Milwaukee poet and a member of Delta Sigma Theta Sorority. In December 2012, Nelicia and her family received a phone call at 3 a.m. informing them that Burgos-Brooks was shot and killed in her home by her husband, Keith Brooks.

“I woke up shocked. I thought it was a dream,” she said. “It didn’t feel real to lose someone like that, who was so good, pure hearted and beautiful.”

Nelicia told her story at Neighborhood House of Milwaukee during the recent Teen Gun Violence Prevention Summit. The four-hour summit included presentations by Safe & Sound, focused on explaining the consequences of drug use, and personal stories or spoken-word performances by teens about gun violence and drug abuse. After the performances, a Milwaukee Police Department officer spoke about gun violence in the city.

Nelicia, who was 13 when she lost her cousin, turned to harming herself as a way to deal with the grief. 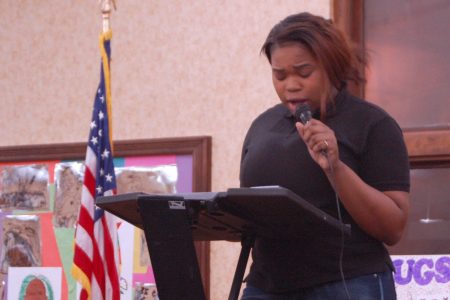 Alexia Evans reads her poem “You Don’t Live on My Street” at the summit. (Photo by Camille Paul)

“I felt like the world was going to end and there was no escaping this everyday problem of gun violence,” she said. “It was really difficult to cope with the fact that she wasn’t here with us anymore.”

Nelicia turned to counseling and religion to find solace after her cousin’s death. Now, she works for Neighborhood House as an outdoor environmental educator in the summer and attends the after-school teen program. She writes poetry and hopes to attend college to major in business and open her own hair salon.

“I’m still growing and they are helping me,” she said. “It’s like a family here.”

Robert Jones, 24, is now a mentor at Neighborhood House where he started going when he was 15.

“I was lost as a kid. People use to call me a savage. I would do anything to anyone no matter who they were,” said Jones. “I would fight people, shoot at them, or rob them depending on how I felt that day.”

Jones grew up on 19th and Hampton with his mother and two sisters. Jones’ father was absent from his life and his mother turned to cocaine to deal with her struggle with illness.

“I was a lonely boy and I had no structure,” he said. “I had a lot of anger and sadness.”

Jones turned to violence and spent time in jail for pushing drugs and gun possession. He said he has lost more than 20 people to gun violence, including his best friend and brother.

“There needs to be more restrictions, I could go out and get a gun right now,” he said.

When Jones was 15, his mother decided to move him closer to downtown and to Neighborhood House.

“All of the killing that was going on with my brother being killed, my cousin trying to find his killer, and me in the middle of it, my mom knew I was going to end up either in jail or dead.”

There, Jones met James Austin, an Army cadet and former Neighborhood House employee. Austin mentored Jones and became a father figure to him, showing him the love he didn’t receive as a child.

“No matter what I did he was always there to help,” Jones said. “He brought me over to the house for dinner and would cook for me and show me true love and care.”

Jones followed Austin’s footsteps and became a mentor. He attempts to foster change in teens who attend the program and keep them from making the same mistakes that he made.

“Some of them just don’t know what love feels like and never had anyone care for them. So it takes some time for them to get use to it.”

Jones hopes to play basketball in college and study criminal justice to become a cop.

“Someone showed me that I have a kind heart and I have a lot of patience,” he said. “I want to make a difference and as long as I help someone else, that makes me happy.”